Executives say a tangled web of state regulations would stifle development, and that autonomous cars should be allowed to cross state lines with ease. 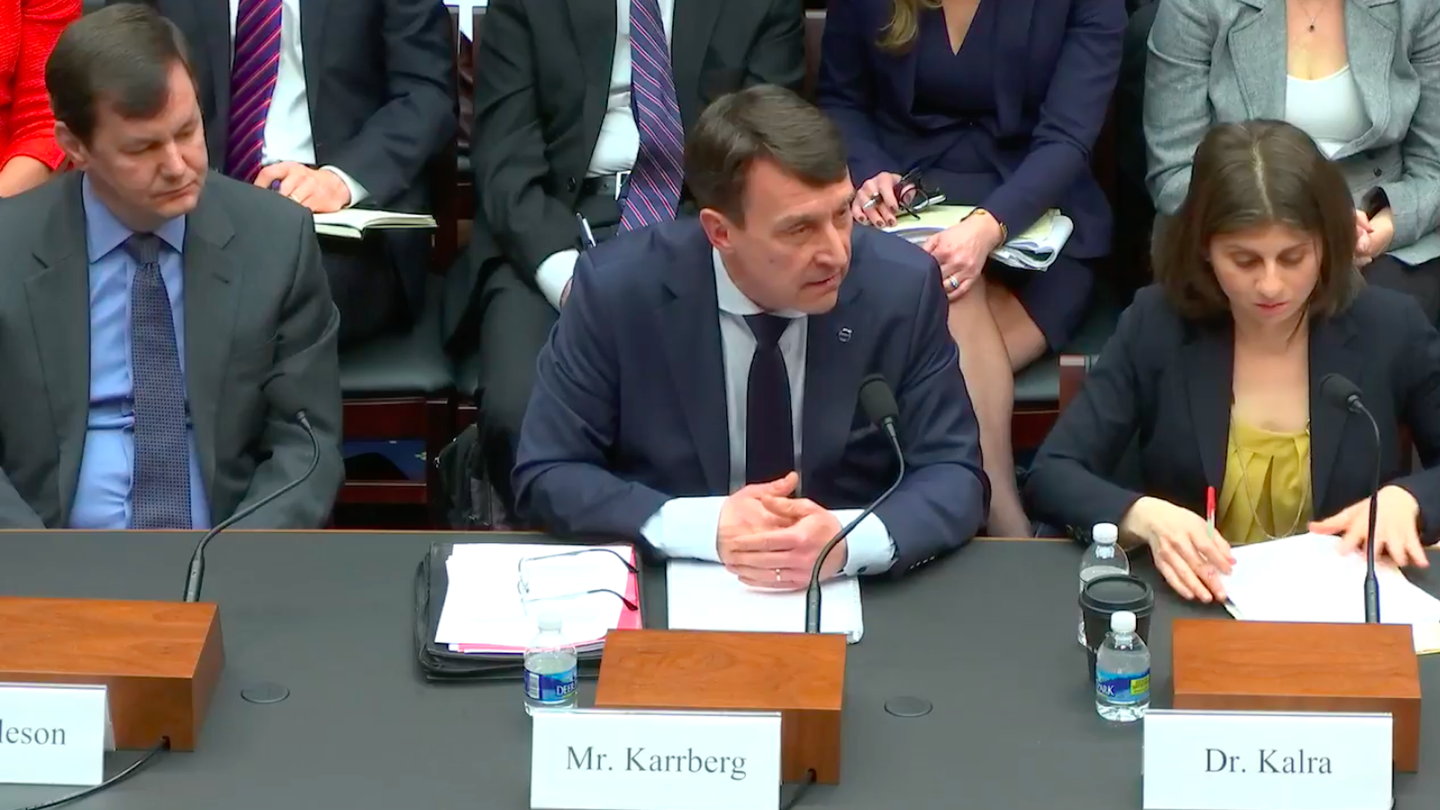 Autonomous driving has the potential to prevent many of the 35,000 annual traffic fatalities that occur in the U.S. each year, according to many auto makers and automotive safety experts. This potentially life-saving technology is making rapid gains and could soon be mature enough to deployed into the market. However, automakers are stymied by the patchwork network of state rules that regulate how companies can develop and test their safety systems, and would prefer that the federal government take the lead in creating a regulatory framework.

Executives from General Motors, Lyft, RAND, Toyota and Volvo met with Congress' House Energy and Commerce Committee yesterday to discuss the “road to deployment" for autonomous driving technology. Volvo's Vice President of Government Affairs, Anders Karrberg, explained to congressional members that the company is testing its autonomous vehicles in Sweden, London, and China, and would like to bring its DriveMe program to the U.S. However, regulations governing the technology vary from state to state, and this a patchwork of state restrictions rather than a blanket federal framework threaten to slow development of this life-saving technology.

"In just the last two months, over 48 AD bills have been introduced in 20 states. Thus, the US still runs the risk of slowing down the development and introduction of autonomous driving technologies by making it difficult for car makers to test, develop, certify, and sell AD cars," said Karrberg in his testimony. "In the US, autonomous vehicles should be allowed to seamlessly cross state lines."

Dr. Nidhi Kalra, Co-Director and Senior Information Scientist, RAND Center for Decision Making, also pointed out that lack of federal guidelines may be hindering market testing and deployment of autonomous driving systems. She explained that real-world driving experience is an essential ingredient for improving safety, but at present there is no proven, practical way to test autonomous vehicle safety prior to widespread use, and widespread testing of these nascent systems present the public with the same risks the technology aims to reduce.

To remove this "Catch-22" that auto makers face, she recommended the committee implement testing methods and develop a regulatory framework using those methods that "balances the need for development and deployment of the technology with appropriate levels of safety at each stage of exposure."

To put the urgency of federal government involvement in perspective, Michael Ableson, General Motors' Vice President of Global Strategy, referenced the death of a co-worker's 18-year old son due to distracted driving. He pointed out that during the hearing another eight people will have died in vehicles on U.S. roads, highlighting the need for the committee to develop a policy framework that will bring autonomous systems to public roads as quickly and safely as possible. However, lawmakers had questioned "how safe is safe enough?"

Toyota Research Institute's CEO Gill Pratt answered, "We worry that the public may not accept that If there are 35,000 fatalities a year because of human driving would the public accept 34,999 because of a machine? I think the answer might be no. We don't know what the safety factor has to be, and what we'd like is to work with collaboratively with government to figure out what the answer is, but we worry that it may not be one."

Can state and federal regulations work together?

Rep. Doris Matsui responded that she understood the industry's desire to avoid the patchwork of state regulations, and wanted to know where the panelists thought regulation might be needed at both the state and federal levels.

Pratt noted that state regulations, while well meaning, may lead to unintended consequences. He used California's requirement for automakers to report autonomous vehicle system engagements in a report to the Department of Motor vehicles. "It creates a perverse incentive to make companies not test difficult cases," he explained to the committee.

"We totally support very rigorous regulation of this and high standards of safety, but we think there should be one standard," he said.

Subaru joins a growing list of other automakers and tech companies alike to test self-driving cars in the Golden State.

Skeptics will attend, and are expected to sound… skeptical.