The company behind Vespa scooters has created a rolling “cargo robot” to haul your stuff. 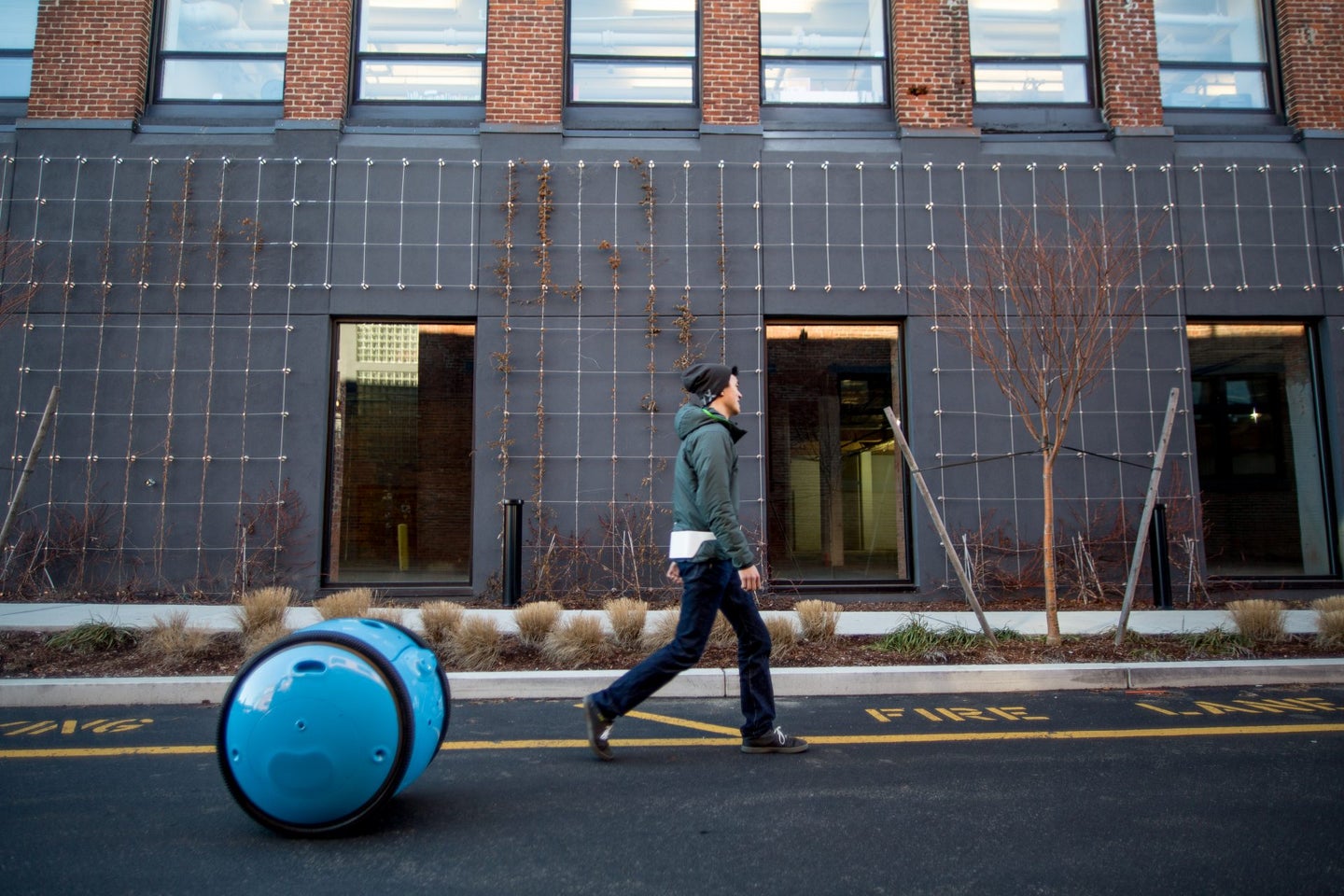 An Autonomous Vehicle for Your Stuff

If you think the robotic revolution begins and ends with things like self-driving cars and autonomous helicopter taxis, you're not thinking small enough. But Piaggio, the Italian company behind Vespa scooters and Motto Guzzi motorcycles, certainly is with its new personal valet robot, Gita.

Dubbed a "cargo robot," the cylindrical carbon-fiber bot is just 26 inches high, has zero turning radius, and can carry 40 pounds of gear up to 22 mph—to keep up with a jogger or biker—and under ideal conditions can function for up to eight hours. Thanks to the various cameras embedded in its shell, Gita can follow a person, or perform a solo navigation of an area it has previously mapped. The machine was created by Piaggio's in-house ideas incubator, Piaggio Fast Forward, based in Boston.

“We come from a world of lightweight, two and three-wheeled cycles, scooters and mini trucks. Everything we do is lightweight and made for highly congested cities, like Bangkok or Hanoi, where traffic is a real problem. We wanted to extend people’s movement and encourage them to move more freely and easily, even in congested environments.”

While being shadowed by a big blue rolling purse may seem odd, there's a secondary benefit, according to Piaggio Fast Forward's chief operating officer Sasha Hoffman, who told TC that, because Gita maps its environment while following a human, operating the bot indoors will allow the company to create a database of navigable location data which is essentially invisible to services like Waze or Google maps—places like airports, campuses, and resorts. That's good for, say, tourists, but also a boon to the people who work at such facilities and may soon be able to summon tools or supplies remotely.

It’s a friendly runabout, an urban mule, even an apex bomber. This little Vespa does something you want.