The VCR dies this week. Which car movie, mainstream or underground, left the biggest impression on you? 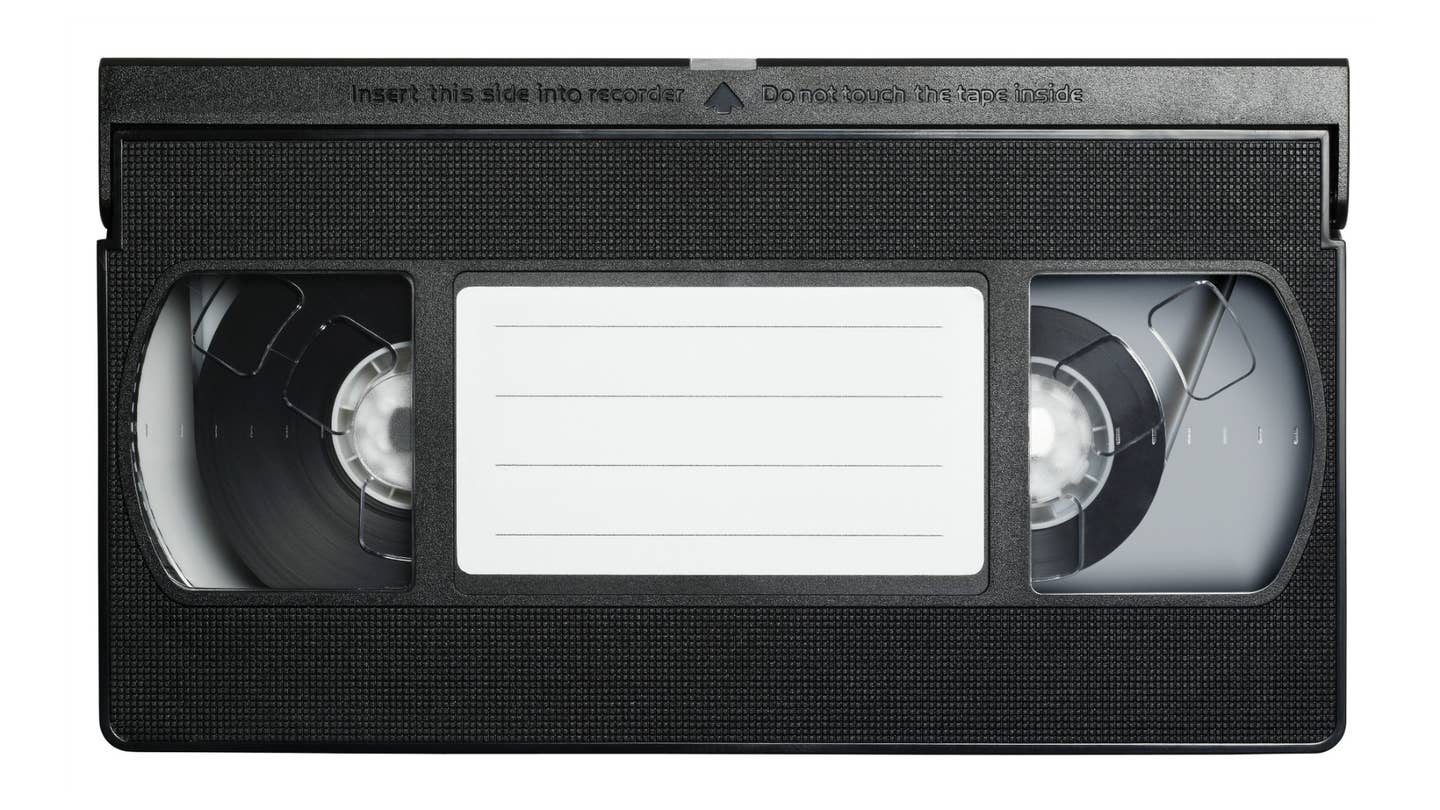 The VCR is dead. Long live the VCR.

Yes, Funai Electric, the last manufacturer of videocassette recorders, will build its final player this week. Per Forbes, the company, which produces units for Sanyo in China, says sales have been on the slide. Also that dwindling production has made parts too expensive and difficult to source. At the height of popularity, Funai claims it sold as many as 15 million VCRs annually; last year, that number sunk below 750,000. Which isn't enough to justify existence, but still more than Betamax. (Suck it, Betamax.)

After lording over home media for over two decades, retail VHS sales were surpassed by those of DVD for the first time in 2001. Rentals followed in 2003. A History Of Violence, the Academy Award-nominated Viggo Mortensen vehicle, released in 2006, is widely cited as the last major Hollywood movie for the format. Except it's not. Maybe.

See: The curious case of Disney/Pixar’s Cars on VHS. According to videocassette collector enthusiasts (yes, such a thing exists), a limited run was released in February, 2007, nearly a full year after A History of Violence. These apparently went out to the few remaining members of a Disney home video club. Because the Internet is the Internet, VHS copies of Cars have become a unicorn of sorts, occasionally popping up on Amazon or eBay at silly prices, before being snatched up immediately. Forum posters claim under 1,000 are in circulation; others say the whole thing's a hoax, and that Cars tapes are a bootleg industry. (It’s worth noting that A History of Violence as the last major release is received online wisdom from a Los Angeles Times article published in 2008.)

Sound insane? Check out a YouTube upload of a purported unboxing. There are no words for this brand of weird:

So Cars might’ve been the last VHS, but it certainly wasn’t the best of the automotive genre, especially not for enthusiasts. Early Megalopolis Expressway Trial and Teckademics tapes hold up, as do the Best Motoring magazine supplements. Stefan Roser’s infamous Ruf CTR Yellowbird lap at the Nürburgring, the Faszination promo, was originally released on VHS. There’s a whole lot of bitchin’ second-gen Camaro in Heavy Metal Parking Lot. Does that count?

If not, what’s the greatest car-related VHS tape ever? Mainstream, underground. Whatever. Comments section below.