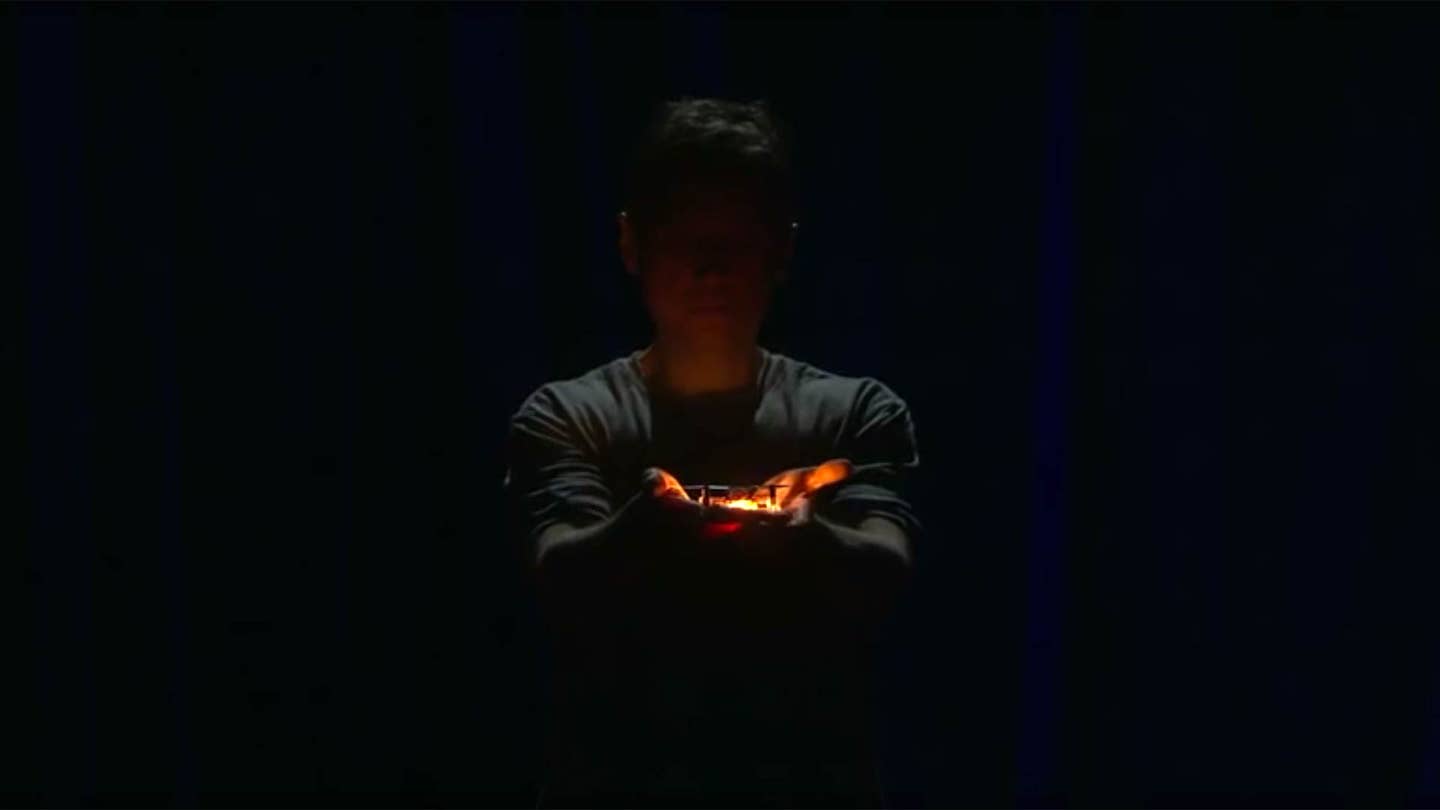 In the brief period since they began gracing the skies, drones have changed the face of aviation. They let militaries conduct reconnaissance and strikes without risking human pilots, allow filmmakers of all shapes and sizes to capture aerial footage on the cheap. Also, give people a whole new way to mess with animals, because we're awful. But the present capabilities of autonomous flying machines pales in comparison to what the future may hold.

At least, that's what Raffaello D'Andrea thinks. During a TED talk filmed in February 2016, D'Andrea, who serves as professor of dynamic systems and control at the Swiss Federal Institute of Technology, pulled back the curtain on the future of drones, revealing what future-minded engineers are developing. Among the highlights:

That's are just the tip of the iceberg. And reading brief descriptions of these drones is a poor subsititute for seeing D'Andrea show them in action. So do yourself a solid, and carve out 12 minutes to watch the video below.