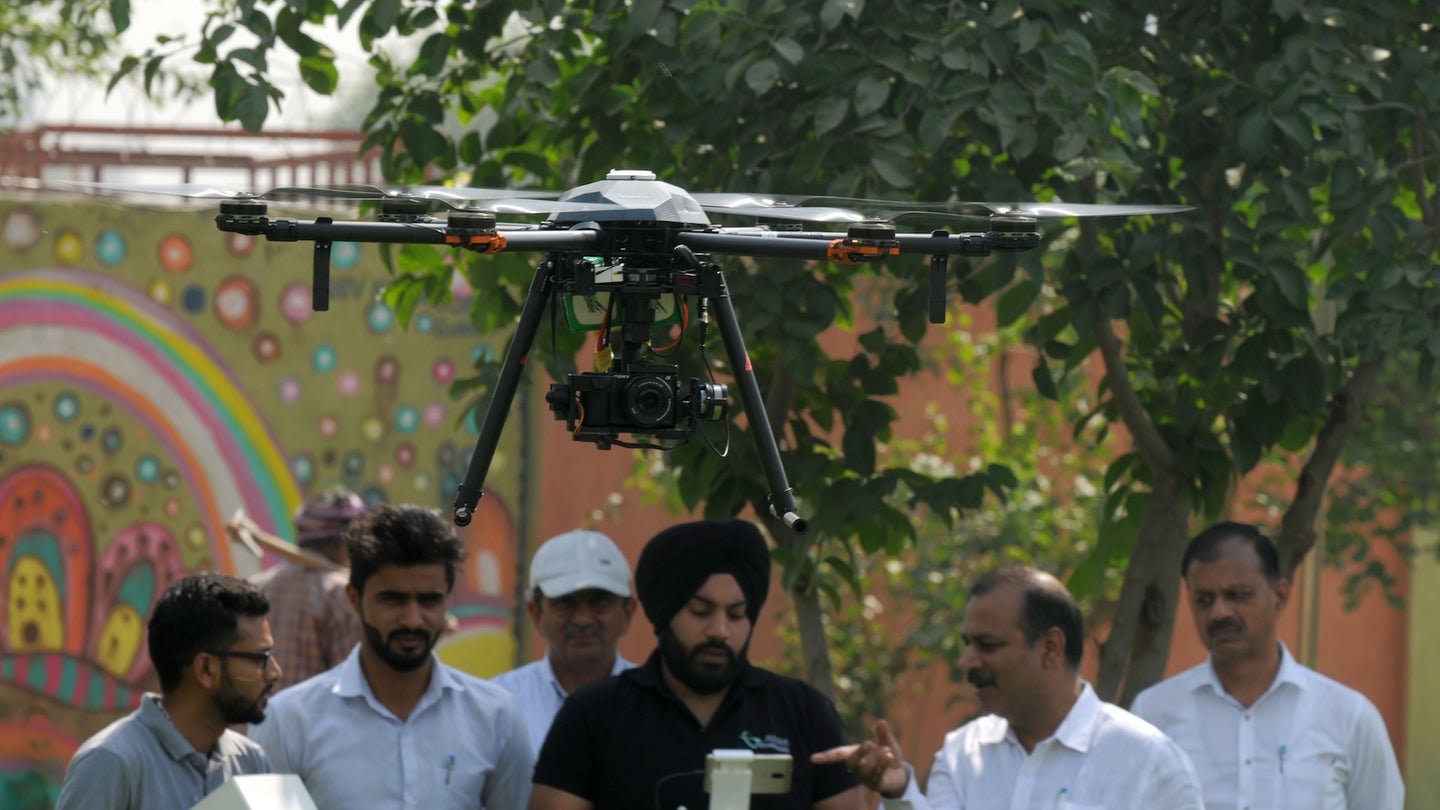 The Coimbatore forest department in India tested aerial elephant monitoring and herding via drone Tuesday in an effort to reduce man-animal conflicts by ushering the elephants out of populated areas and back into forests before incidents can occur, The Times of India reported.

Tuesday’s trial flight saw a camera drone monitoring an elephant herd near Mangarai, with the noisy whirring of the unmanned aerial vehicle helping to herd the animals into the nearby forest. The state-funded drone itself, which arrived two weeks ago, cost around $7,000 dollars (500,000 rupees).

“If wild elephants are disturbing the livelihood of the people, then we will take steps to shift elephants from one place to another or will send them to elephant camps after getting permission from higher officials,” said chief conservator of Coimbatore forests, Deepak Srivastava.

The Coimbatore forest division is comprised of seven various ranges: Karamadai, Mettupalayam, Sirumugai, Madukkarai, Boluvampatti, Coimbatore, and Perianaickenpalayam. This particular range has seen a substantial increase in dangerous incidents between elephants and locals, which the forest department hopes to reduce with this potentially standardized drone implementation.

Currently, the project is in its nascent stages, with Tuesday’s trial flight the first reported instance of the Coimbatore forest division actively testing this unmanned aerial method of animal herding and monitoring. As it stands, there are plans to properly prepare local authorities to use the singular drone, with expansion of its implementation depending on the successes, unforeseen scenarios, and requisite funding.

Ultimately, chasing down elephants with loud whirring machines doesn’t provide the most pleasant of images, but the fact is that this kind of unmanned strategy could result in a net-positive for the locals, the forest officials, and the elephants themselves. These animals aren’t easy to manage, with their collective weight, heft, and power carrying serious potential to injure anyone trying to guide them along.

Additionally, being physically removed from manual herding, if successful, could steer these animals out of harm’s way in populated villages where safety isn’t guaranteed. Hopefully, the Coimbatore forest division’s new strategy will see positive results, so that all parties involved can continue to coexist as peacefully as possible.