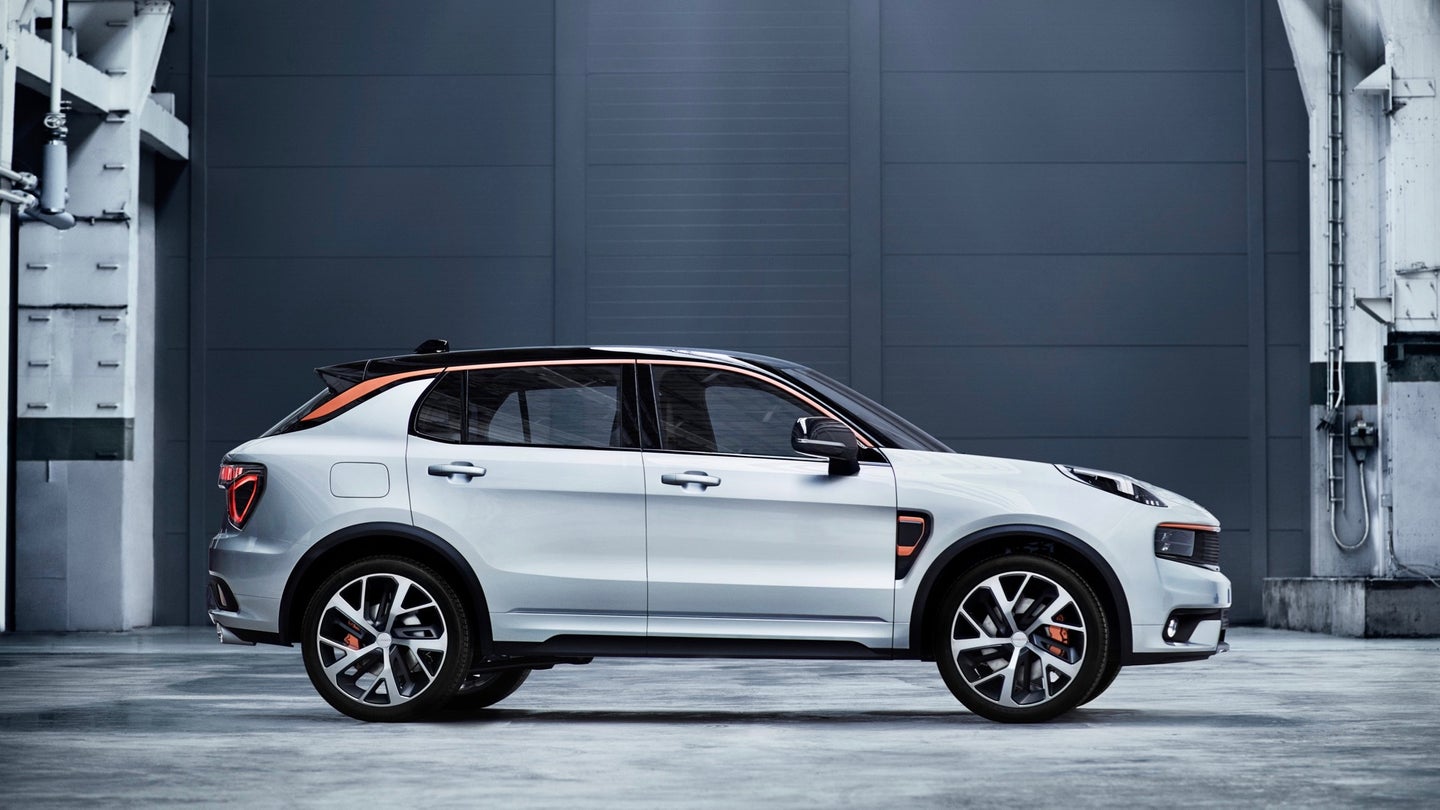 Other than a claimed electric range of 50 kilometers (31 miles), no specifications for the plug-in hybrid powertrain were offered. We do know that the plug-in hybrid will be one of three powertrain options for the 01. Lynk & Co previously said it would offer a standalone 2.0-liter four-cylinder gasoline engine, and a hybrid powertrain (sans plug) pairing a 1.5-liter turbocharged three-cylinder engine with an electric motor.

For those unfamiliar with Lynk & Co, the brand bills itself as Airbnb for cars. When drivers aren't using their cars, they will be able to share them with other people by temporarily granting access through a programmable locking system. All of this is coordinated through a smartphone app. Lynk & Co also plans to use some unspecified alternative to traditional dealerships to distribute cars.

The 01 rides on the same Compact Modular Architecture platform as the Volvo XC40, and it will be built in Ghent, Belgium alongside the Volvo. Production of the plug-in hybrid in 2019, but sales won't start until 2020. The initial launch will be limited to the European cities of Amsterdam, Barcelona, Berlin, Brussels, and London. All Lynk & Co vehicles sold in Europe will have hybrid, plug-in hybrid, or all-electric powertrains, senior vice president Alain Visser said in a statement.

Lynk & Co has only confirmed the 01 plug-in hybrid for Europe so far, although it will likely be sold in the brand's home market of China as well. The 01 will be followed by two more models named, surprise, the 02 and 03. Lynk & Co is planning a U.S. launch, but it's unclear what mix of vehicles will be offered here.