Pre-orders are open for the ‘wireless charger that Tesla forgot.’ 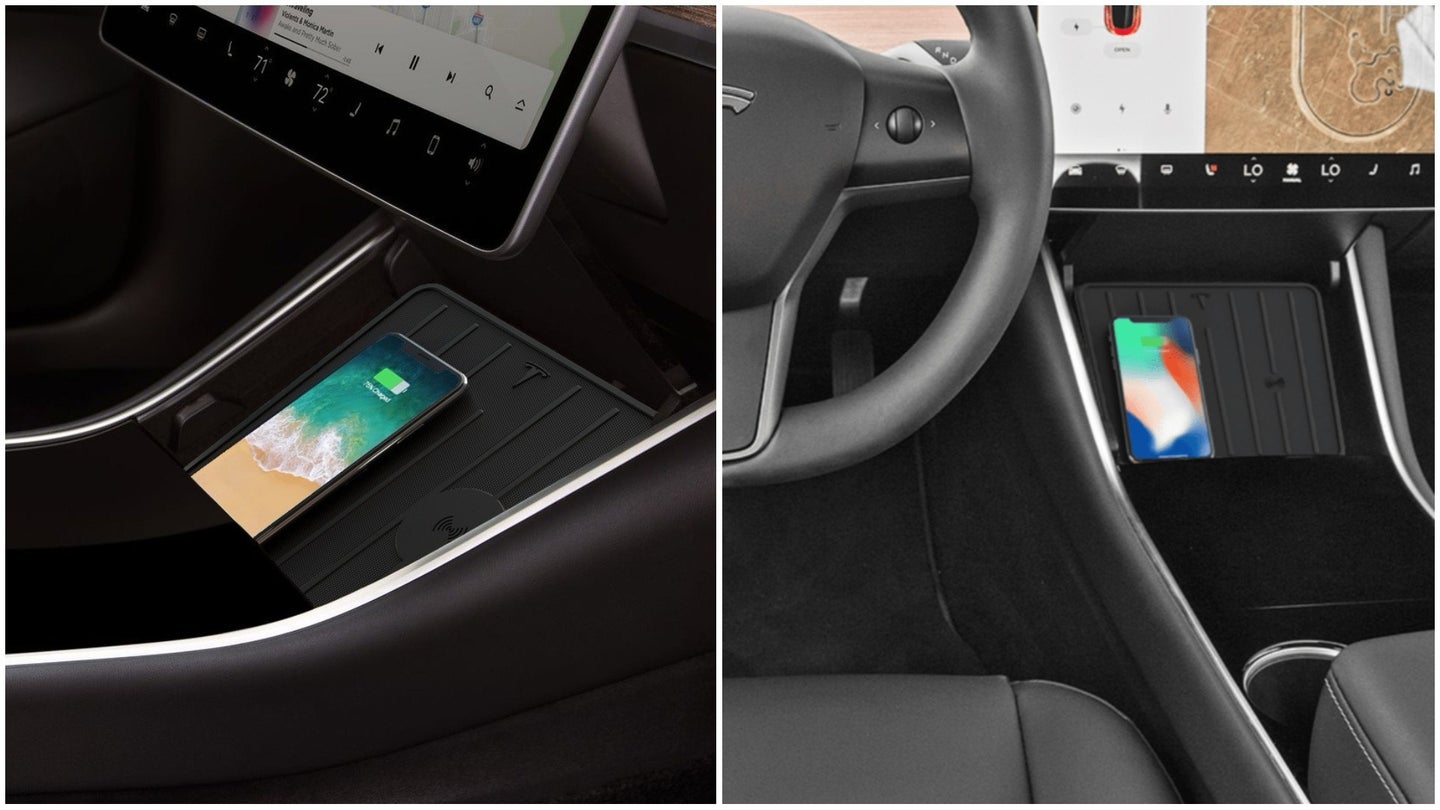 Qi wireless charging is a neat bit of tech available on many current model smartphones. It allows the user to simply place their phone on a specially designed pad and charge it without worrying about plugging in any cables. Recently, manufacturers such as Ford, Honda, Volvo, and Mercedes have responded to the trend by offering integrated charging pads in their cars as well. Tesla, despite priding itself in being on the forefront of modern tech, has not offered wireless charging in any of its vehicles; that's where the Tesla Wireless Pad comes in.

A team of engineers and designers have come together to offer an easy aftermarket solution to Model 3 owners who have the need for a wireless charger. The pad can charge two Qi-enabled phones at once and is made with a polyurethane coating for maximum grip. While the current product was designed with the Model 3 in mind, the Tesla Wireless Pad team told The Drive that they are also working on versions to fit the Model S and X.

"People have been requesting this feature in forums since news about the Model 3 initially came out," the team said. "In fact, a number of individuals have tried to Macgyver wireless charging docks to fit into their Tesla cars. Seeing the need and desire for this, we spent months working on prototypes and designs before settling on the final version of the Tesla Wireless Pad. The Tesla Wireless Pad is the first product which is completely retrofitted for the Tesla Model 3, and blends seamlessly into the current design."

Installation is easy. The user must simply remove the Model 3's standard console pad, replace it with the new one, and plug the charging cable into USB. The wireless pad will then charge any enabled phone with a 10-Watt power output, which should be comparable to most standard chargers.

The final product is slated to be available in April for $99. Customers have the option to make an early reservation for a $20 discount.

Audi Is Helping Give the Moon a Cell Phone Network

The automaker is already working to send a vehicle to the Moon.