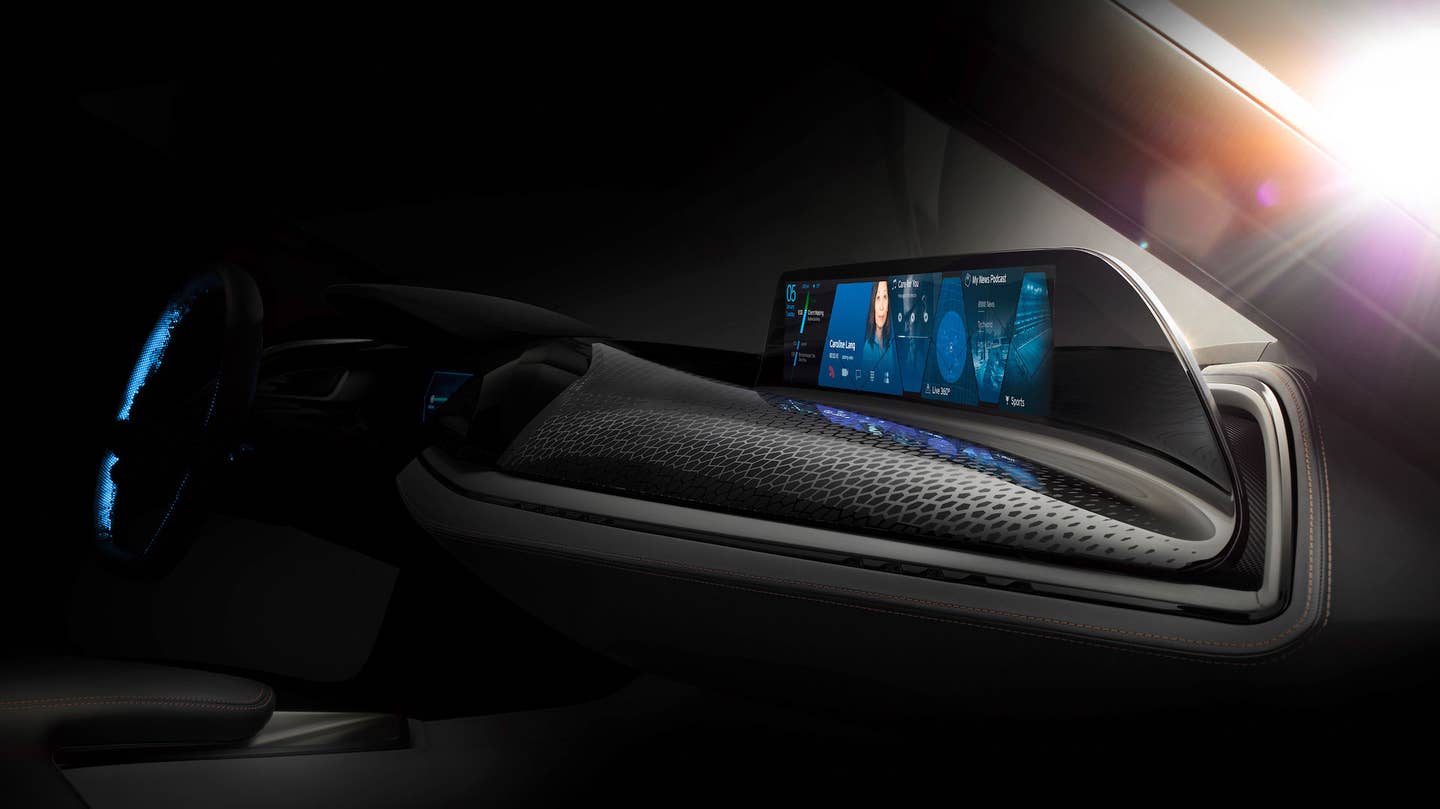 CES used to stand for Consumer Electronics Show, but not anymore. No, the acronym stands alone now, three letters that stand for the largest trade show on the planet, held annually in Las Vegas. This year’s event runs from January 5-10 and, like each year before it, the automobile will be more important than ever. Audi, Mercedes, Ford, Toyota—they’ll all be in attendance, part of an automaker collective set to swallow up another 25 percent of show space. BMW will be leading the charge by unveiling its new AirTouch dashboard.

The idea? A touchless interface, where all your infotainment needs are met via gestures. It’s an expanded version of the gesture-control system BMW rolled out last year, which has made it into production via new 7-Series sedan. But while that system is limited to simple controls, this AirTouch allows users to enable sensors that reside ahead of the center console. Occupants can then gesticulate in front of the screen to enable menus and submenus. BMW says this system reduces the number of steps required to transact with the directory.

I’m reserving judgment on that. Because, typically, my primary infotainment pain point isn’t the button, mousepad, or wheel; rather, it’s organization of sub-menus (say climate control, or audio options). Navigating them requires far too much thinking, tapping, swiping, etcetera to get the result in short order while keeping the car on the road. BMW, for example, makes it incredibly difficult to manually tune an FM station on their most current models.

Meanwhile, many automakers’ voice-activated systems are (finally) leapfrogging their buttons, dials, and touchpad controls. BMW is among them. So while AirTouch could rock, I don’t think the real problem is interfacing. It’s the human dope unwilling to just talk to the car and keep its grubby mitts on the tiller. BMW surely knows this, and as a chit they offer this in the release about their latest experiment:

Read: Move over to shotgun, let your future BMW drive itself.