The power of the Musk in full effect. 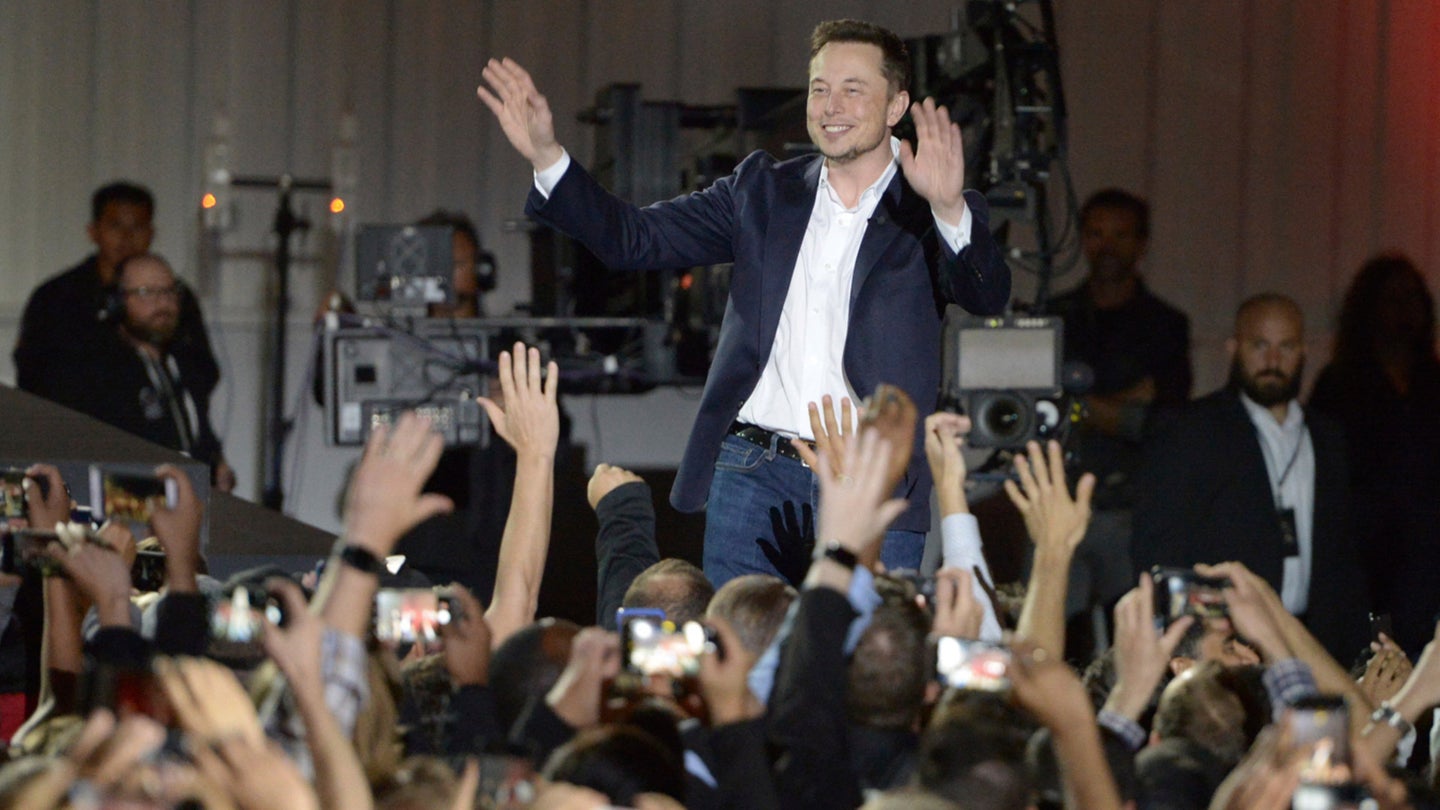 Tesla CEO Elon Musk's ability to capture public attention has been well-documented by this point. But it seems Musk's abilities to make people listen isn't just relegated to flashy press conferences and Twitter posts; as it turns out, the brilliant Silicon Valley is pretty good at wooing investors, too. The most recent evidence for that: Musk reportedly convinced investors to hand over around $600 million over the course of a handful of hours on Monday.

According to a group of investors who spoke with Automotive News, Musk raked in the more-than-half-billion-dollars during a bond buyers' meeting in New York City, as part of Tesla's plan to sell around $1.5 billion in debt in order to dig up cash to help finance the ambitious launch of the new Model 3, as well as the company's other bold plans.

And even though Musk is selling junk-rated debt bonds instead of sexier investment products, his charisma was apparently enough to convince buyers to accept an interest rate less than 5 percent on the arrangement, according to the investors.

Rating agency Standard & Poor's awarded the bond issue a B- rating, according to Reuters, while separate rating agency Moody's rated it at B3—both of which put the bonds deep into junk territory. S&P also has given Tesla a B- long-term corporate credit rating overall, and said it could lower that even further depending on whether those ambitious plans wind up sucking money out of the company coffers.

"We could lower our ratings on Tesla if execution issues related to the Model 3 launch later this year or the ongoing expansion of its Models S and X production lead to significant cost overruns," Standard & Poor's reportedly said in a statement.

Still, it seems clear that even if the ratings agency's aren't quite so bullish about Tesla, investors overall are. As of this writing, the company's stock current sits around $366 dollars per share, giving it a $58.6 billion market cap—$7 billion higher than General Motors.