A lot of people find Formula-series racing boring, but a horrendous crash shows us how high the stakes are. 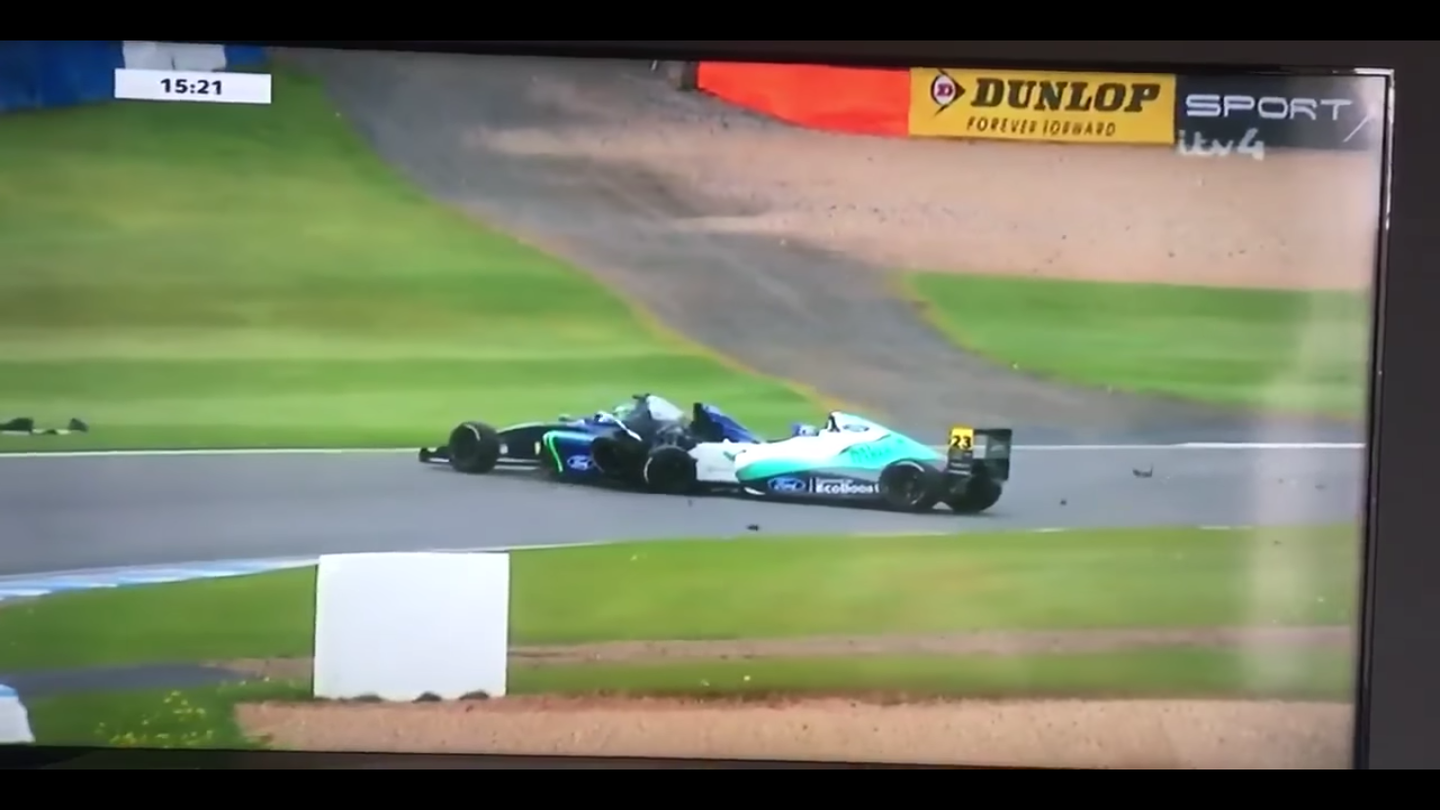 During Sunday's Formula 4 British Championship race, driver Billy Monger collided at speed with Patrik Pasma's race car, mangling both cars in an instant. Officials have said that Pasma is okay, but 17-year-old Monger was airlifted to a nearby hospital. Per Formula 4's statement:

Monger has been carefully extracted from the car after suffering leg injuries, and has since been airlifted to the Queen’s Medical Centre in Nottingham for further examination.

Pasma was also carefully extracted from his car. He was fully conscious and immediately taken to the on-site medical centre. He has since been taken to the Queen’s Medical Centre for further assessment.

Further information will be provided in due course.

Monger, as you can see in the video, was following a train of fellow racers through Britain's Donnington Park. As he came around to the right side of the track, you can see the cars ahead of him dive to the side as Pasma's slowed his car. With little visibility past the cars in front of him, Monger had nearly no time to react and piloted his car right into the back of Pasma's Carlin car.

While 17 years old is young for a driver in professional motorsport, the BBC reports that the racing series was designed particularly as a low-cost way to move from karting to open-wheel racing. Luckily, they didn't skimp on the safety regulations, as it's simply astonishing that Pasma was able to walk away from that mighty wreck. The Drive's thoughts are with the Monger family, and we're rooting for a full recovery.