Two weeks back, Renault Sport F1 released their poster for the Australian Grand Prix, mimicking the art deco-styled posters released by Manor Motorsport throughout the 2015 and 2016 seasons. This week, for the Chinese Grand Prix, they have released a new poster in celebration of the 14th occurrence of the race, which was first held in 2004 and won by Rubens Barrichello. Last year, the race was won by Mercedes driver Nico Rosberg, who went on to win the World Drivers Championship. This year, with Ferrari's emergence as a competitive force, one that may be capable of toppling Mercedes, it cannot yet be said with certainty who will take the win this year.

With the release of Renault Sport F1's second race weekend poster, design differences are becoming apparent between the two. It serves as evidence against the hypothesis that Renault hired the designer responsible for Manor's posters. Manor's artist used fewer colors, with a preference for simple pastel palettes and flat, smooth textures. Renault seems to have adopted a busier style, with an emphasis on texturing what would otherwise be a relatively flat color. They also opted for a color palette that sticks with variations of yellow, orange, and gold, contrasted with some black. Inspiration for this style is taken from the team's yellow and black livery, which is a continuation of the color design used by Renault F1 from 2007 through 2010, before the team rebranded as Lotus.

This year's Chinese Grand Prix takes place this Sunday, at 7:00 AM Greenwich Mean Time. Converting the race to a more familiar local time can be done with this handy site. Whether you shout Forza Ferrari or Hammertime Lewis at the start of the race matters not; just avoid invading the track like the Australian fans did last race.

Here is an example of a Manor poster for stylistic comparison: 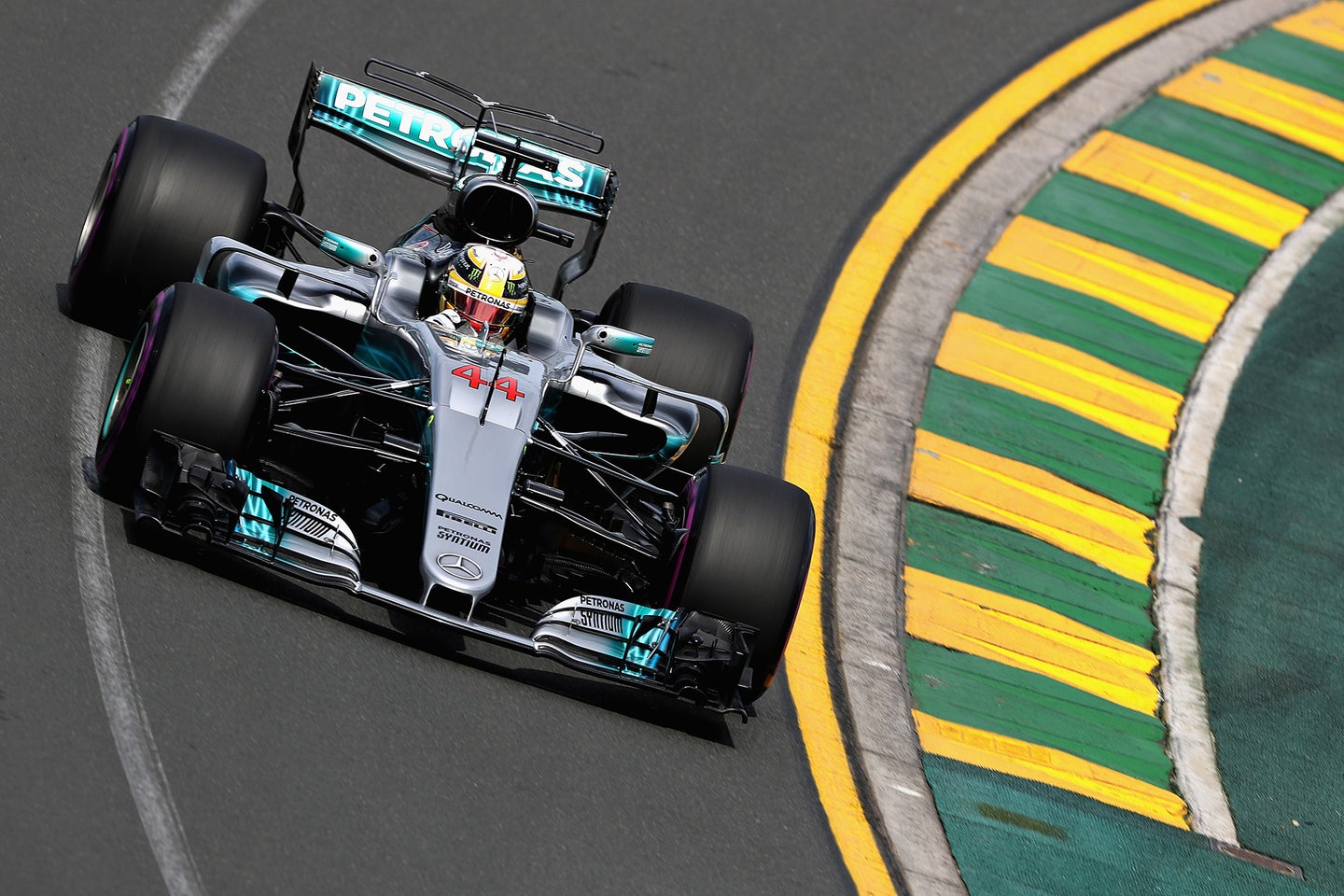 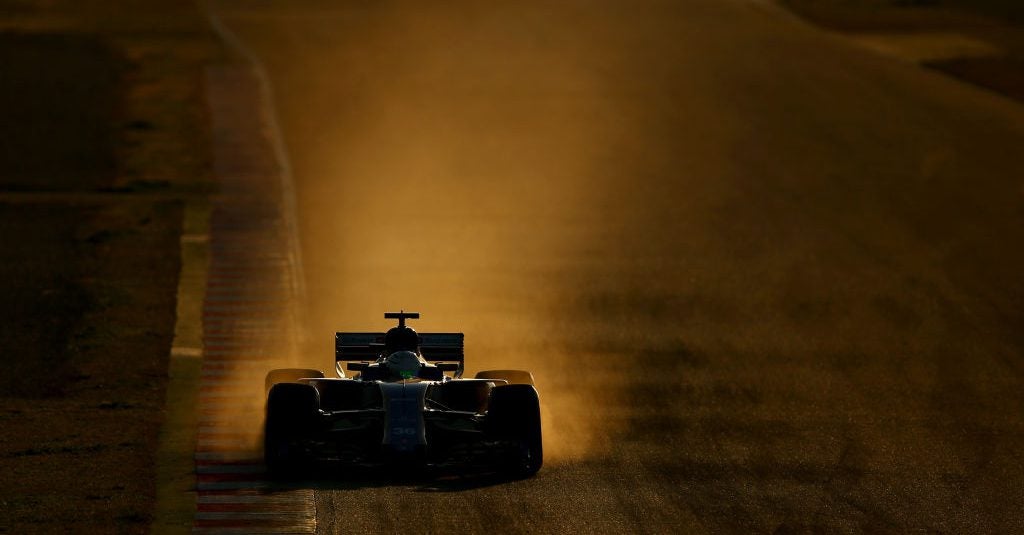 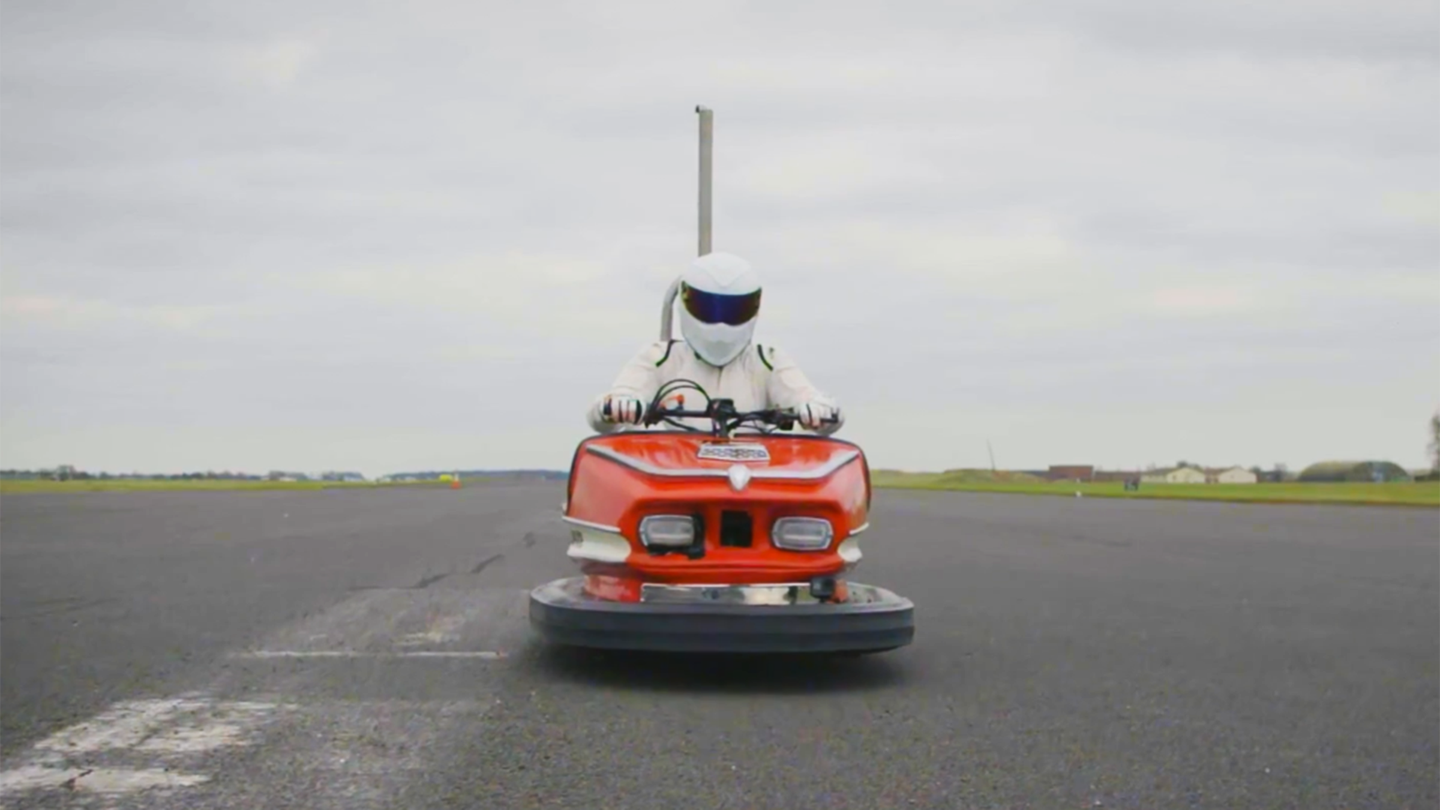 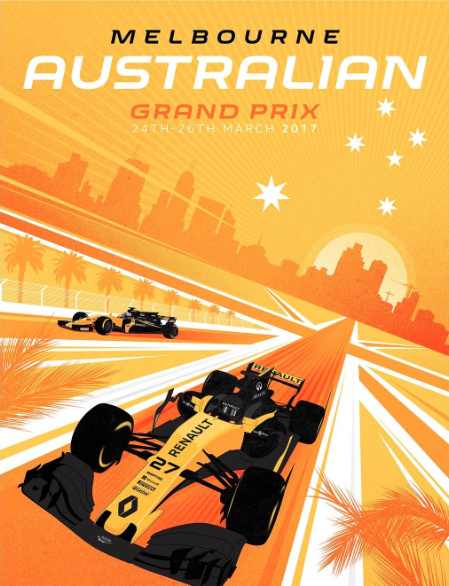 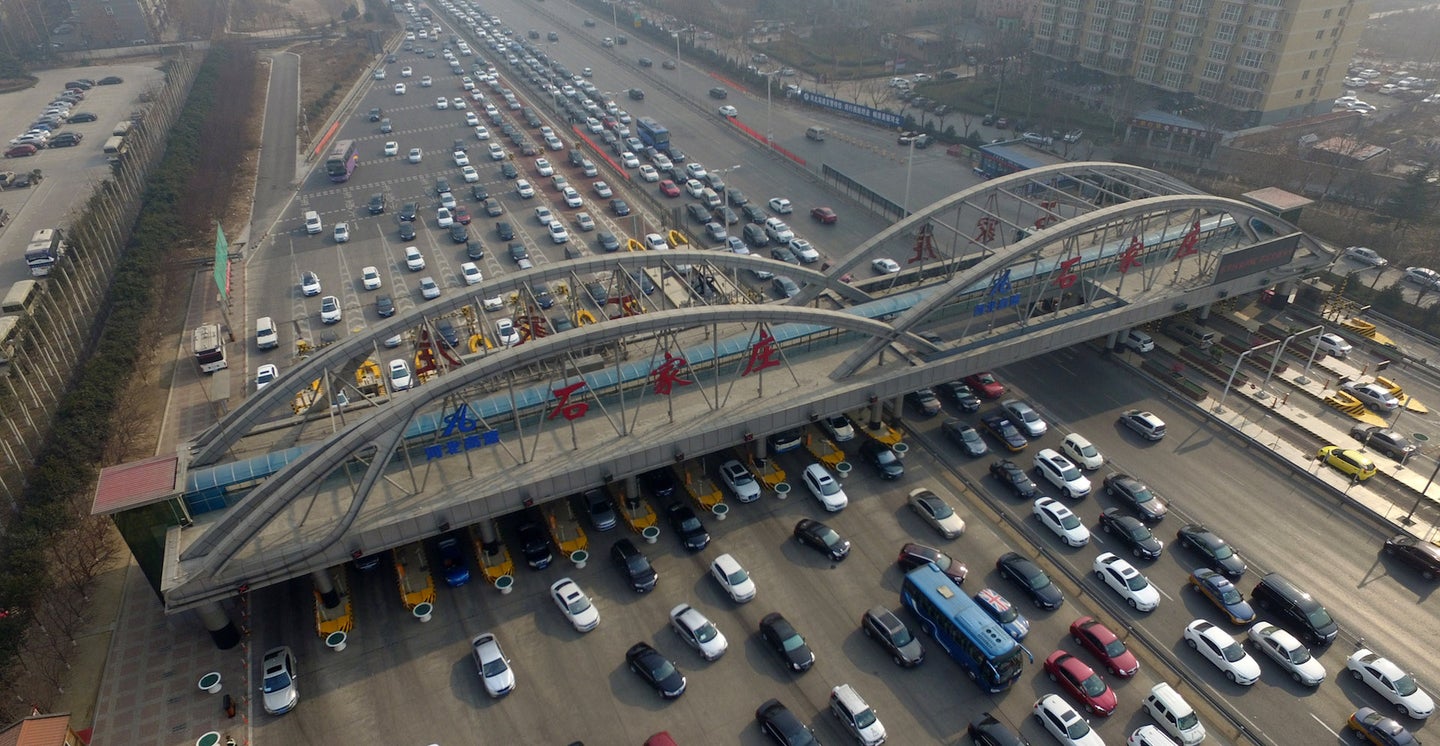