Haas Has a Halfway Happy Homecoming

At the USGP, the American F1 team scored its first point since July. 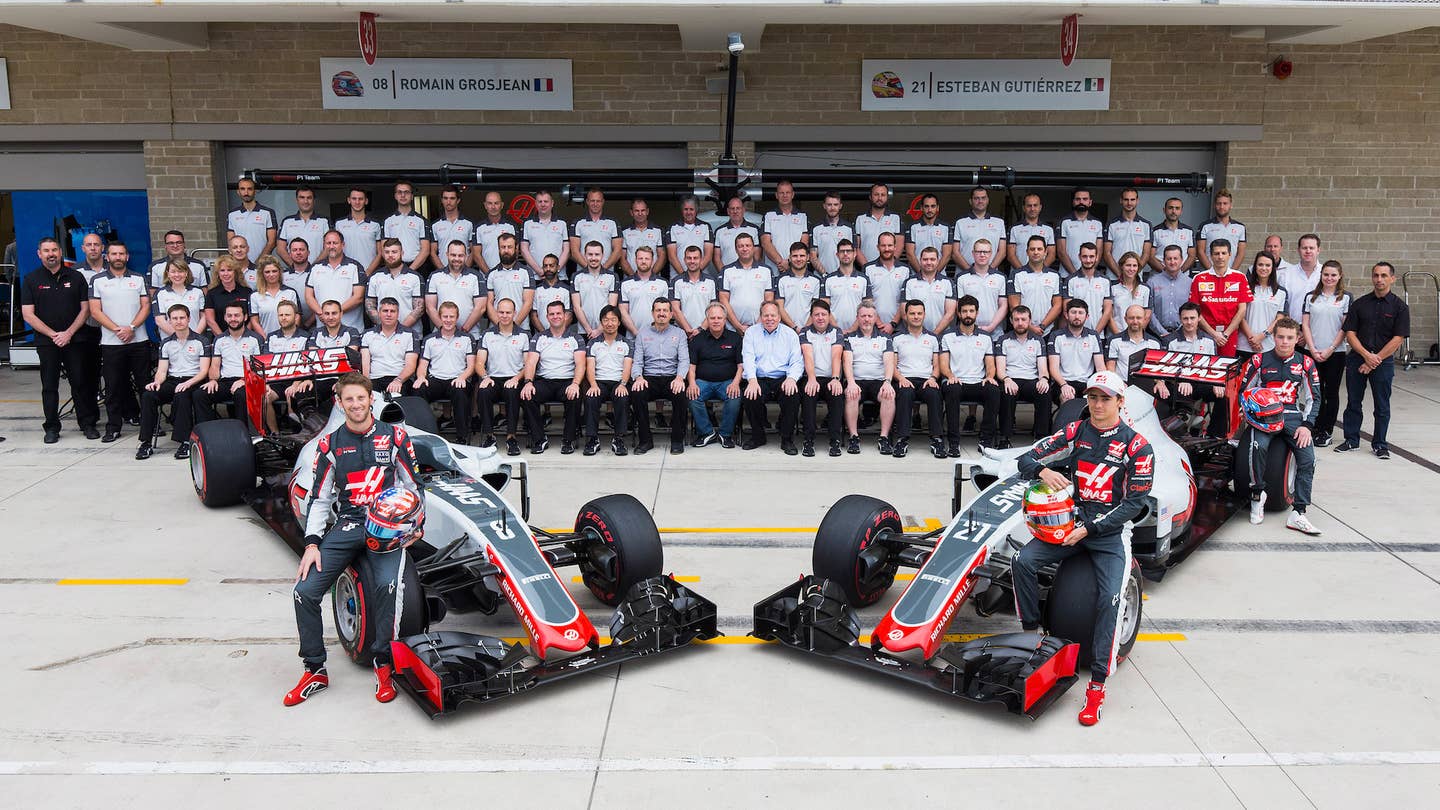 The first American Formula 1 team in 30 years, Haas F1 Team, managed to return one car to the team’s points finishing ways at their home race at Circuit of the Americas in Austin, Texas.

After an impressive start to the season, with Romain Grosjean scoring points in three of the first four races, the Haas F1 Team hit a bit of a lull. Though they collected seven 11th place finishes over the next 13 races, the team only broke through to score points once, with Grosjean’s 7th place in Austria back in July.

Through the middle part of the season, the team has dealt with numerous brake issues. The retirements and back-of-the-grid finishes for both Grosjean and teammate Esteban Gutierrez and left many wondering what had happened to the once exciting new team. Gutierrez made it into the third round of qualifying once, in Italy, but still has yet to score a point for the team, and Grosjean picked up a handful of points in Austria, but it was a far cry from their early season results.

The last race in Japan initially seemed to be a turning point for the team, they got both cars through to the third round of qualifying for the first time in the team’s—albeit short—history. But, in the race, Grosjean could only manage an 11th place position and Gutierrez came home a disappointing 20th after picking up front wing damage.

After these recent results, people were less than optimistic about the team’s chances of scoring in their home race. Even team principal Guenther Steiner was cautious going into such a big weekend.

“I hope we can do well in Austin like we did in Japan, but nothing is for sure. You know, everybody else will do a good job,” Steiner said, tempering expectations.

And yet, after struggling in practice, and qualifying a disappointing 14th for Gutierrez and 17th for Grosjean, the team managed to make it work in the race. Though, unfortunately, it was a mixed result Haas. While Grosjean managed a 10th place position, and a precious, single point, Gutierrez suffered yet another brake failure after just 16 laps.

Despite only getting one car in the points, it was still a successful weekend for the team on American soil. It was especially fulfilling for Grosjean, who can now say he scored points, for an American team, in America for what just happened to be his 100th race. Gutierrez will hope to replicate Haas’ points finishing performance at his own home race, the Mexican Grand Prix, on October 30th.