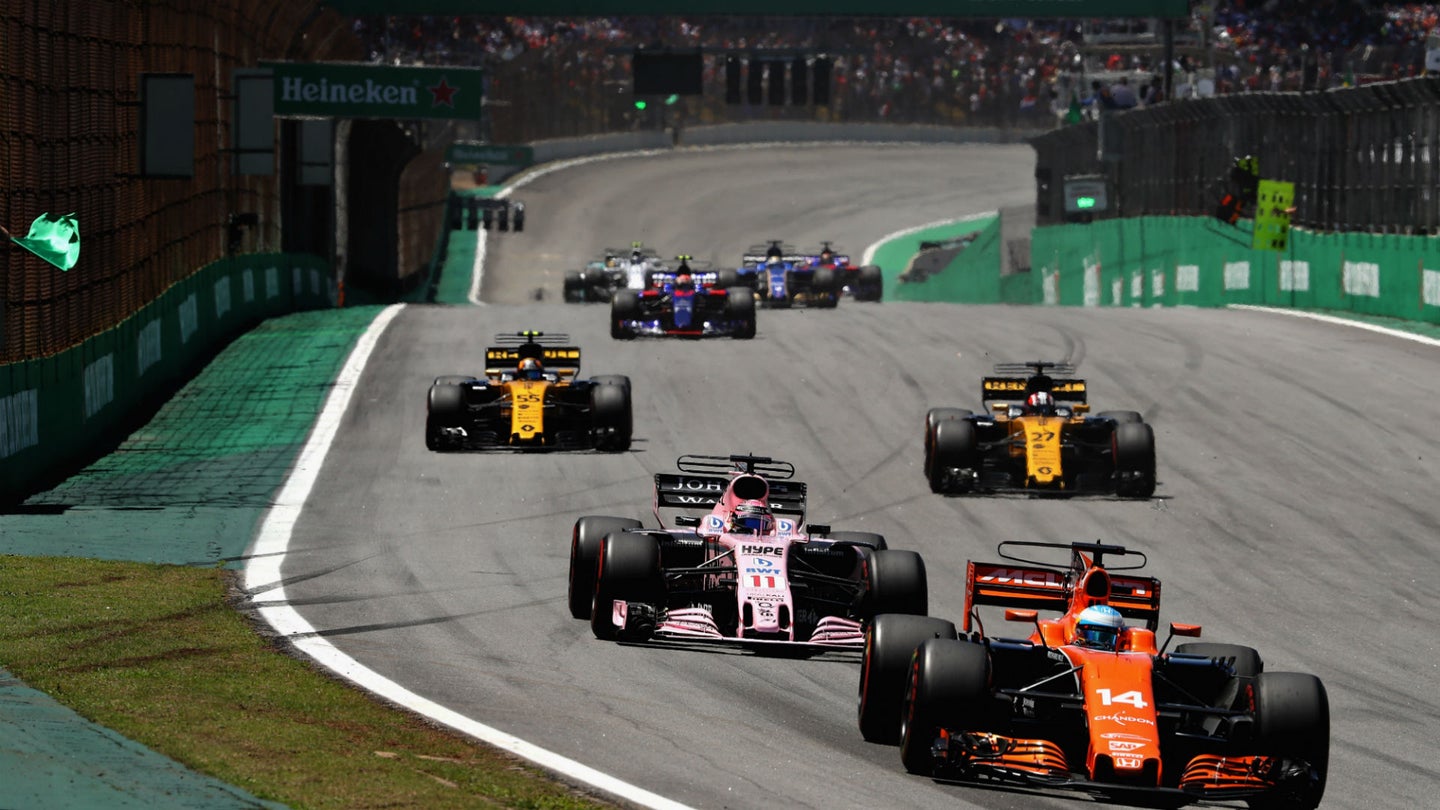 After a series of robberies outside the Autodromo Juan Carlos Pace circuit in Sao Paulo, Formula 1 and FIA officials will meet at the next World Motor Sport Council to discuss improving event safety standards. While no injuries resulted from these incidents, valuables and money were stolen, with some members of the Mercedes F1 team even being held at gunpoint. After a call to action from various members of the F1 community, the governing bodies are expected to revise and strengthen security measures on Dec. 6.

While 2017 was certainly a rough year in Brazil for the series, it's not the first time that racers and teams have faced problems there. Jenson Button was threatened by armed robbers in 2010, describing the situation by saying, "Looking behind there were two guys with a handgun and one guy with what looked like a machine gun. It was a pretty scary situation—it's not a very comfortable feeling, not great." Lewis Hamilton pointed this issue out in a Tweet to series officials after his team faced a similar situation last weekend.

Other cases involved the Williams F1 team as well as staff members from and Pirelli the FIA. This string of criminal activity then prompted a response from event organizers.

"In the continued spirit of positive collaboration with Formula 1, the Council will then discuss the ways in which a more consistent and effective security procedure can be applied at all events of the FIA Formula One World Championship. The findings will also be shared with other FIA championship organizers to maximize the positive impact this can have across all motorsport."

"Security is a cooperative effort, and the FIA will seek to work closely with Formula 1 and all its stakeholders to maintain a safe environment for everyone working at or visiting Formula 1 events."

It was the Sao Paulo native’s last home race of his F1 career.