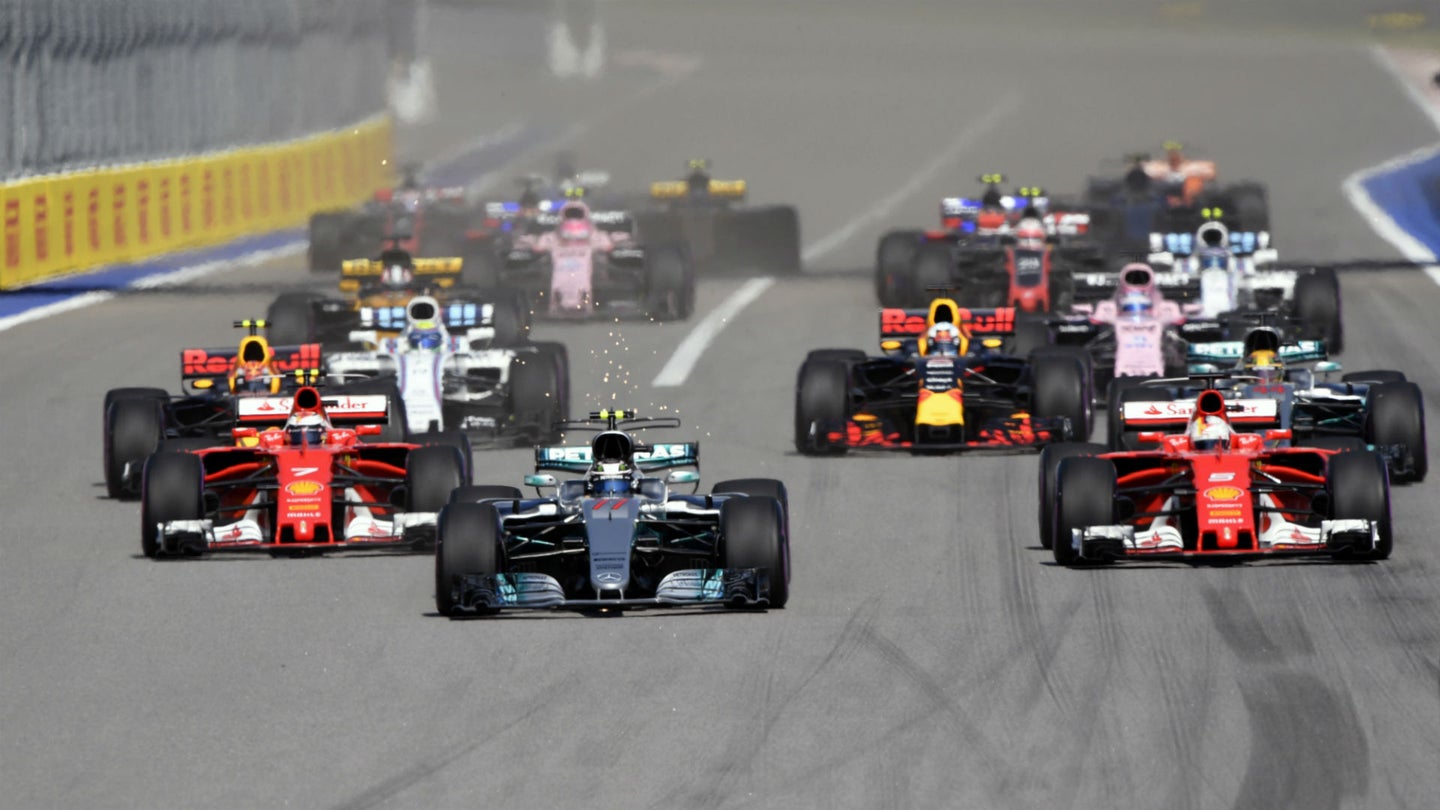 The V6 hybrid era of Formula 1 hasn't necessarily been the most exciting in the sport's history, and in attempts to fix that, new regulations making the cars louder, simpler, and cheaper will be put into effect come 2021. These changes will ditch the complicated MGU-H electric-turbo system and raise engine revs to a lofty 18,000 rpm, which is 3,000 rpm more than the current limiter. F1 officials hope that this will help increase television and audience ratings in addition to drawing in potential newcomers in the future.

Talks of new engine rules have swirled over the past year with many complaining of the current setup's complexity and expensive running costs. Formula 1 bosses have taken this into account to work towards a more affordable power unit that ditches some of the more complicated systems while retaining the edge of hybrid technology. Displacement and cylinder arrangement will stay the same as the existing 1.6-liter V6, though details are planned to be ironed out over the next 18 months.

A major change in these regulations involves doing away with the MGU-H, a unique yet expensive piece of equipment that recovers waste-energy from the turbocharger. Located between the turbine and compressor wheels, it harvests energy and re-introduces it to the power unit for boosted output. Several teams with limited resources have complained that the technology is far too convoluted and costly to replace and maintain, eventually leading to the decision to take it out completely beyond 2021.

Future engines will also utilize a revised MGU-K which gathers energy that is shed in the braking process. While the current system takes this kinetic energy and uses it throughout races automatically, the new system will be an on-demand type that can be used at the driver's disposal much like when Kinetic Energy Recovery System (KERS) was introduced in 2009.

"The 2021 power unit is an example of the future way the FIA as regulators, F1 as commercial right holders, the teams and the manufacturers as stakeholders will work together for the common good of the sport. The proposal presented today was the outcome of a series of meetings which took place during 2017 with the current teams and the manufacturers who showed their interest to be part of the pinnacle of motorsport.

"Also, we've carefully listened to what the fans think about the current power unit and what they would like to see in the near future with the objective to define a set of regulations which will provide a powertrain that is simpler, cheaper and noisier and will create the conditions to facilitate new manufacturers to enter Formula 1 as powertrain suppliers and to reach a more levelled field in the sport."