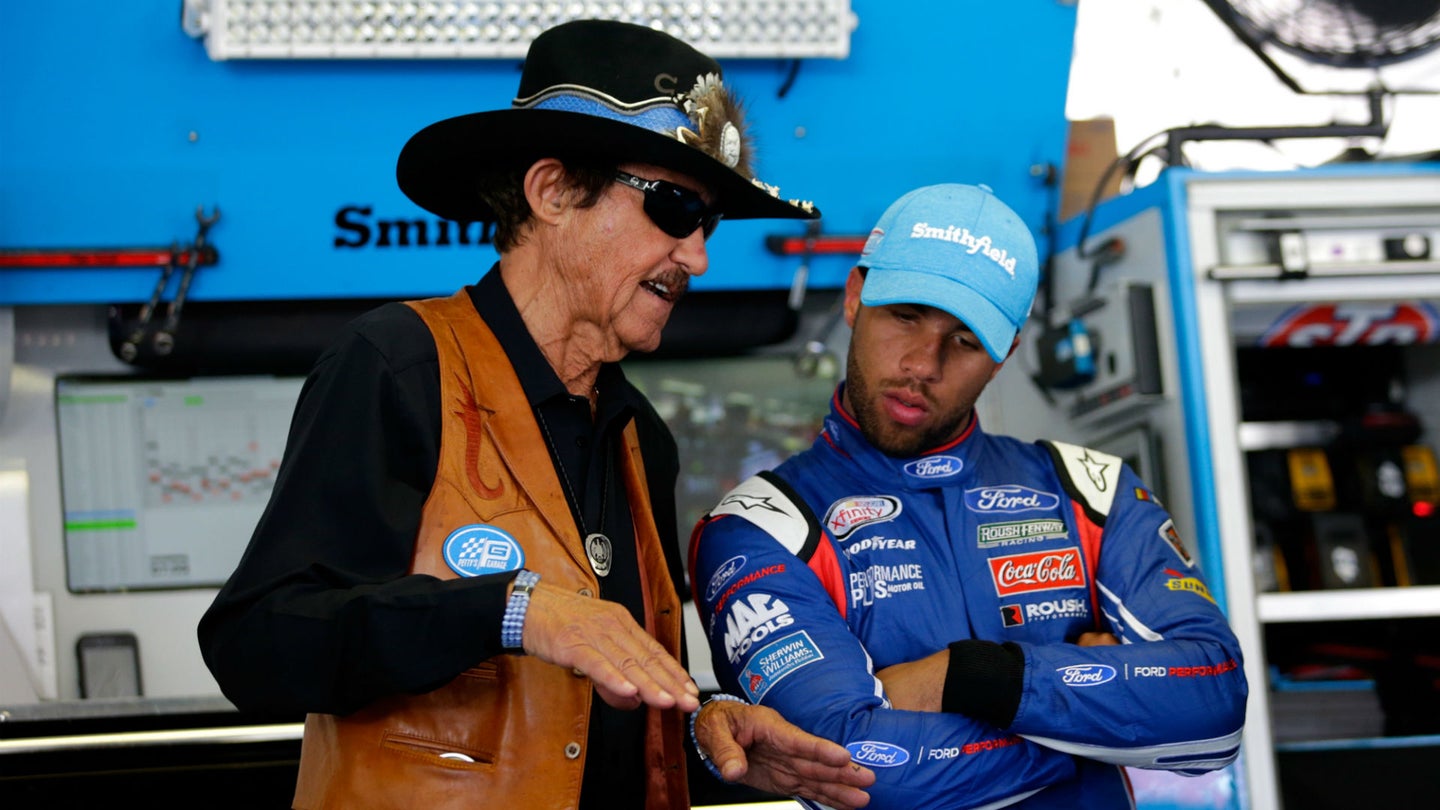 NASCAR has not had a full-time black driver in its top series since Wendell Scott in 1971, that is until Darrell Wallace Jr. who will take over at Richard Petty Motorsports in 2018. The 24-year-old driver from Mobile, Alabama will replace Aric Almirola next season in the Monster Energy NASCAR Cup Series. There, he will drive the team's only car, labeled with the legendary No. 43 in honor of Petty's original Mopars of the '60s and '70s.

It was rumored four weeks ago that Wallace Jr. would be called up for duty by the team. He filled in four times this season while Almirola was out with a fractured back, showing his abilities and winning over the affection of team owner Richard Petty. The inaugural NASCAR Hall of Fame inductee announced that Wallace Jr.'s race wasn't necessarily considered in the decision, but instead, his skill was what won him the full-time spot.

"I didn't care what color he was [or] where he comes from. ... One thing I like about Bubba [Darrell], he didn't come in for the publicity, he came in to drive a race car and that's what we want him to do."

Wallace Jr., whose four starts in the sport's top Cup series ranks second behind Scott's 495, is clearly excited about the gig.

"This is a dream come true to race for 'The King' Richard Petty Motorsports, the iconic No. 43 and for all the fans and partners that have and continue to support this team," Wallace said in the news release.

"I believe in what Richard Petty Motorsports is doing and their desire to win races. I believe this team, its partners and fans are ready to see some great things again. I'm humbled that they have chosen me to take that next step with them."

Petty closed out the statement by regarding Wallace Jr.'s proven results during his short stint with the team in 2017, saying his wins in NASCAR "speak for themselves."

"We have hired a lot of different drivers in the past, but Wallace brings a lot of youth and talent to our team," he said. "He's proven at a young age to be able to be consistent on a weekly basis, give feedback to the team to help improve the car and race hard to get the best finish possible."