He took victory 26 seconds ahead of an epic battle for second place. 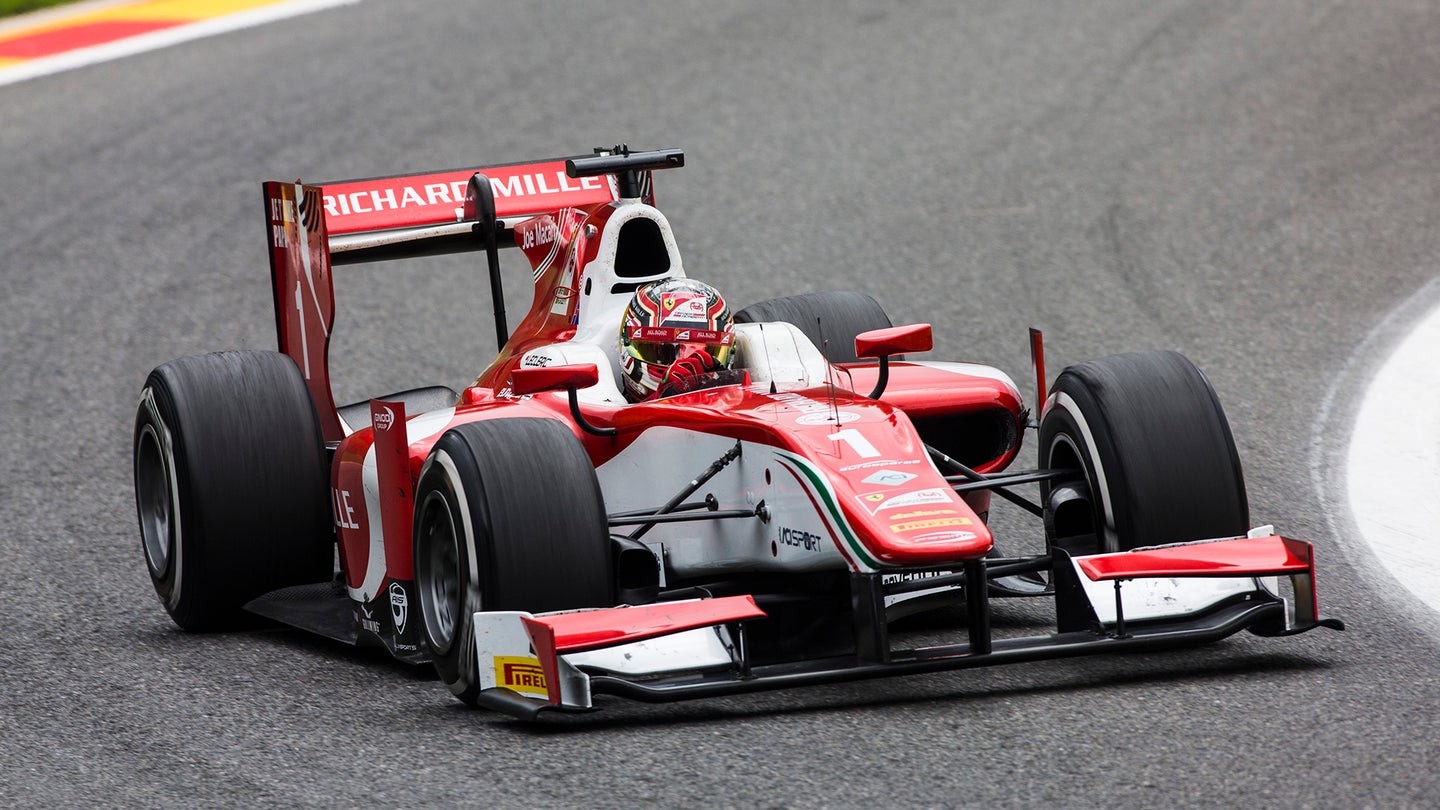 With the summer break over, Formula 2 is back in action at Spa along side Formula One. Pole-sitter Charles Leclerc took yet another victory, doing so in dominating fashion.

Leclerc had a little wheel spin at the start, allow his title rival Oliver Rowland to pull along side of him going into the first corner. Leclerc held his line and managed to keep the position as Rowland had to check up to avoid running off the track. As he fell in behind Leclerc, Rowland's front wing clipped the rear left wheel of Leclerc. Rowland lost the upper element on the right side of the wing and Leclerc escaped without tire damage.

The loss of downforce surely had some effect on Rowland's car. With the pace Leclerc had during the race, it wouldn't have made much of a difference. Leclerc kept pulling away from his rivals and had the track all to himself for most of the race.

Behind him, Artem Markelov, who sits third in the championship, started from ninth on the grid and was pushing forward. He went on an alternate strategy from the other front runners, opting to start on the harder tires and switching to the soft rubber late in the race.

Rowland's only hope at catching Leclerc was that he has shown good race pace when on the harder tires. Rowland made his pit stop a few laps earlier than Leclerc and had hoped to close the gap on the fresh tires.

Once Leclerc pitted, he came out in front of Rowland and started putting in times that were around two seconds a lap faster than anyone else. After the race in the driver's press conference,Leclerc said "On the prime tyres I think we were very, very good: when we left the pits they were telling me “you’re two seconds faster than everybody” and I said “can you repeat please?” because I thought maybe I had misheard them!"

Leclerc would cross the line 26 seconds ahead of the battle behind him. That is an absolutely staggering margin for Formula 2. He was pushing all the way to the end, which was evident as he took the final corner. The car got a little squirrelly, which is not what you want to happen on the last corner of the last lap.

In the closing laps, Markelov was hunting down Rowland for second place. His newer, soft tires had the edge over Rowland's hard tires. Markelov caught Rowland on the last lap and needed to find a way by. Going into the final corner, he went to the outside, but Rowland ran him out wide into the run-off area. Markelov kept his foot down as they raced to the line. Markelov took second place at the line by a margin of just 0.072 seconds.

With the reverse grid for Sunday sprint race, Leclerc will be starting eighth and Rowland sixth. While Leclerc will be going for the win, his main goal will be to just get in front of Rowland to widen the points gap a little more. If Leclerc's car has the same pace on Sunday as it did today, that should be easy enough to do.