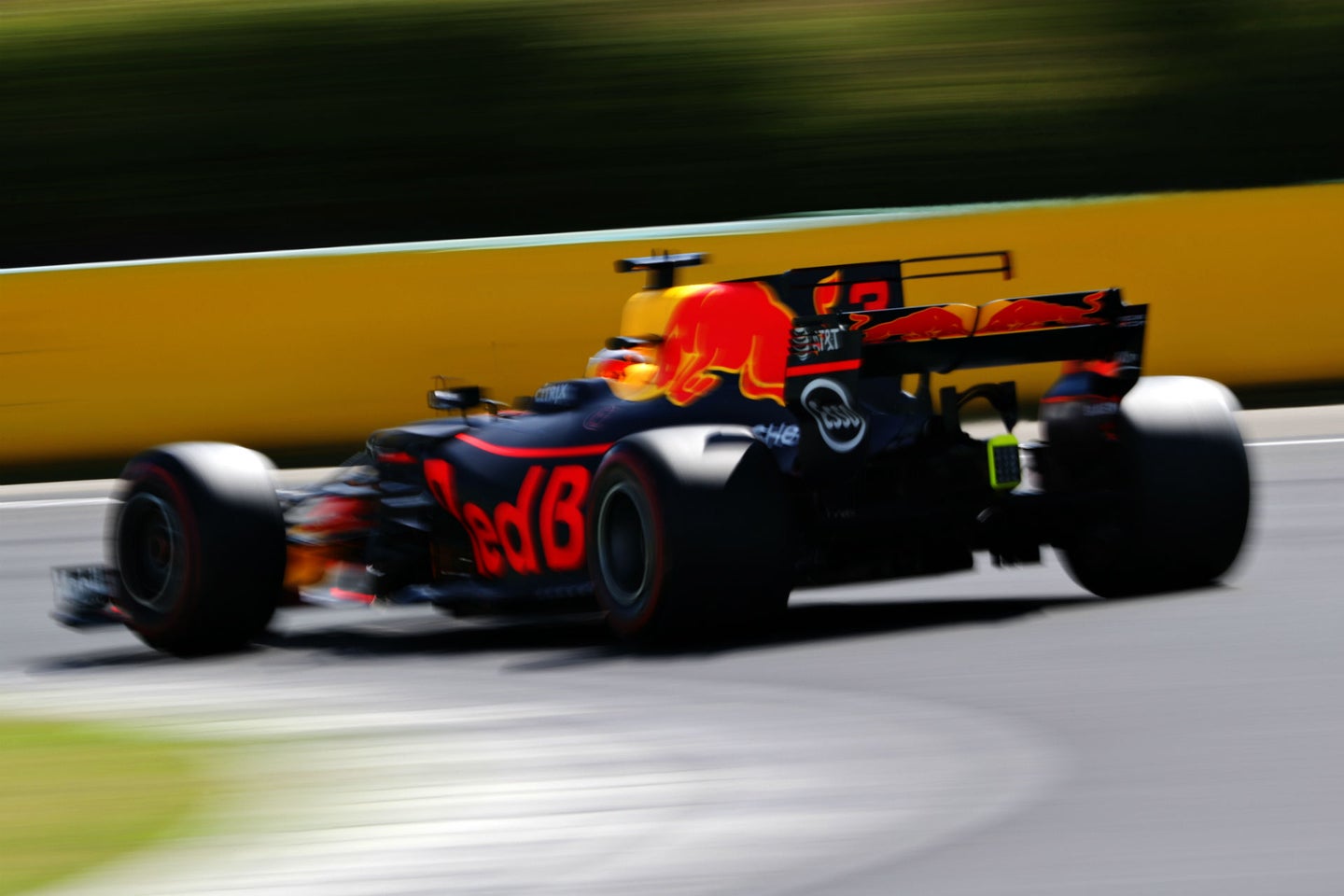 Red Bull F1 driver Daniel Ricciardo has returned to his impressive pace after a two week break, topping the field after the first day of Hungaroring practice. After capturing a handful of podiums in the last five races, the Aussie created a split of just .183 seconds with Ferrari ace Sebastian Vettel, which was shortly followed by Mercedes driver Valtteri Bottas. This puts Ricciardo in a promising spot for tomorrow's qualifying runs against other top contenders for the drivers' championship lead.

Kimi Raikkonen fell just outside the top three with Mercedes star Lewis Hamilton clocking in at fifth coming off a momentous British GP victory. The silver-arrow hero was able to set a best time on the soft compound tires, but promptly fell behind Ricciardo once a switch to super-soft compounds came later. Max Verstappen then came in sixth as he finished more than half a second off his Red Bull teammate's time.

Nico Hulkenberg and Fernando Alonso slid to the bottom half of the top ten as well, though they had better luck than Renault's Jolyon Palmer and Sauber driver Pascal Wehrlein, both of which suffered a crash in practice and slotted them beneath a majority of the field.

With qualifying tomorrow, Ricciardo will battle Vettel, Bottas, and Hamilton, all of which have multiple wins under their belt in the first half of this F1 season. By setting the standard in Friday's practice, Ricciardo was able to put this list of noteworthy competitors on notice as he currently sits fourth in championship standings.