Formula 2 Sprint Race Ends In A Final Lap Shoot Out

Things got a little crazy on the last lap with post-race penalties bumping just about everyone up a spot after the fact. 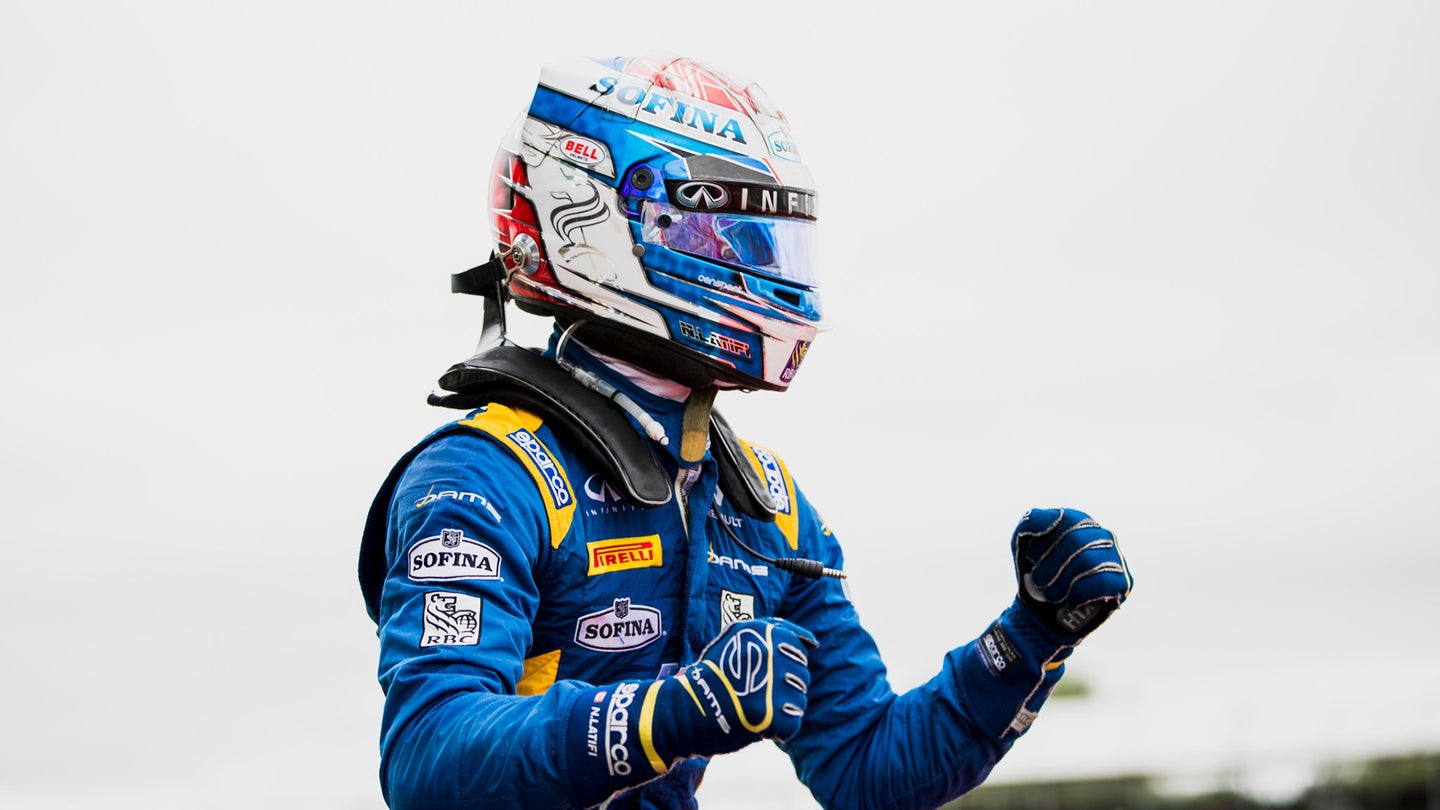 After Saturday's Formula 2 Feature Race, Charles Leclerc extended his championship lead by another 14 points over Oliver Rowland. The gap between them was now 63 points with Leclerc having 180 Rowland 117. Artem Markelov was in third place with 111 points. While 63 points is not an insurmountable lead, it is a big ask as there are only ten races left after today. Rowland would need a solid performance in Sunday's Sprint Race to keep Leclerc within reach through the last half of the season.

With the reverse starting grid for the Sprint Race, Rowland would be starting in sixth with Leclerc behind him from eighth. So far, so good. Rowland made a great start but was just a tad too aggressive as he elbowed his way up through the cars in front of him. He forced Markelov off the track to take the third position, which earned him a five-second time penalty to be added at the end of the race.

Starting from eighth, Leclerc moved up to seventh on the opening lap and got stuck behind Sergio Canamasas. Leclerc tried several times to make the pass before finally getting the job done and taking sixth. He just needed to stay in touch with Rowland as the five-second penalty could bump Rowland behind him after the race.

On lap 19 of the 21 lap race, Ralph Boschung lost control and crashed while attempting a pass further back in the field. The safety car was brought out. At first, it appeared that the race would end under the safety car as there were so few laps remaining. The track marshals were able to get the stranded car cleared from the track with a quickness. The race was now going green for the final lap.

At the front, Nicholas Latifi was leading, followed by Luca Ghiotto. With the gaps closed down under the safety car, Rowland, Markelov, Leclerc, and Canamasas were all within a shot of maybe the win if they played their cards right on the restart. Rowland's five-second penalty had him out of contention, or so he thought.

As the lights went out on the safety car, Rowland got on the radio to his team. He told them he was going to slow down to create a gap and asked if the team could instruct his teammate, Latifi, to get on the gas early. His plan was to have enough clear track in front of him so that he could open up more of a gap to those behind him, therefore not dropping as many places after the race once his five-second penalty was applied.

The thing about that plan is that it deprives the cars behind him chance to fight for second place, or even a win. The race stewards refer to this as "impeding," which is what they called it when they gave Rowland an additional 20-second penalty for doing it. Besides being penalized for it, Rowland's brilliant plan, which he so thoughtfully broadcast on the radio for race control to hear, failed anyway. Markelov was able to pass him for third on the final lap.

Canamasas was also able to get by Leclerc for fifth, which ended up being fourth after Rowland's penalties. Leclerc had to have known at this point that even with Canamasas passing him, he would still finish in front of Rowland. There was really no point in Leclerc aggressively defending the position.

Latifi took his first Formula 2 win and did so in dominant form. Ghiotto was second, and Markelov third. Rowland's five seconds of penalty time bumped him from third to tenth. Once the additional 20 seconds were added, he was classified 17th and far out of the points. Leclerc took home eight points for fifth place, giving him a total of 188 on the season. Markelov's ten points for third moved him up to second in the championship with 121 as Rowland's zero for the day keeps him at 117.

Rowland threw away a decent haul of points as well as any realistic chance at winning the championship this year. As it stands now, Rowland would have to outscore Leclerc by more than seven points in each of the remaining ten races in order to win the championship while also keeping Markelov behind him. It's not impossible, just improbable.