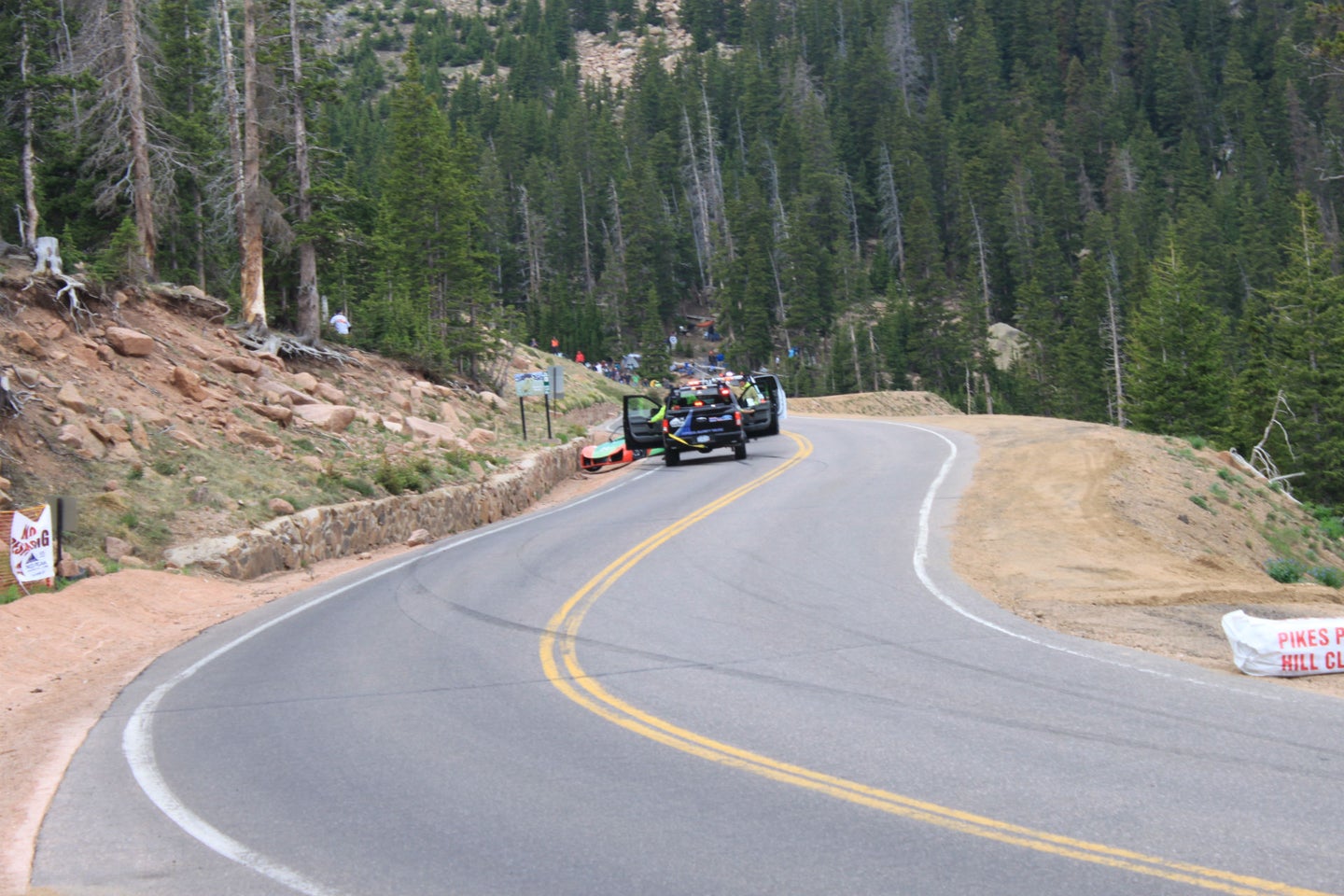 David Meyer and his #24 Palatov D2 ran into a stroke of bad luck just past Glen Cove at Pikes Peak on Sunday. A sharp bite of throttle sent him and his car sideways just passed the braking zone while shooting up the hill, causing loads of overcorrection and leading to an eventual crash towards the ditch. Shortly after Meyer landed in the rut, a man came jumping out of the woods to give him a hand, but he was given an unwelcoming reaction by the police on site.

The unidentified fan leaped out from what was a restricted area to both media and spectators, causing initial concern for the staff. He then hopped down off of the rock wall and landed on the track to give Meyer a push back to the track. This is where things got sticky as touching a live race car while on the course is, erg, sternly frowned upon. The police drove up to check on Meyer, and as they approached, the man shot back to where he came from.

Several members of the police department took off took to the woods to find the man, eventually leading him out with his hands on his head. That was enough to gain a strong "boooo" from the crowd, making an even bigger spectacle of the event.

The man was loaded into the police car and taken downhill. Luckily for him, he wasn't admitted directly into the custody of the police, and instead was reportedly given an adamant talkin' to to set him straight.

Thankfully nothing came of the situation, but if you're not looking for trouble, make sure to stay off the track while cars are running amuck. If not, you might end up on the internet just like this guy.