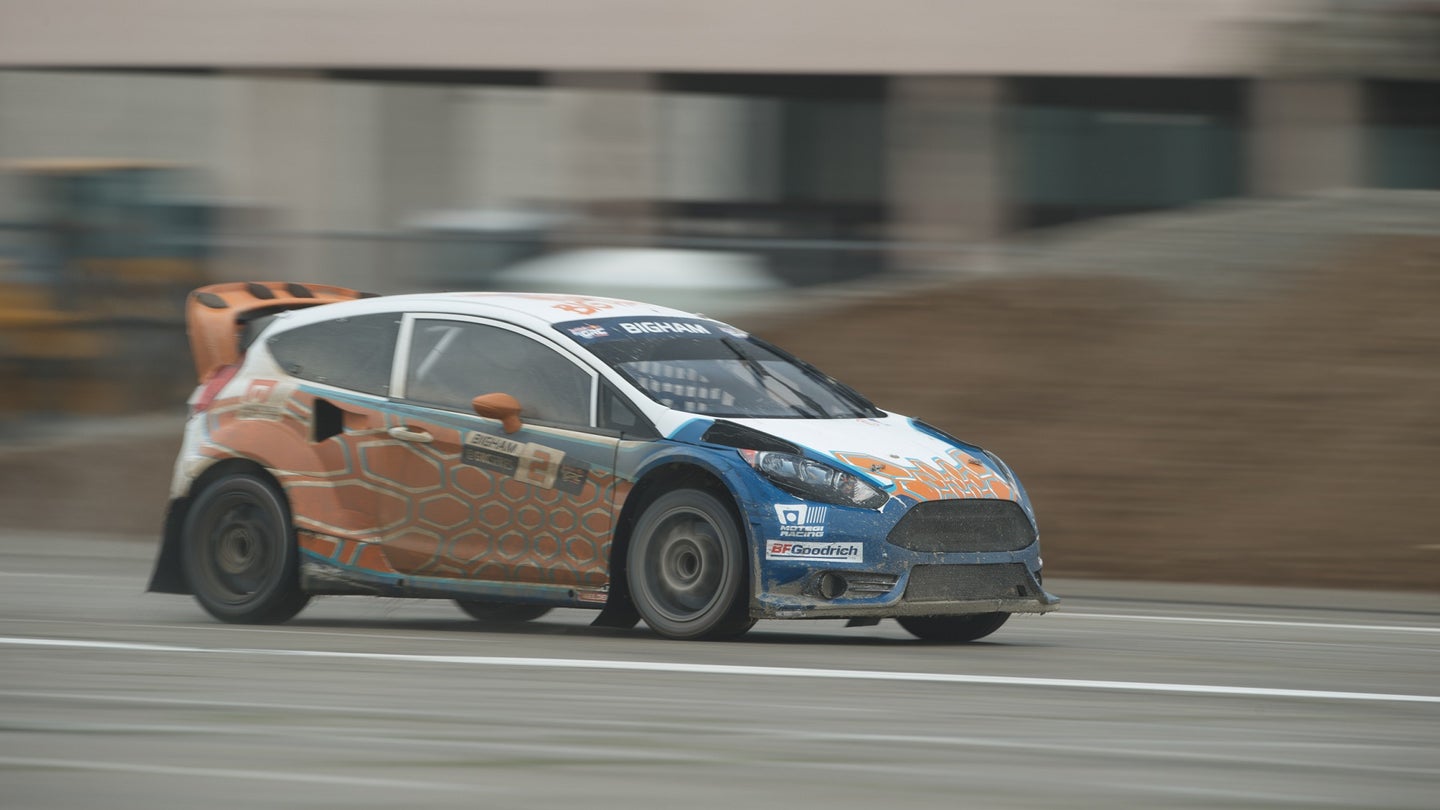 Last year's Red Bull Global Rallycross Lites champion, rookie Cabot Bigham, moved up to Supercars this year and got a taste of playing with the big boys this past weekend at Thompson Speedway. After taking second place in Heat 1A, his Bryan Herta Rallysport Ford Focus got mixed up with the Honda Red Bull OMSE Civic of Mitchell deJong, taking out the tire barrier and part of the wall after the jump before crossing the oval track. Drivers had to dodge the tire barrier still in the middle of the track on the next lap, but Bigham, then in last place, kindly bumped it off the racing line on his next lap.

Bigham finished the race, but afterward, I saw him sitting on a golf cart, wearing a neck brace and being attended by medical staff. Soon afterward he departed in an ambulance and missed the final race. But at the end of the day, he was back, seeming none the worse for the wear. Bigham told me he was diagnosed with a minor concussion, but no spinal injuries, which had been his fear when he went to the hospital.

Even a minor concussion is nothing to be trifled with. Just ask Dale Earnhardt, Jr. after sitting out the end of last season due to the latest in a long series of concussions during his career. Since then Dale Jr. has become an outspoken advocate for concussion prevention and awareness. He even plans to donate his brain to science after his death so that the long-term physical effects of concussions on the brain can be studied. Jalopnik's Stef Schrader suffered a nasty concussion in a 24 Hours of LeMons race last year and has written extensively about the experiences and challenges she went through during recovery. And another former rallycross competitor, Dave Mirra, tragically took his own life after undergoing a significant personality change attributed to his own history of concussions.

Fortunately, Bigham is young and has bounced back pretty well. He is fortunate to have suffered no further injuries and should be ready to race again in Ottawa on June 17-18.