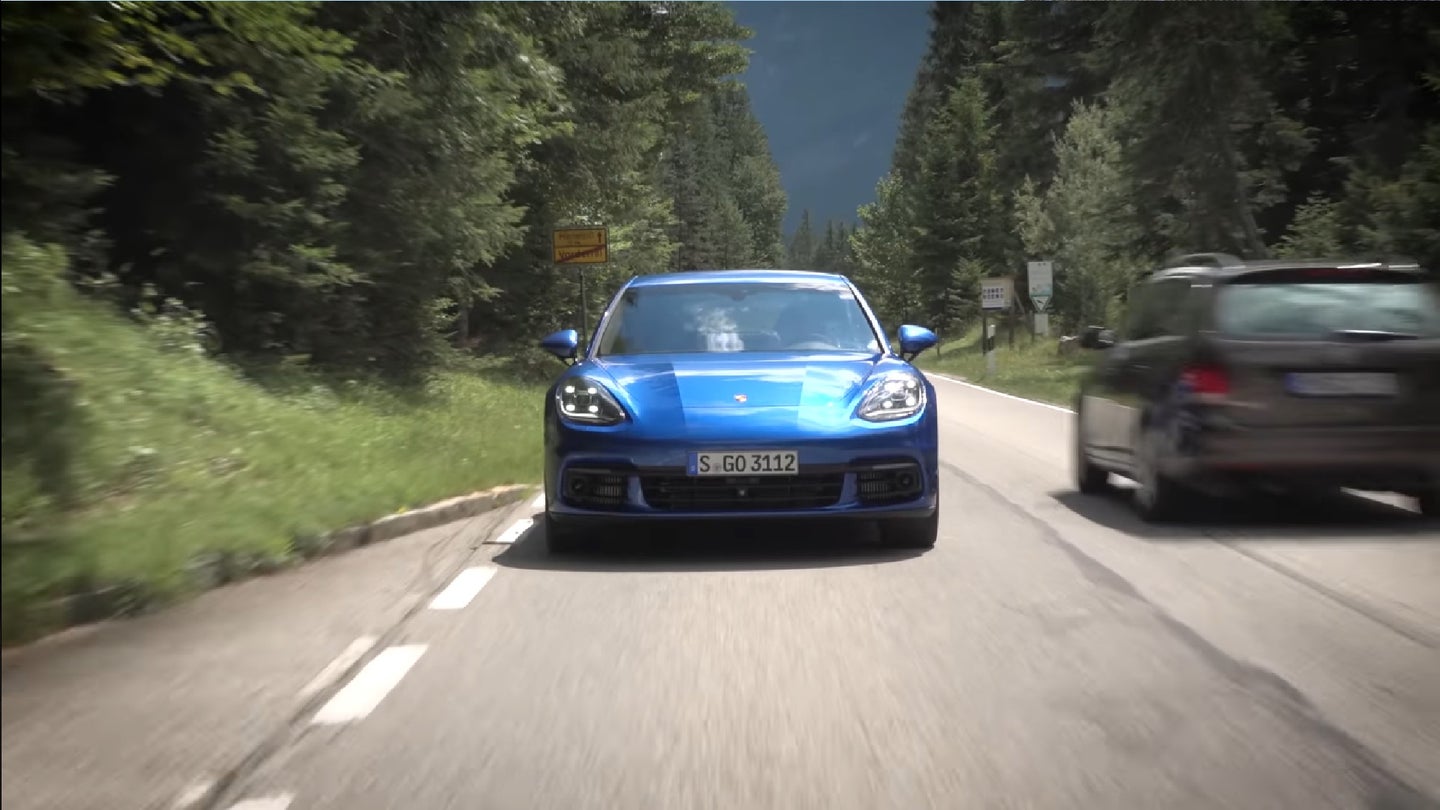 A couple months ago, Porsche released this video to tell the world all about their 911 GTS lineup and the various facts that aligned with that launch. The video was dry and humorless, devoid of anything that could really be described as fun. It would seem that the directors behind that video are back with an even less exciting and more long winded video. The GTS video was only just over 8 minutes, but this Panamera video done in a similar vein is over 20 minutes in length. I suppose if you're really looking for an all-natural Ambien substitute, you can watch this video. You'll be out before they explain that they've moved 40% of the buttons from the center console into a touch screen.

Don't get me wrong, the new Panamera is a hell of a sports sedan, and they did a bang up job of making it look great, but this has got to be the most boring way conceivable of advertising to their potential customer base. If you watch all twenty-plus minutes of this video and you enjoyed it, I can assure you that actually driving a Panamera would be far too much excitement. Aside from the fact that all of those buttons moved into a touch screen, the new Panamera is so much more exciting than this would lead anyone unfamiliar with the car to believe.

Seriously though, you probably should not watch this video. I'm one of the most diehard Porsche fanatics on this planet, and even I had a hard time making it all the way through this video. It doesn't help that the original German explanations are then translated into English by soulless disembodied translator voices. For a company that makes some of the most exciting products in the market today, Porsche really made this one a snoozer. Proceed at your own caution.