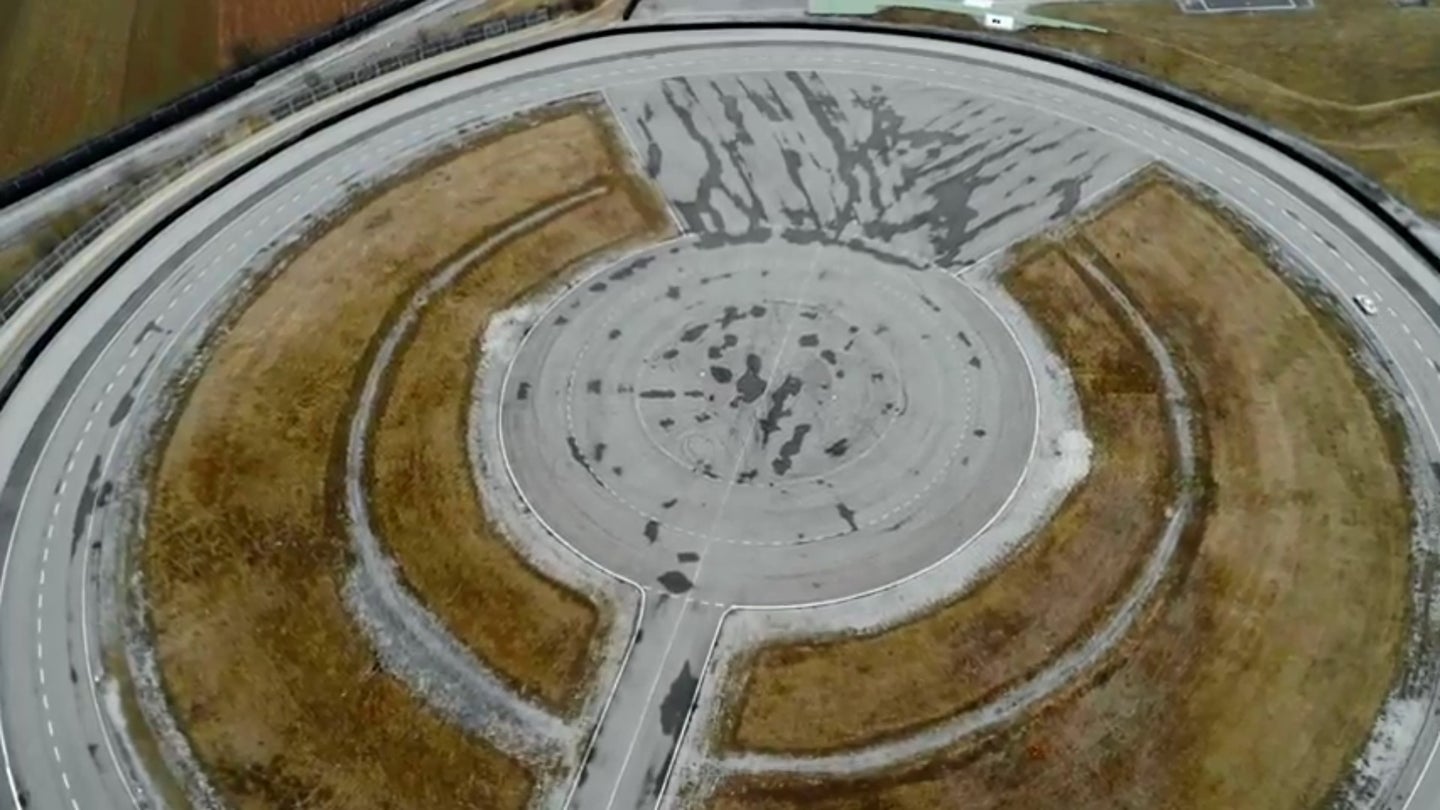 If you've been following along, you've seen Porsche's Top 5 videos trickling out weekly for the last couple of months. We've seen some wild topics and some exciting Porsche cars, both racing cars and street cars, show up in these short clips. This week they're showing us around their pre-production testing facilities to give an idea what each car is subjected to before it reaches your driveway. This might be our personal favorite of the series, as it gives us an intimate understanding of how vigorously Porsche studies their cars for both performance and safety. If you've never seen a Porsche Le Mans prototype running down the pothole track before, or the crash testing procedures for an old 904, this is a teaching moment.

Porsche has been using this famed skid pad to test every single car they've built for the last five decades. It was relatively innovative when it was first built, but now pretty much every manufacturer has one of their own. Mark Donohue even details the use of this track to test his Porsche race cars back in the 70s.

Porsche's Weissach test track is another institution of Porsche testing. There are many different tests that can be accomplished on this track, from simulated pothole roads to the salt-water tank to the suspension taxing jump test. Of course, it is always useful to be able to set a timed lap of the track itself to compare one sports car's abilities to another.

Used for aerodynamic advancement testing for decades on end, the wind tunnel is important to building a stable sports car that produces downforce and measures low-pressure areas. Having all the power in the world is no good if your car produces aero lift at speed.

Similar to the test track, Porsche's off-road track tests the limits of the suspension and handling of their Cayenne and Macan models in off-the-beaten-trail terrain. While they are officially still known as "sports cars" in Porsche's internal parlance, they sure aren't taking Caymans out for a romp in the mud.

What good is your favorite sports car if it isn't safe in a crash? There is a lot of really cool vintage crash test footage in this section of the film. Try not to get too misty-eyed about the tumbling long-hood 911.

Sadly, this is the final episode of the season, and who knows when it'll be returning, but when it does, we'll be there to bring it to you. In the meantime, go back and check out all of the rest of them with these links.