When you've won the Le Mans 24 eighteen times, what else can there be? 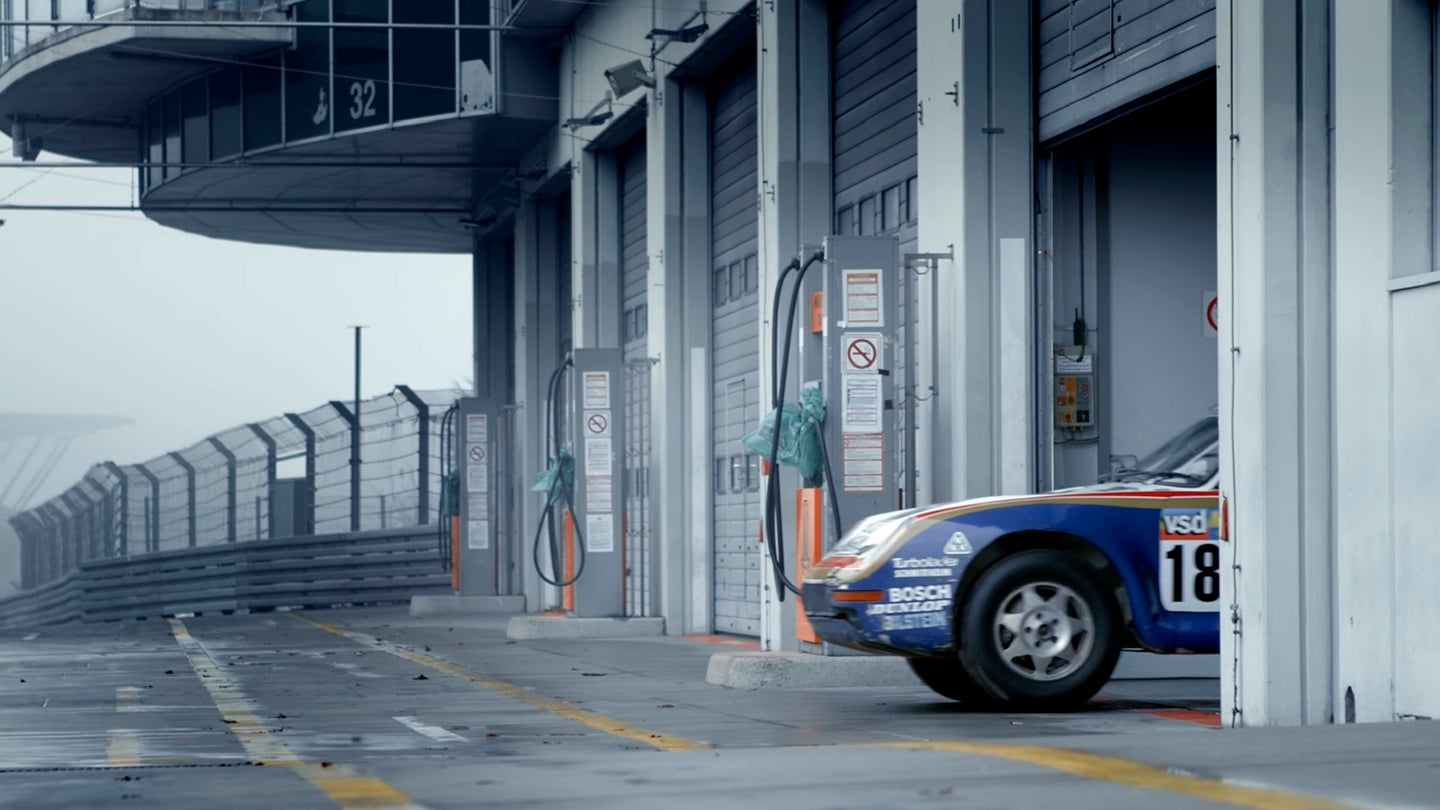 In this week's episode of Porsche's 'Top Five' series, they're giving us a rundown of their top motorsport achievements. For this episode, they've got racing driver Marc Lieb to give us a thorough explanation of each of the five motorsport milestones. Whether off-road racing or endurance racing or setting fast lap times in street cars, Porsche has pretty much done it all. There are very few races left in the world that this brand has not got a trophy for. Which ones do they value above all others? Just check out the list.

13,000 kilometers of desert racing in Porsche's supercar 959 resulted in Porsche's possibly most impressive victory of their entire history. Nobody expects a sports car manufacturer to take a super speed super car to race over mountains and sand, but Porsche did it with verve. Their cars finished 1st, 2nd, and 6th overall that year, netting Porsche a most impressive trophy for their ever expanding case.

Porsche's 956 racing car was prepared for the 1982 racing season, and won Le Mans on its first journey to the circuit. The now-famous Rothmans liveried cars were entered by the factory team and swept the podium. The following year, Porsche sold 956s to privateer teams and 9 of the top 10 finishers were Porsche 956 pilots. That base endurance car competed for over a decade as 956 and later 962 variants, winning hundreds of races worldwide, and seven Le Mans 24 victories from 1982 to 1994.

3. 1973 Can Am Challenge Championship

Porsche's 917/30 is perhaps the most impressive racing car of all time. The fact that anyone could compete in a car with over 1000 horsepower in the early 1970s with tire and aerodynamic technology being what it was, is testament to the fortitude of a driver like Mark Donohue and the engineering prowess of a pairing like Porsche and Penske. After some teething issues with the new car for the first two rounds of the season, Donohue swept to victory in the other six events of the season, winning the championship running away. Ultimately he scored more than twice as many points by season's end than anyone else.

Aside from being a winning machine, the 956 still holds the outright lap record at the Nurburgring. No car has ever gone faster, and it seems unlikely that any car ever will. With a sprint of 6 minutes 11.3 seconds, Stefan Belloff went into the history books, and there he will stay.

Play the sad trumpet sound right here, because Porsche likely filmed this prior to the newly announced faster lap time set by Lamborghini's Huracan Performante. Of course, there is a bit of controversy about Lambo's alleged time, some 5 seconds faster than the 918's, but the fact that it is contested at all means the 918s time at the top is likely not long for this world.

There you have it, Porsche's Top 5 motorsport and on-track achievements. I can personally think of a few I would rather have seen on this list, and certainly would have picked a different number 1 position. What do you think are Porsche's top track moments? Let us know in the comments below.