If you weren’t there, then you really missed out on a great weekend with great Porsche folks 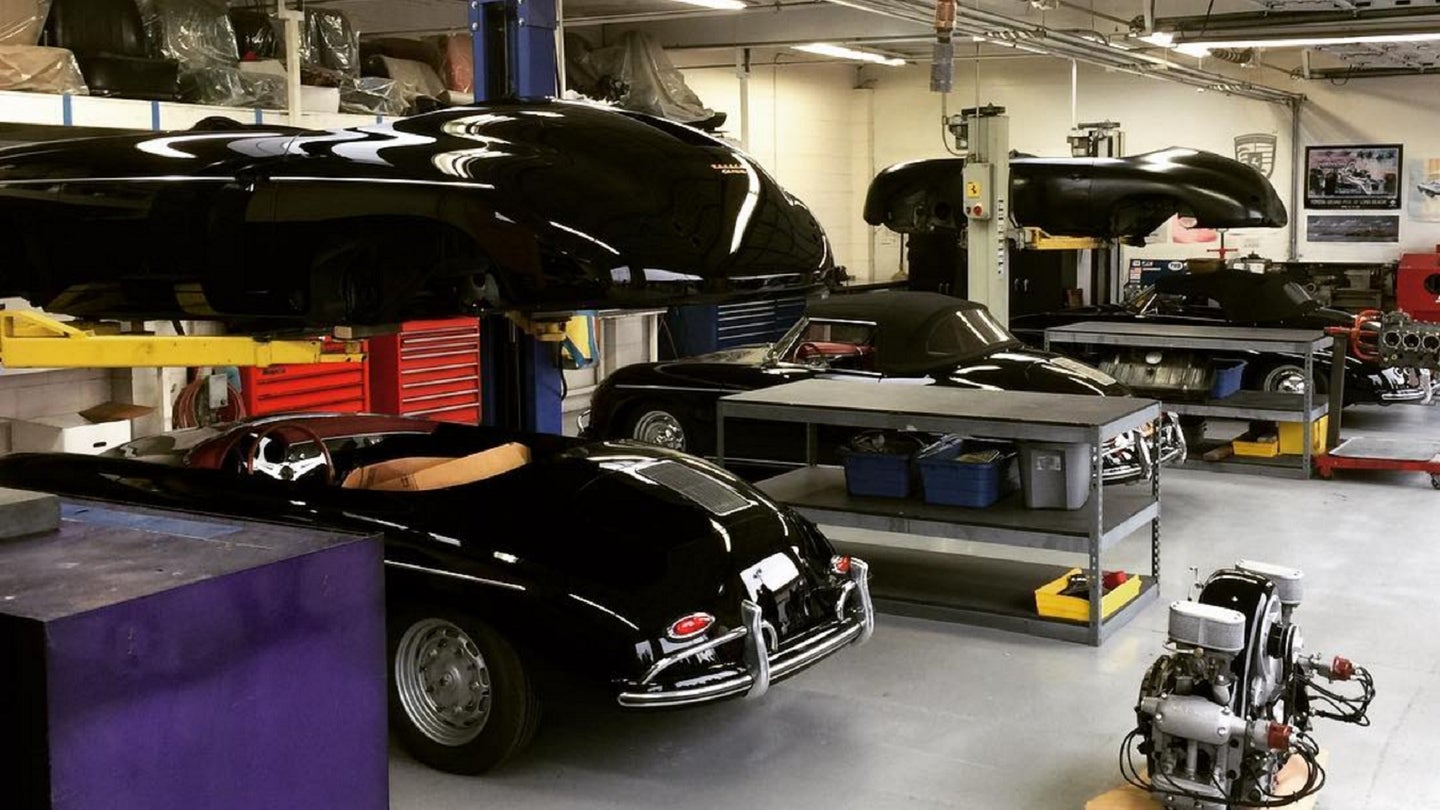 Last weekend was the Southern California Porsche swap meet weekend, a bunch of events surrounding the Los Angeles area, spanning from California Porsche Restoration down in Fallbrook, to the Phoenix Club in Anaheim to the Hilton next to LAX. It's three days of Porsche goodness and you can see all kinds of stuff there that you wouldn't normally see during the rest of the year. If you didn't make it to LA this weekend for the 2017 running of the show, make sure you mark it on your calendar for 2018, because you won't regret it.

To make sure you fully understand the scope of this weekend's activities, here are 15 great Instagram snaps to illustrate. They say a picture is worth a thousand words, right?

The first day of the weekend usually incorporates a dozen or so Porsche repair and restoration shops, parts sales facilities, and vintage car houses running individual open houses, allowing the fanatic public in to see the inner workings of the vintage Porsche world in SoCal. Willhoit, Carparc, CPR, Hunziker Design, Callas Rennsport, Benton Performance, and more have their best cars on display and knowledgeable folks around to help you understand them.

This year, for the first time, Wayne Dempsey of Pelican Parts opened his private Porsche collection up to the public for the day.

Callas Rennsport has been the caretaker of this 911R, dubbed "The Record Car", for years and trots it out for their open house every year. Check out this video where they rev it up for a bit. Too cool. They always have a great open house with several 959s and Carrera GTs on hand as well. It's a small shop, but they run a tight ship.

Over at CarParc in Orange County, they always have a great display of vintage 911s.

The second day of the weekend is when the swap meet stuff actually begins. Bright and early at the Airport Hilton down the way from LAX, the two giant ballrooms are opened up and people are given the opportunity to wade through aisles and aisles of vintage parts, accessories, literature, and toys. Officially, the show is called the "LA Lit & Toy Show" and is alleged to contain stuff for Volkswagen owners as well, but over the years it's morphed into a mostly Porsche event, and it's pretty much anything goes. That evening, European Collectibles runs their open house, by far the largest open house of the weekend, featuring catered dinner, drinks, and some of the most beautiful cars in the world.

There's always a nice Porsche display out in the valet entrance of the Hilton.

And of course the inside is Porsche memorabilia collector Mecca.

You can find pretty much anything at this swap meet, from a brand new Carrera Fuhrmann 4-cam engine...

While old aircooled Porsches do tend to hang out in Los Angeles even during the rest of the year, they sure are everywhere during this weekend. We particularly loved this shot of a long-wheelbase 911T Targa on the street outside of European Collectibles prior to their open house.

Once you arrive at European Collectibles, you're blown away instantly by the level of spectacular arrangement they go to to make sure their shop is ready for the open house. The showroom is filled with rare European sheetmetal, and the workshops are so clean you could eat off the floor. Of course, you are advised to eat off of the provided paper plates.

There is a second swap meet at the Phoenix Club in Anaheim on Sunday, this one is a little dirtier and grimier. This is the meet that people bring used engines and rusty metal and old sets of rare wheels to. Dozens of stalls of grotty old parts, and it's perfection for those of us who love to dig for Porsche gold. There is also an indoor-section for folks who have nice fancy new parts and literature. There's some bleedover from Saturday's show into Sunday, with a few of the same vendors showing up to both. There is also a car show at the Phoenix Club that attracts a lot more fans.

Or this painstakingly accurate replica of the 911 Tony Adamowicz drove to the 1968 Trans Am under 2.0L championship.

Or this actual off-road competition prepared 911.

That's a wrap on another great year. See you next time?

Make sure you follow each and every one of these folks on Instagram. They're champs at the social media medium.

Porsche Revisits Off Road History for Display at Retro Classics

The Showcase Includes A 911 SC Safari, A Paris-Dakar 959, and a Cayenne Transsyberia