A Family Heirloom Porsche Returns To The Track!

Entered in the Optima Batteries Ultimate Street Car Challenge, John Cary’s Porsche returns to the track after decades away. 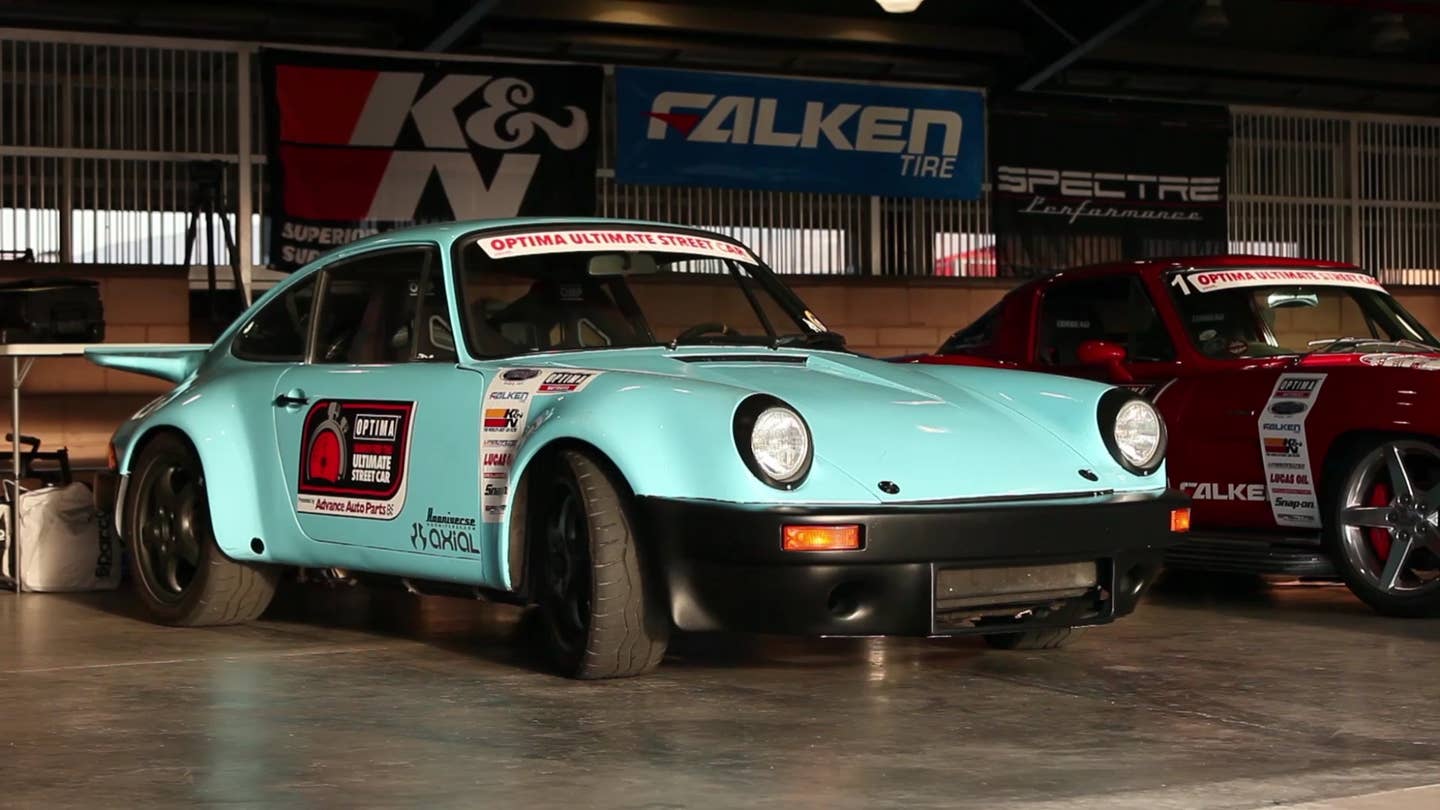 Okay, so it's not wheel-to-wheel, or an open lapping day, or a time attack event, the Ultimate Street Car Challenge is essentially just a large autocross, but this 911 is returning to actually competition driving for the first time in decades, which is a really cool story. As was chronicled in the street portion of this story, the car was John Cary Sr.'s car in the 70s, and after a few decades of sitting, it's now been resurrected as John Cary Jr.'s car. In any case, the car has been fitted with a new set of tires, and been attacked with a paint gun to give it a more finished look for the event. Cary Jr. took on some stellar muscle cars with serious handling modifications with his old Porsche, and while he was down on power and tire and probably skill, he handled himself pretty well and had some fun in the car he and his father built. If that's not what amateur motorsport is all about, I don't know what is. It's a start, and as we Porsche enthusiasts know, once you get the itch to go racing, it doesn't ever really go away. Good luck, John, you'll need it!

The video, produced by Optima Batteries, is unfortunately on their website's proprietary video player, so to see it you'll have to click here!