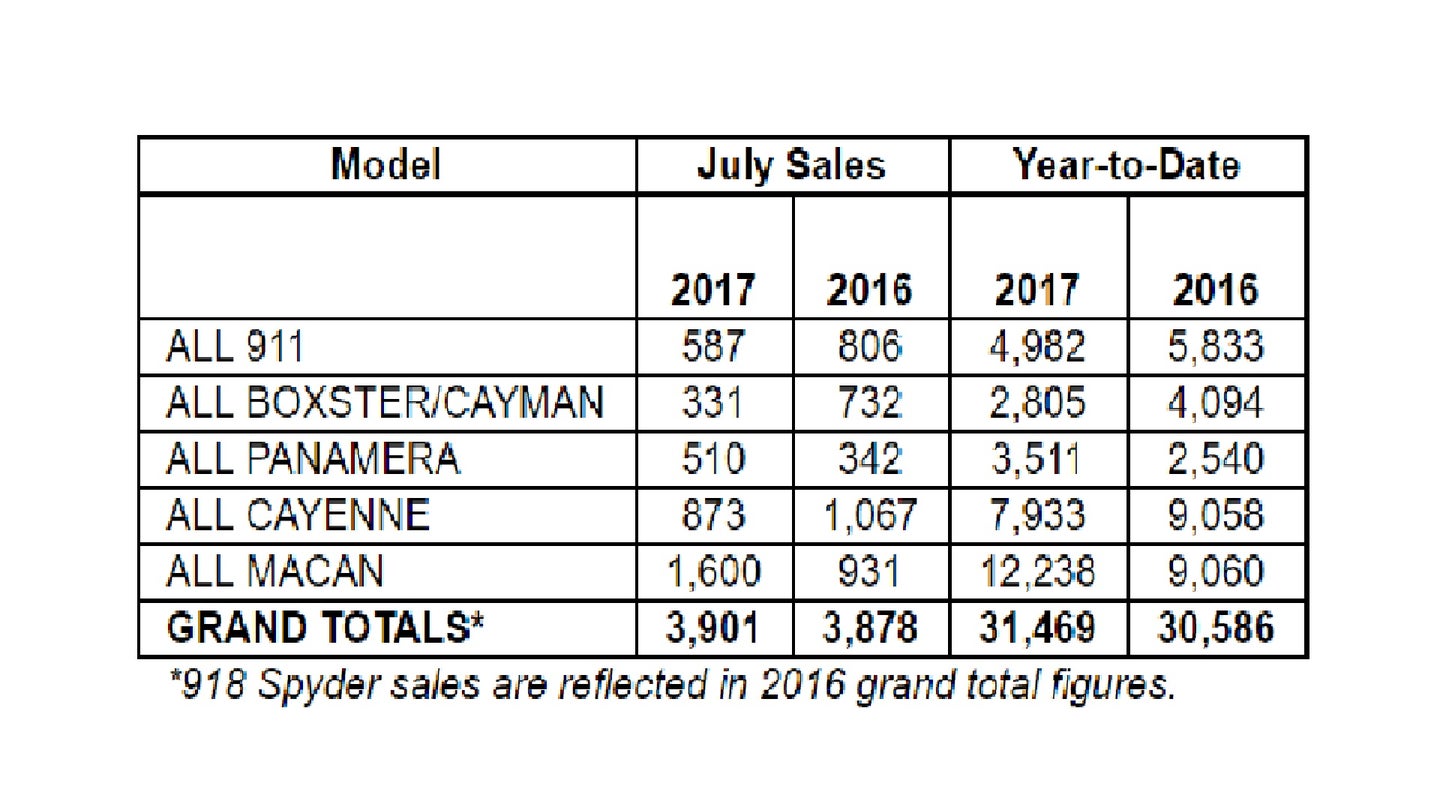 July represents the 12th consecutive month of year-over-year growth for the German sports car brand in this market, now the second-largest single-nation market for Porsche, following China. While 2016 was a good year for Porsche, their 2017 has been slightly better still, carried largely by the Macan's strong sales and to a lesser extent the staying power of the new impressive Panamera redesign. In contrast to those two, 911, 718, and Cayenne sales are all down.

"For the twelfth consecutive month, we have topped previous-year results.  This is an excellent outcome.  In addition, we are pleased to see the new Panamera continues to be so well received," said Klaus Zellmer, President and CEO of Porsche Cars North America.

As the July numbers state, Porsche's sports car sales represent just under a quarter of the company's sales in North America. Put another way, Porsche now sells three times as many SUVs as they do 911s, Boxsters, and Caymans combined. I know that I harp on this with the launch of every new monthly sales report, but I can't help but think this is the slow death of the company we love. Is Porsche leveraging their sports car history to help them hock sport utes, or am I being too cynical?

Boxster/Cayman sales are less than half of what they were just a year ago. Is this the market responding to the new car's four-cylinder dynamic, or simply a slump in Porsche sports cars in general? What is your take on this phenomenon?