GM Is Rolling Out 2,000 EV Chargers at Pilot Truck Stops Coast to Coast

Driving from NY to LA in an EV will get a lot easier in the coming years.

General Motors is partnering with the Pilot Company of gas stations and truck stops to build an EV charging network that will help drivers charge up when doing coast-to-coast travel within the United States.

The network will consist of 2,000 DC fast chargers distributed across 500 existing Pilot and Flying J locations. That's roughly an average of four chargers per location strategically placed along U.S. highways from New York to Los Angeles. GM and Pilot's chargers will work with EVs from any brand and dole out power at up to 350 kW but, of course, GM EVs will receive some preferential treatment in the form of exclusive reservations, discounts, and a more seamless plug-and-play experience. Not all but "many" of these charging locations will feature canopies and be set up for pull-through service ideal for trucks and vehicles towing trailers.

EVgo eXtend will install, operate, and maintain these new cross-country chargers co-branded "Pilot Flying J" and "Ultium Charge 360." The first phase of chargers shown in the map below is expected to be up and running sometime next year.

Tesla's extensive Supercharger network has enabled coast-to-coast EV road trips for quite a few years with the obvious caveat being that it is only compatible with Tesla cars. Just last Friday, however, the White House confirmed that Superchargers will soon be opening up to all other EVs, something that's been reported to happen for more than a year now.

If or when all EVs do get access to Superchargers, it may take a little wind out of this GM/Pilot venture, but if we're collectively serious about widespread EV adoption, we'll take every charger that we can get, no matter which automaker happens to be backing it. The fact that these new ones will be located at gas stations/truck stops is definitely a major win in my book. 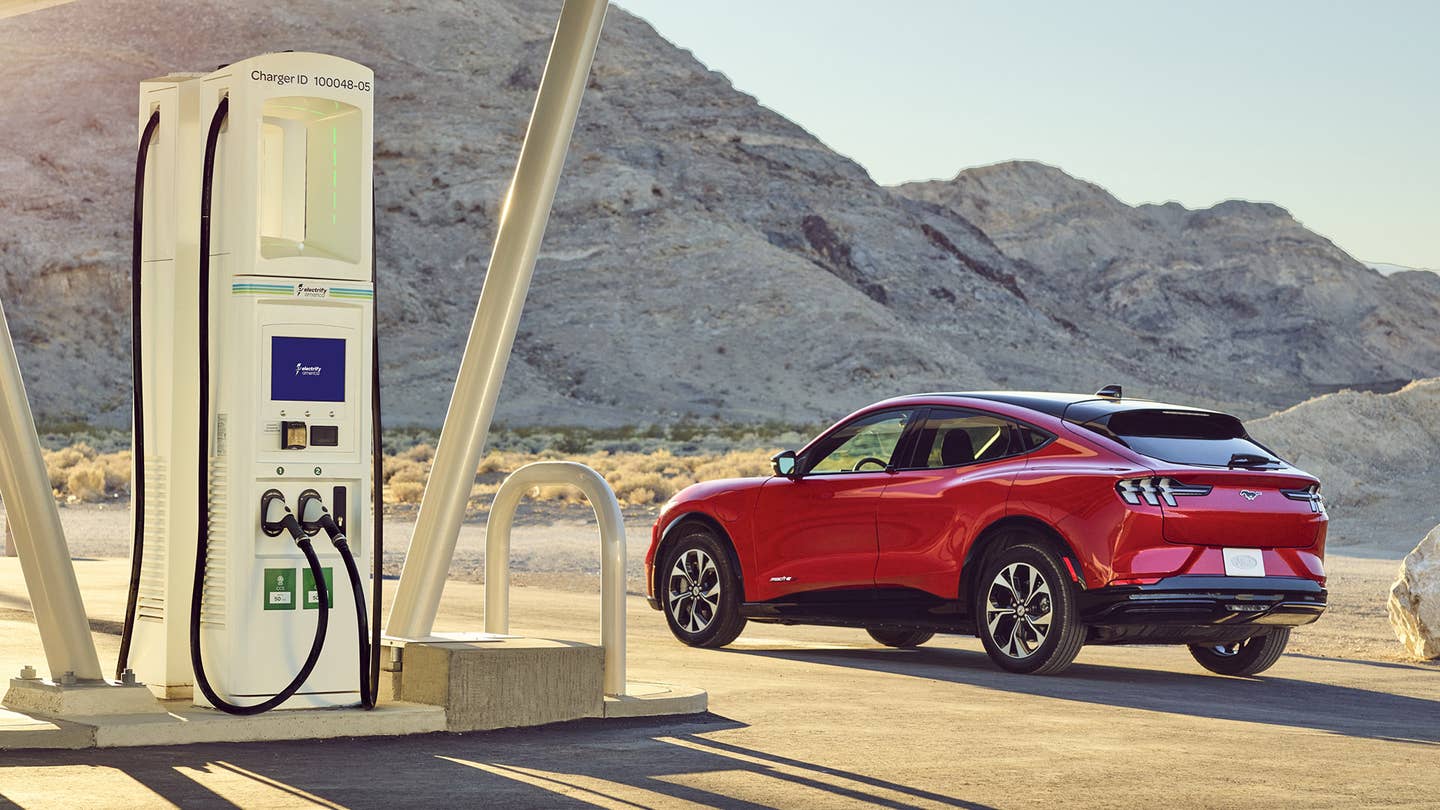 Public EV Charging Still Sucks, but Ford Is Working to Fix It

For years, legacy automakers haven’t done much to improve the public charging experience for their customers the way Tesla has. 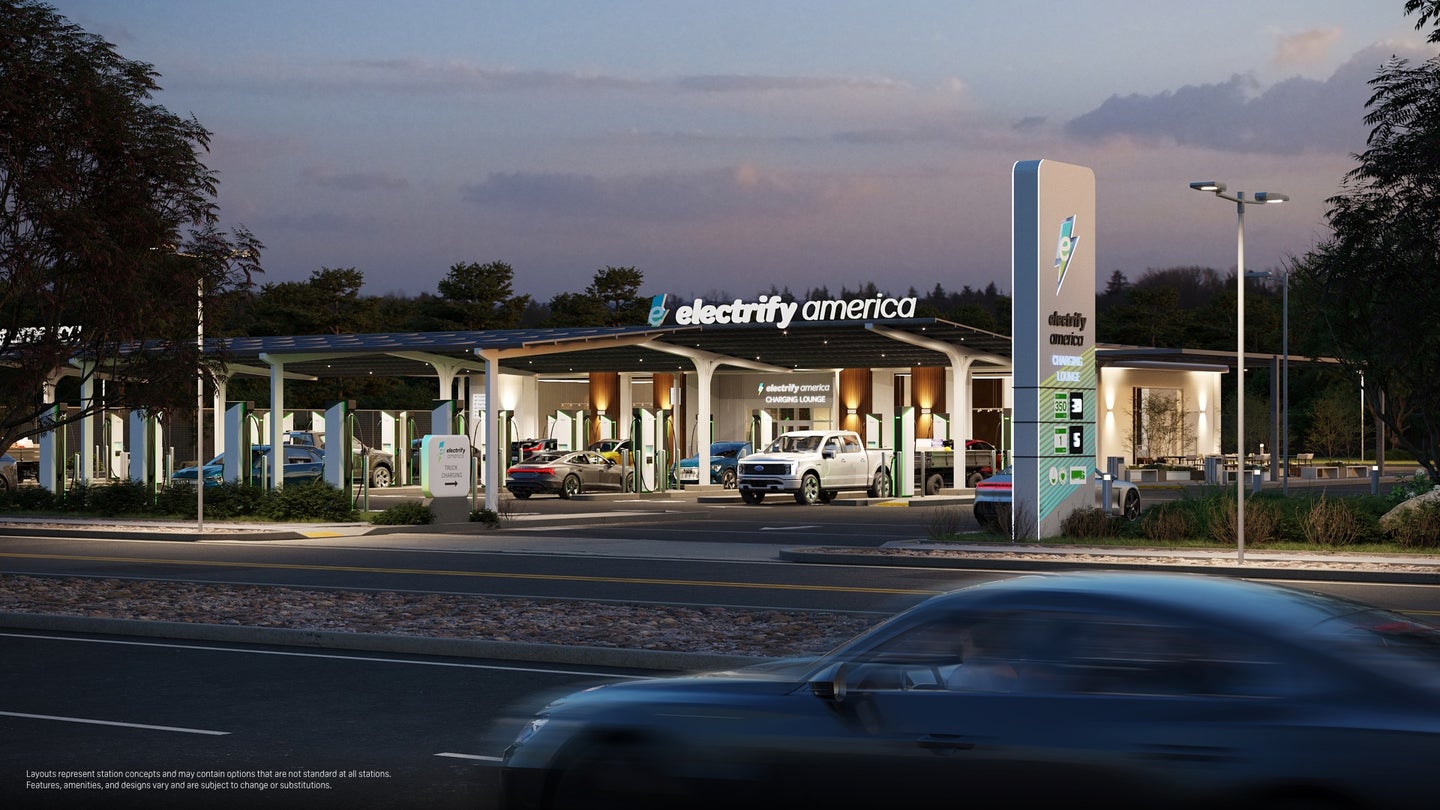 Unless it’s a Tesla Supercharger, public EV charging… kind of sucks. EA is looking to change that.