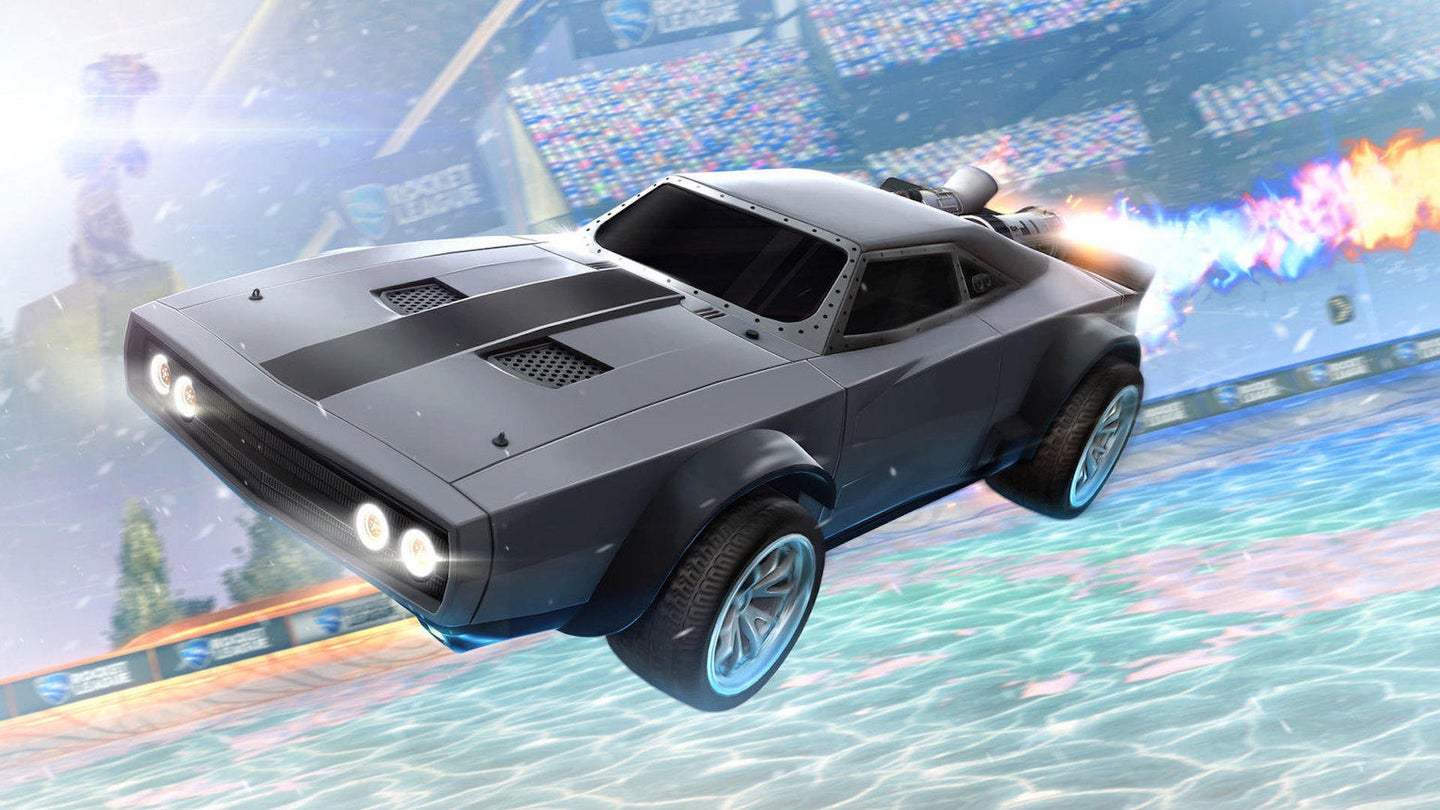 Playing the popular automotive soccer video game Rocket League is one of the most adrenaline-rushing things you can do on any random without having to leave your couch. Now, for Fast & Furious fans, the game gets even better. Rocket League's developer announced Friday that it would be adding Dominic Toretto's "Ice Charger" from the upcoming Fate of the Furious movie as a new, downloadable car option for the game.

In true F&F fashion, players will be able to customize the Charger, just like they can with other cars in the game.

The Dom Ice Charger, which comes through thanks to a partnership with Universal Pictures and Dodge, will cost $1.99 and will be available on April 4 for PlayStation 4, Xbox One, and PC. That should at least be able to hold those fans over until the movie reaches theaters on April 14.

Just don't forget to yell random Dom quotes from The Fast and the Furious while scoring goals.