A group of Mosul, Iraq residents is celebrating their freedom from ISIS rule by getting sideways as much as possible. 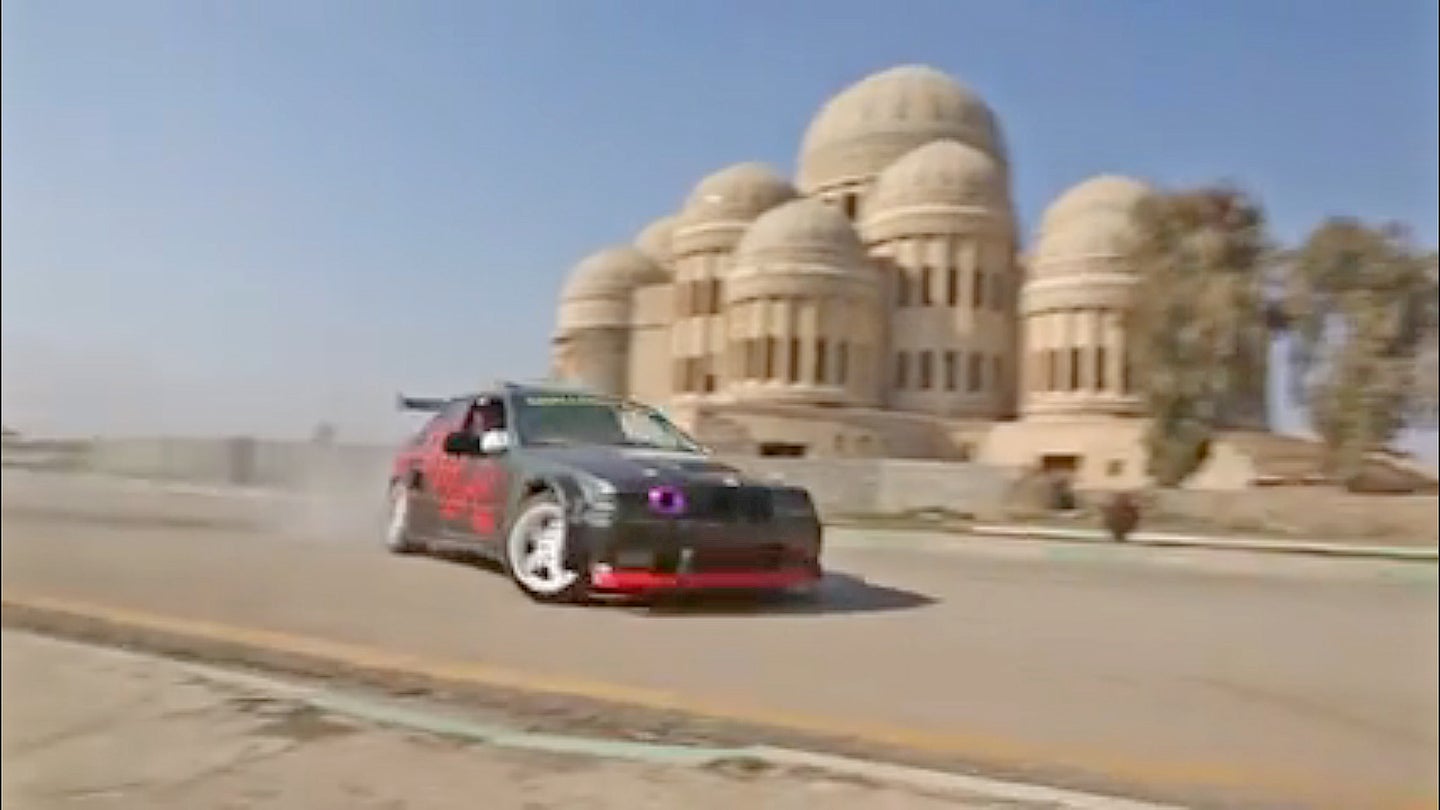 Even by Middle Eastern standards, the war between ISIS and the people of Iraq has been a hard one. The group of militant zealots has waged an unyielding campaign to subject the region to its harsh interpretation of Islamic law, capturing a large swath of land in the north of the nation.

And few parts of Iraq have suffered as much as the city of Mosul under ISIS's wrath. The group captured the northern Iraqi town in 2014, holding onto the city with an iron fist for two years before the Iraqi army—with a little help from U.S. forces—blasted back into the city in a bloody, harsh campaign that began last October and continues to this day. As of last month, friendly forces had retaken more than half the city, bringing freedom and relief to hundreds of thousands of civilians who had been trapped under the Islamic State's rule.

So what do people in Mosul do once they've been freed from the ISIS yoke? Well, some of them go drifting.

That's what BuzzFeed News reporter Mike Giglio found when he tagged along with a group of young Iraqis who call themselves "Riot Gear" as they went a-drifting in a liberated part of the city. In some ways, it's strangely reminiscent of any drift meet anywhere on Earth...except instead of being shut down by the cops, the fun ends when ISIS begins dropping bombs.