Is a pet treat hoarding dog the reason these wipers don't work? 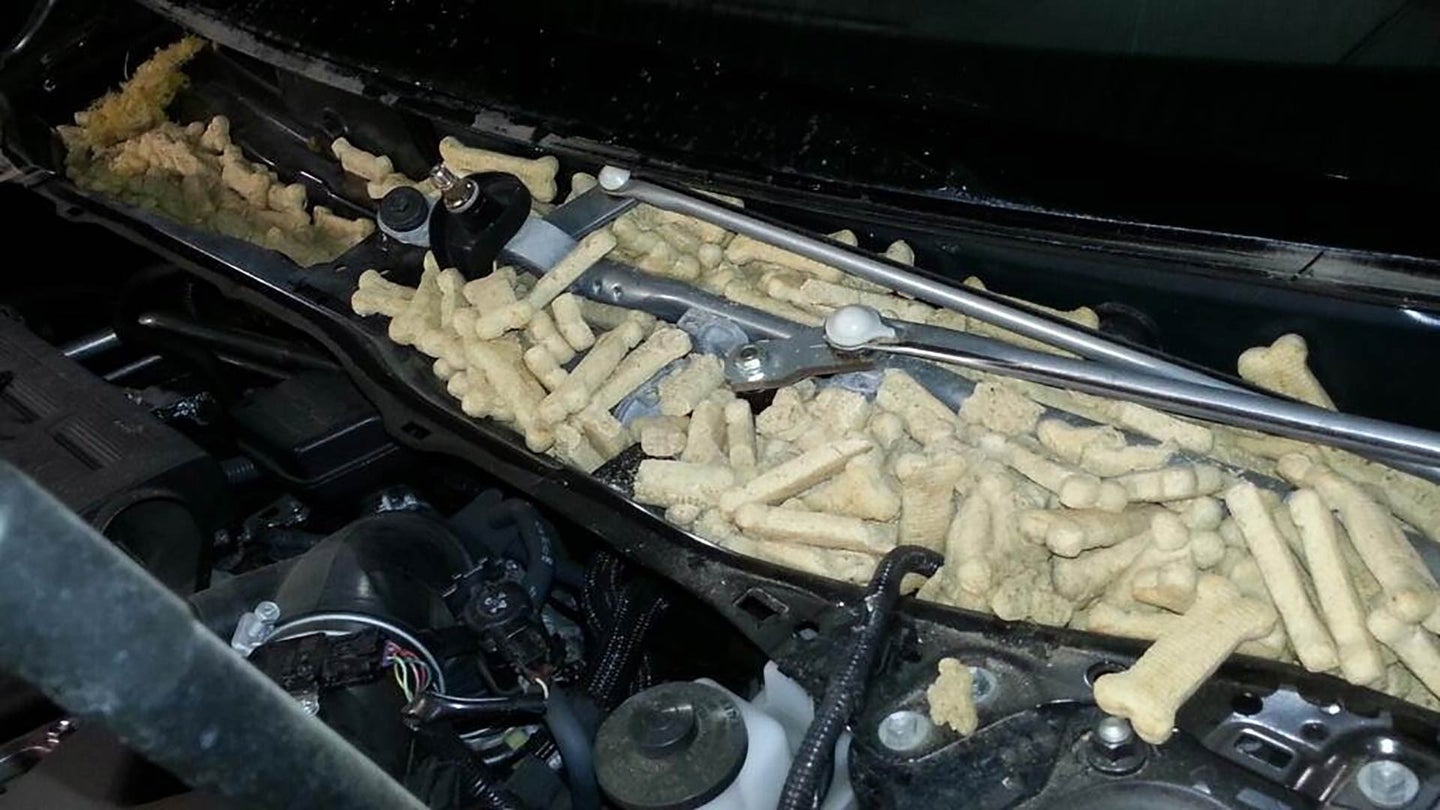 During the winter months, we spend many mornings freeing windshield wipers from the chilly grip of ice and snow.

So when Reddit user LochNessM0nster noticed a customer's windshield wipers were stuck halfway up, he likely assumed it was some natural debris. He was wrong. It appears one of man's best friends decided to stash a ton of Milk Bones in the gap between the wiper posts beneath the hood.

Although we don’t know the exact scenario or culprit, we can safely assume it was not a dog as a dog would have a lot of difficulty getting onto the hood of the vehicle and carefully stashing each bone. It was most likely a squirrel who had gained access to a few boxes of Milk Bones left in someone’s back yard the had been slowly hacked away at by the mischievous rodent.

The upside? LochNessM0nster's customer won’t have a pack of dogs chasing his car anymore. Rimshot.