A Huge New Indoor Drive-In Theatre Is Opening in Nashville

The $10 million indoor theater, set to open in the second quarter of 2018, will be packed with classic cars, offer a full bar, and even have its own simulated night sky. 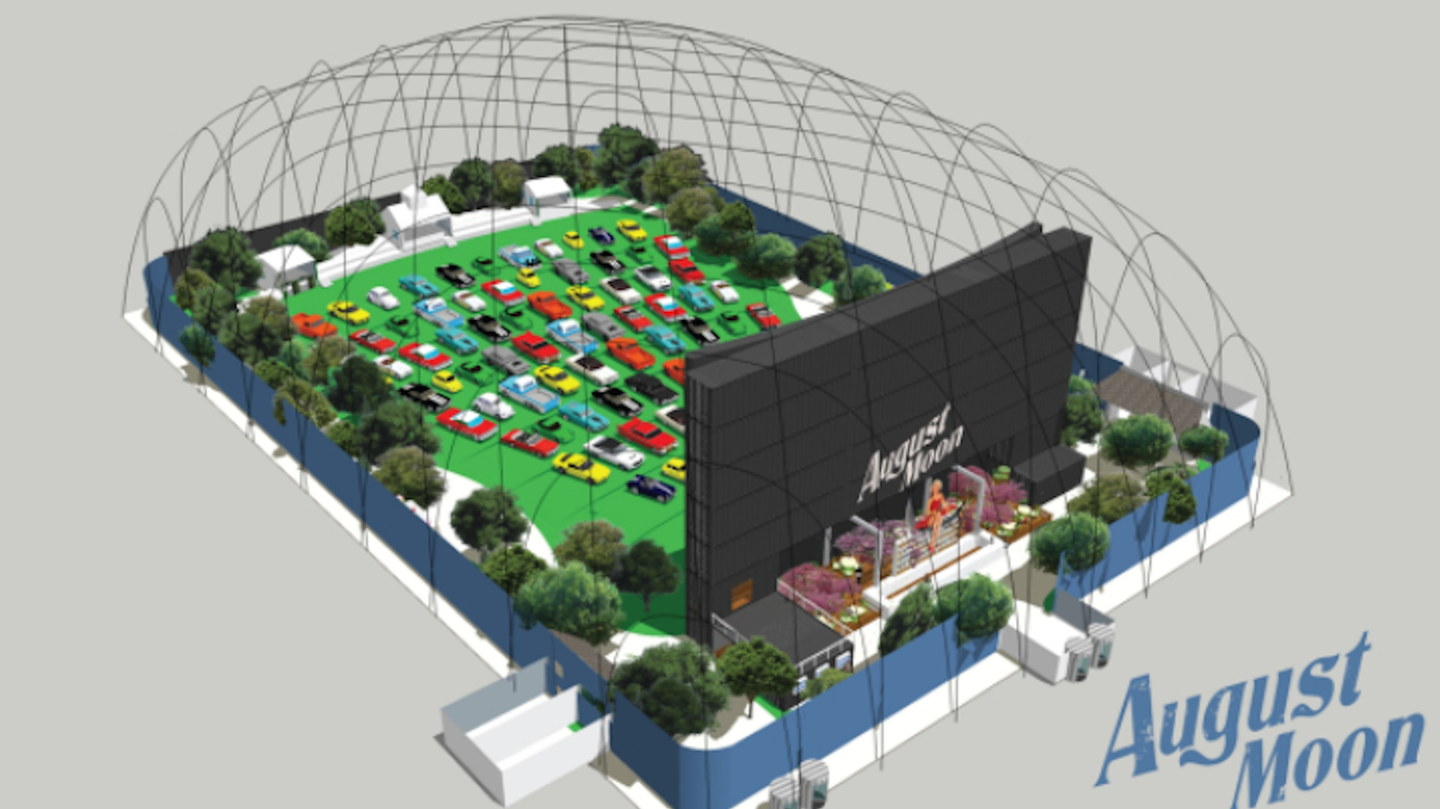 The age of drive-in movie theaters has come and gone, but there's nothing wrong with embracing the obsolete past of in-car movie-viewing. August Moon, a new drive-in facility being developed for Nashville, Tennessee, is attempting to bring a little bit of the 1960s to the twenty-aughts.

The new 40,000-square-foot indoor drive-in will have an air-supported dome with a simulated starry sky, a full bar, complete food service with proper '60s American food like burgers and shakes, and even private lounging areas and room for live music, Variety reports. The theater will reportedly have the largest non-IMAX movie screen in North America and will provide movie-watching seating in its own selection of classic cars. (Sorry, vintage owners—doesn't look like you'll be ably to BYO vehicle inside.)

August Moon will show a variety of films.

The drive-in will feature new movies as well as classics, and will be set up so that live performers can interact with the audience when movies aren't playing. Tickets will be between $8 and $20 per show.

“Essentially we’re building a soundstage,” Michael Counts, the designer behind August Moon, said to Variety. “We’re building a set as if you’re going to shoot an outdoor scene in a movie, on an indoor stage.”

The $10 million facility is slated to open in the second quarter of 2018.