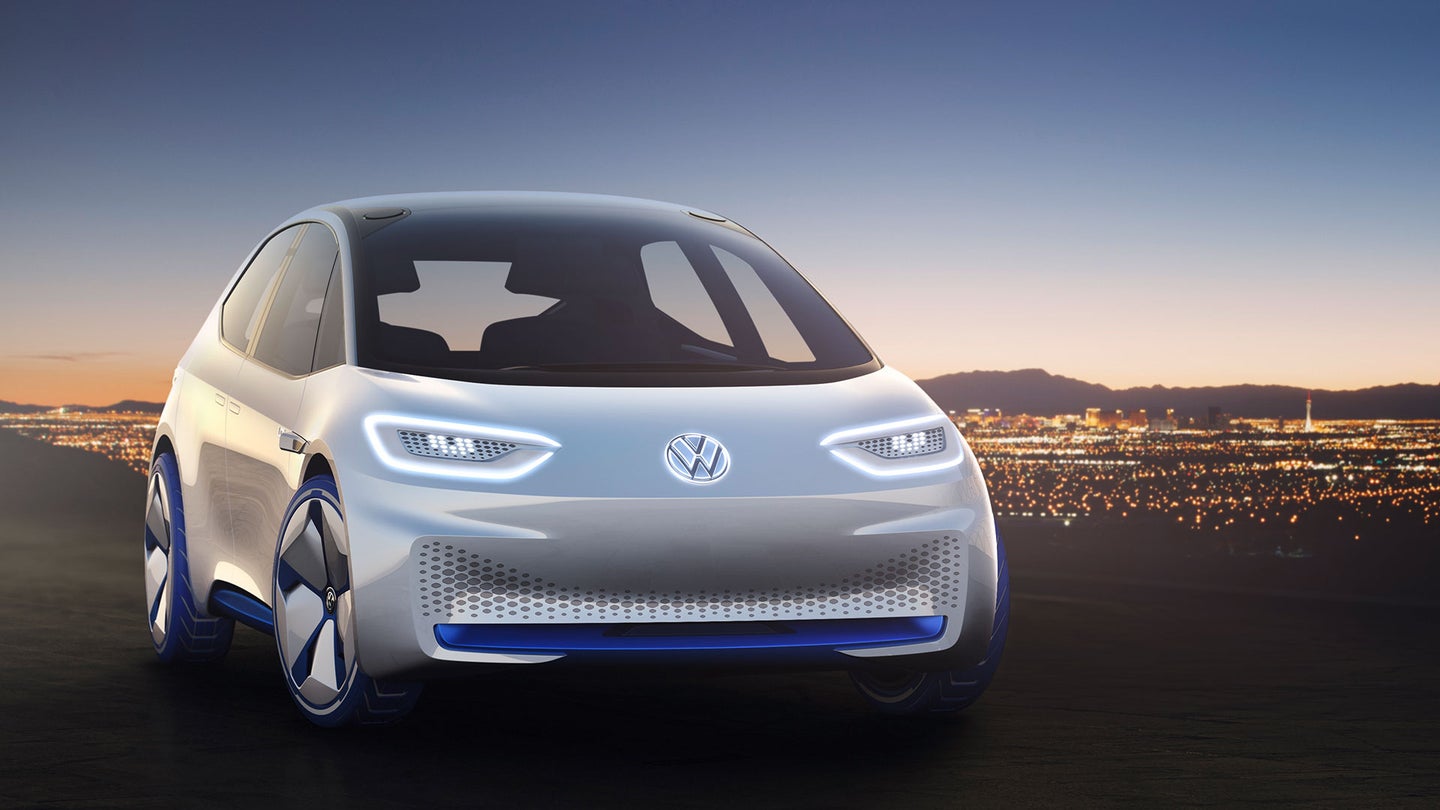 When Volkswagen's’ new I.D. line of semi-autonomous electric cars start entering the market in a few years' time, they’re going to need a lot of bandwidth to transmit all the data they generate and receive. Today’s 4G LTE networks aren't going to cut it. So to ensure high data transmissions rates, VW is planning to outfit its upcoming EVs with 5G broadband.

Wireless 5G is the next generation of mobile broadband network, with higher throughput and lower latency than the current 4G LTE standards. Although specifications for 5G are still being worked out, carriers are aiming for aggregate speeds of around 20 gigabytes-per-second speeds and one millisecond latency. For consumers, this could translate into speeds on mobile phones as high as 100 mbps. (Current 4G networks in America usually hit 32-40 mbps on a good day, for comparison.)

Although this feature means that the I.D. hatchback and other models would have higher Internet speeds than most homes, its high capacity isn’t going to be used for just streaming Spotify during evening commutes. Sure, video-conferences from the back of the Microbus MPV are going to be a lot easier on 5G networks, but the high-throughput network is really meant to enable autonomous driving.

Self-driving VWs will need to communicate with a broad range of devices, including navigation services, traffic signals, and other vehicles. They're also going to be generating terabytes of data that will need to be uploaded to cloud computing infrastructure.

The standards to support 5G networks are still being worked out, and should be finalized around 2020—which is when the first VW I.D. is due to hit the streets. We may not have to wait that long to get our first taste of that speed, however; AT&T and Verizon Wireless will begin testing 5G network architecture later this year.