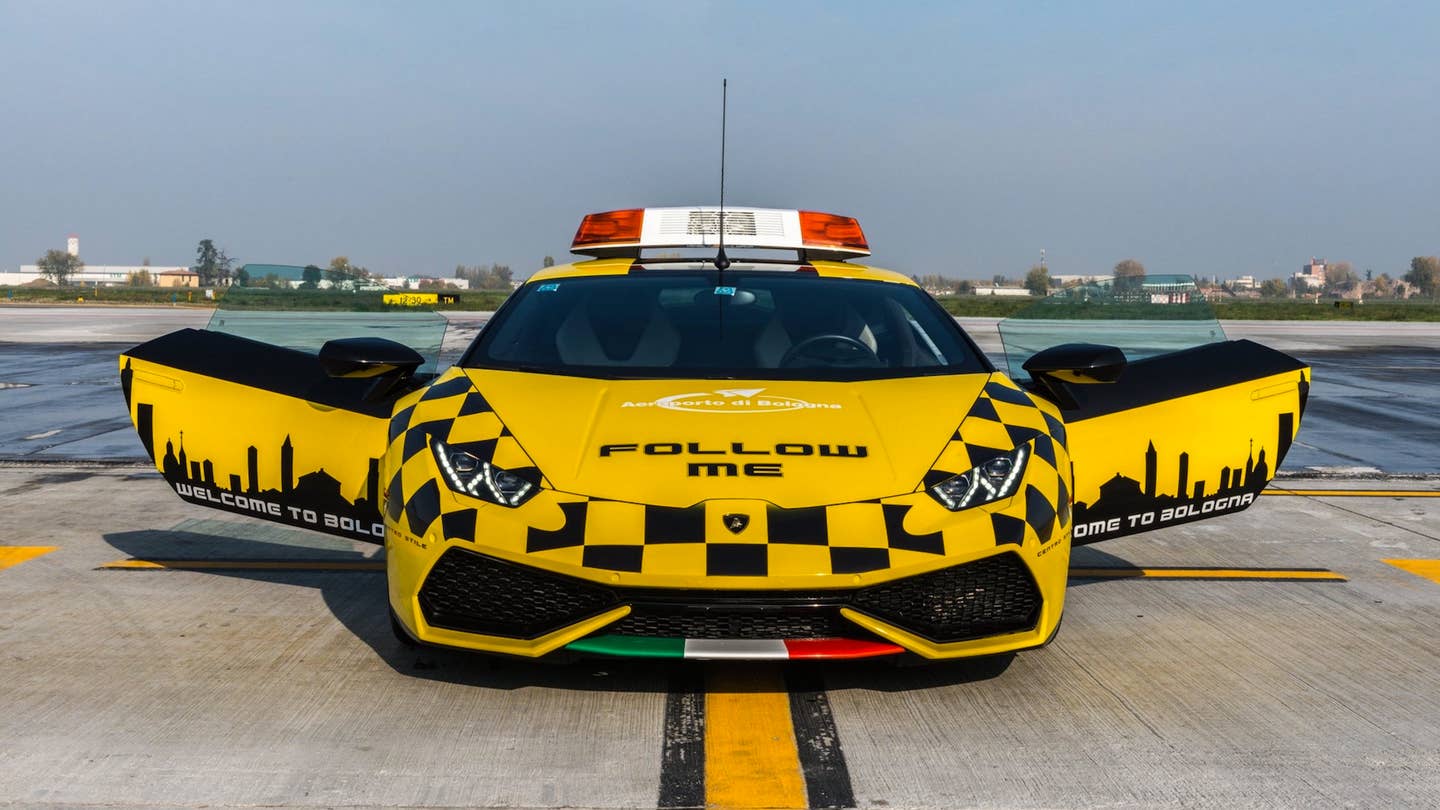 In this humble author's book, if there's one thing that could help commercial airline passengers hold back nausea and fear on landing, it'd be the sight of a bright yellow Lamborghini. Some lucky travelers headed to Italy's Bologna Airport will get just that opportunity, now that a Huracan is serving as a "Follow Me" vehicle for the hub.

The Huracan is painted in a color that we hear at The Drive are familiar with as "New York City taxi cab yellow," but it works surprisingly well on the super-expensive supercar. On top of the yellow, there's a blacked-out silhouette of the City of Bologna's skyline, and the standard checkered graphic that is usually used on "Follow Me" cars.

The raging bull began its runway duties last week and will be in service until January.

"Follow Me" vehicles at airports are generally used to give directions to pilots in taxiing aircraft on runways. Though this Huracan appears to have the right equipment for the job—light bar, paint, and all—it's unclear if it will actually be used for such purposes, or if it will just sit around and be pretty.

But seriously, if If I were flying into Italy, the one thing I would want to see when looking out my airplane window would be a brightly-colored Lamborghini. The only thing that could make it better would be if, like, Mario was driving the supercar with Luigi riding shotgun, with them both eating some fresh slices of pizza.

[Ed. note: The rest of The Drive staff do not support Aaron's weird, stereotypical view of Italian culture. The rest of us are also aware that Mario and Luigi are not real.]