The 2016 Brazilian Grand Prix has been red flagged. 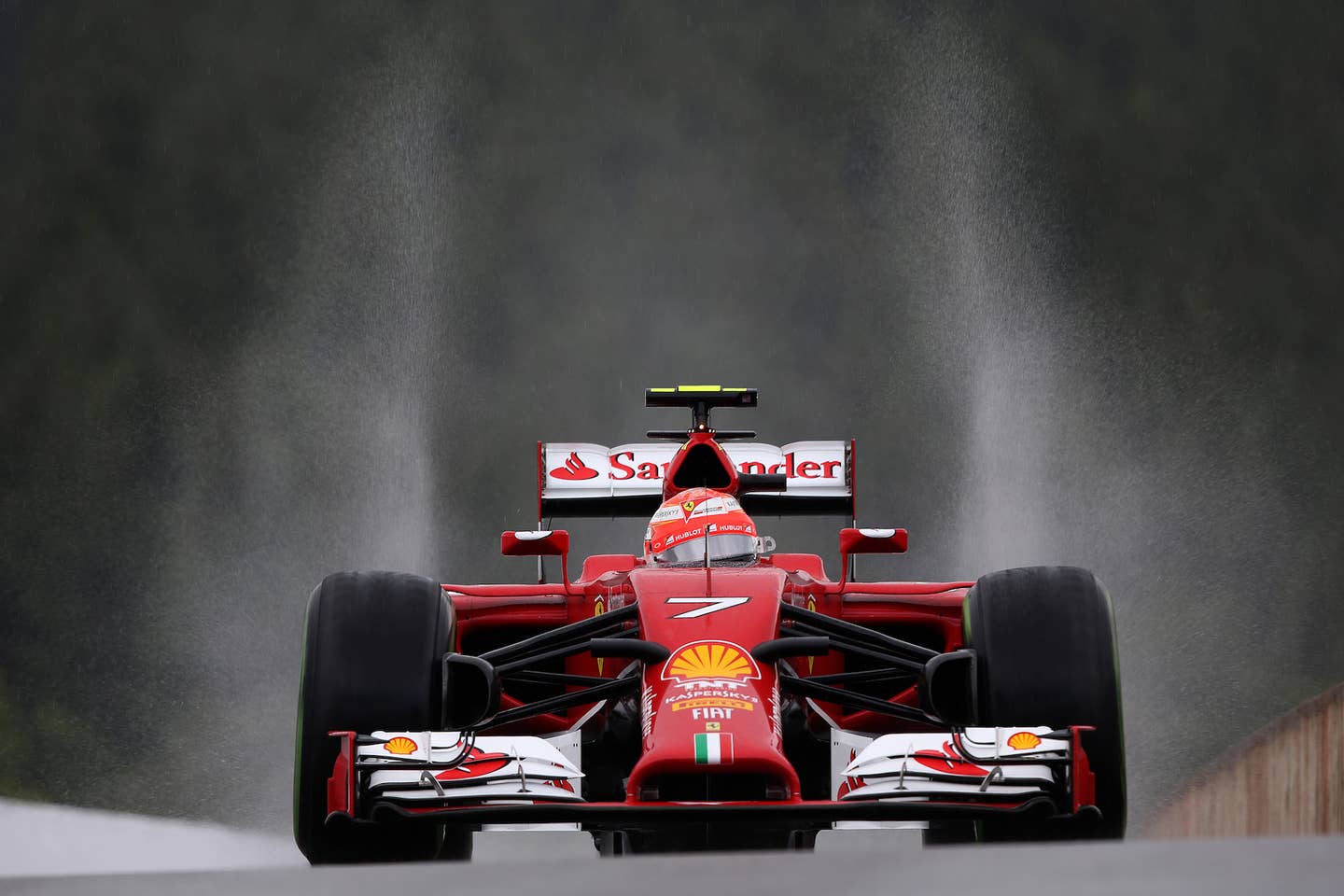 It’s pissing down rain at Autódromo José Carlos Pace in Interlagos, Brazil. The deluge means that this morning's F1 Brazilian Grand Prix started under caution, with Mercedes-AMG’s pole-sitter Lewis Hamilton leading the grid behind the safety car. Racing began in earnest after seven laps, and almost immediately devolved into a total shitshow.

Hamilton complained over the radio that rain had been leaking through his visor, filling his helmet with water. Romain Grosjean, driving for the Haas F1 Team, was forced to retire after spinning out into a tire barrier. Sebastian Vettel also had an off, but managed to rein in his Ferrari before it incurred any serious damage. Several teams jumped the gun switching from rain tires to intermediate slicks. Among them was Sauber, which paid dearly when Marcus Ericcson lost it exiting Turn 15, crashed hard, and wound up sitting in a pile of debris, blocking the entrance to pit lane. The safety car came out for that one; moments after it released the field, Ferrari’s Kimi Räikkönen wiped out coming across start/finish and clipped the wall. Immobilized, facing oncoming traffic on the high-speed front straight with almost zero visibility, he was a sitting duck, and was nearly collected by his own teammate, then Torro Rosso’s Carlos Sainz, Jr.:

12:20 p.m. — The grid is back out on track, but running behind the safety car. Hamilton has a new helmet. Team radio predicting heavy rain continuing for the next 50 minutes. Current order: Hamilton, Rosberg, Verstappen, Perez, Sainz, Jr., Nasr, Ricciardo, Ocon, Wehrlein, Alonso.

1:00 p.m. — They're back! Still under caution, following the safety car in formation. Hamilton claims track conditions are "worse than before." Verstappen says "We can race." One hour left until the Brazilian Grand Prix concludes under the mandated time limit.

1:25 p.m. — Save of the Year goes to Verstappen. Holds it, and somehow maintains second place over Rosberg: