Watch This 2017 Audi R8 Wipe Out Hard At the Nurburgring 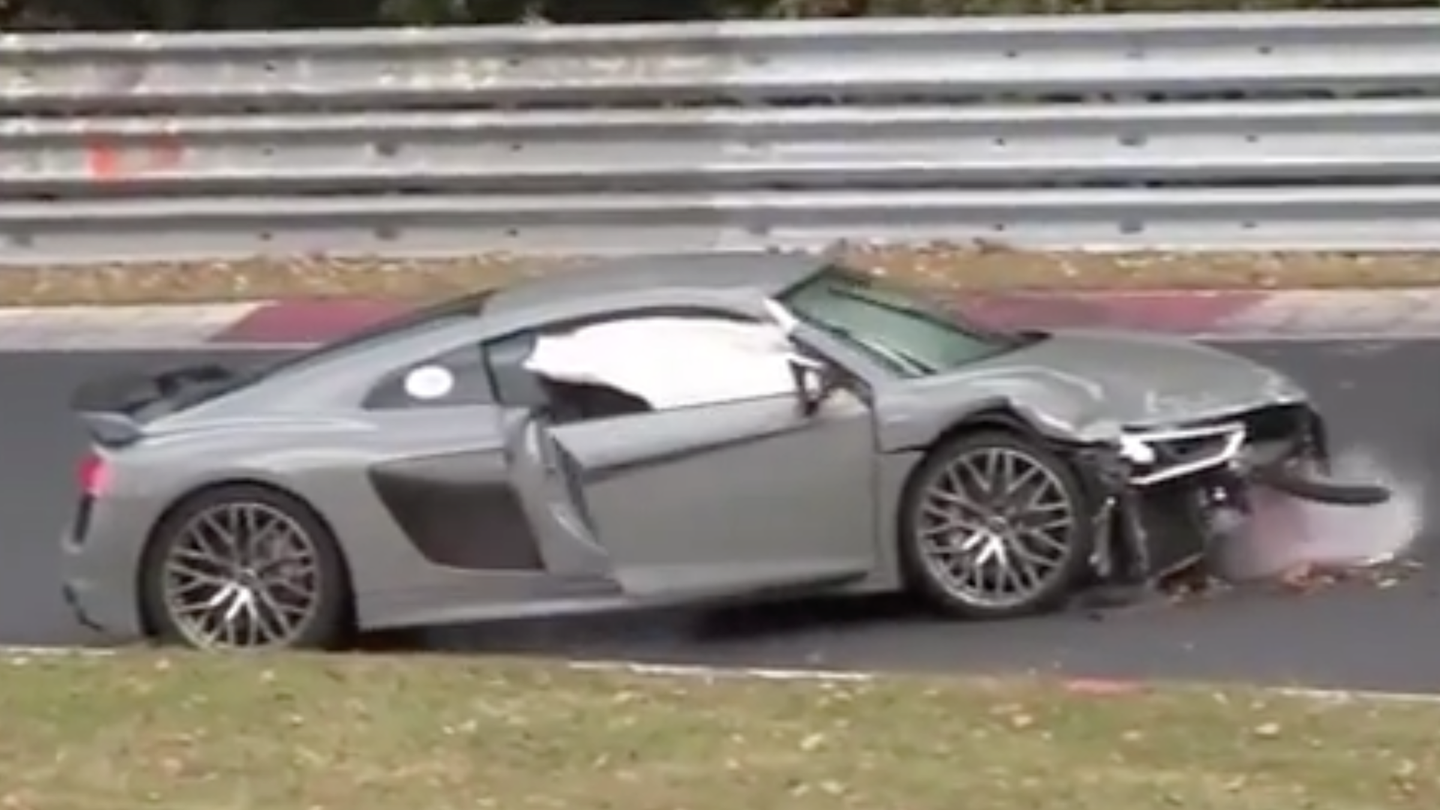 It doesn't matter what you drive: If you're driving hard on the Nurburgring Nordschleife and you're not careful, or even just unlucky, chances are, the world-famous 12.9-mile track will claim your car as one of its victims. The Nordschleife is relentless and unforgiving, as one Audi R8 driver recently found out when he piled his car into the barrier.

In a video uploaded to the "Jeff Chin Photography" Facebook page, you can see a gray, current-generation R8 Plus hauling out of a corner on the Nordschleife while being trailed by a last-gen Ford Focus RS. As the all-wheel-drive supercar begins to straighten out, the rear end appears to break loose, sending it into a slow drift and causing the rear left wheel to hit the edge of the track. Once the car touches the trackside grass, the driver loses control of the mid-engined supercar and the 610-horsepower R8 is sent face-first into the Nordschleife's Armco barrier.

The whole car's lower front fascia is ripped off in the accident; airbags are deployed, fluids (likely coolant, but for all we know, there could be some oil or urine in there) go spraying everywhere, and R8 body parts wind up scattered over the track.

The driver of the R8 was relatively okay following the incident, Auto Evolution reports.

Recently, the Green Hell has seen some incredibly close calls with Audi R8s. Earlier in October, a driver managed to keep his or her R8 together after the car broke loose on an extremely wet day at the 'Ring, and in July, The Drive reported on a clip that showed a first-generation R8 just barely hanging on after the car meets the trackside grass on the Nordschleife.