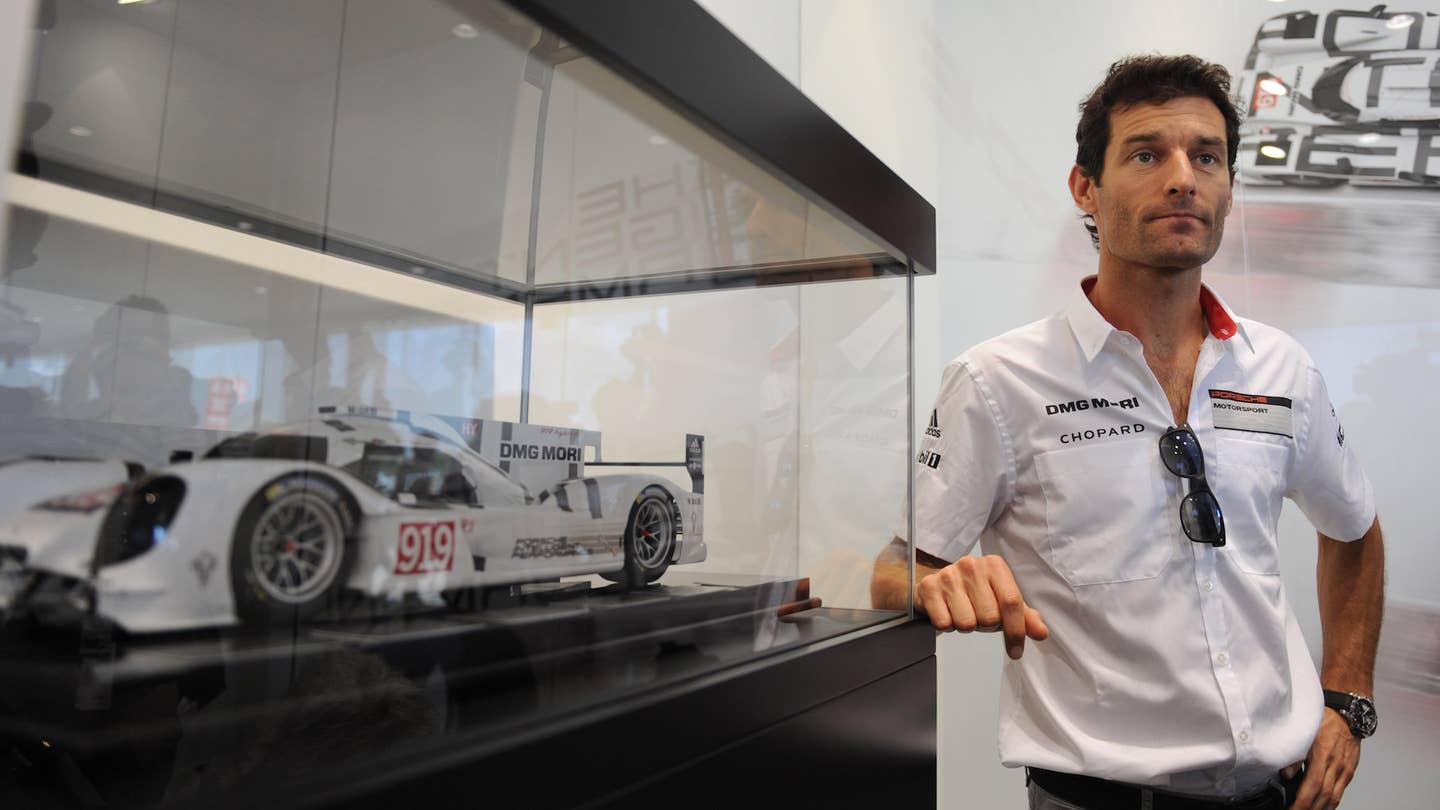 It's the end of an era. World-renowned driver Mark Webber has announced he will walk away from racing at the end of the 2016 FIA World Endurance Championship season.

The 40-year-old Aussie joined the Porsche factory LMP1 program in 2014, after 11 years in Formula One racing. Webber, along with co-drivers Brendon Hartley and Timo Bernhard, won the drivers' championship in 2015, where the trio dominated with four wins and two podiums in just eight races.

"I will miss the sheer speed, downforce and competition, but I want to leave on a high and I’m very much looking forward to my new tasks," Webber said of his decision.

But the Australian won't be disappearing from the automotive world. Webber will go on to be a "Special Representative" for Porsche, alongside two-time World Rally Champion and general badass Walter Röhrl.

Sportscar365 suggested in September that Porsche GT drivers (and 2015 Le Mans winners) Nick Tandy or Earl Bamber could move up to the LMP1 ranks for 2017; Webber’s retirement gives Porsche an opening to bring one of them up to the prototype class. But their path to the majors isn't guaranteed; former F1 driver and two-time Indy 500 winner Juan Pablo Montoya tested the 919 Hybrid Porsche LMP1 car at the end of 2015, and is currently without a full-time ride.

Webber spent a majority of his F1 career at Red Bull Racing, where he won nine Grands Prix and finished third in the championship three times. He also stirred up a fair bit of controversy in his time at Red Bull, often questioning the team’s blatant favoritism of his teammate, four-time F1 champion Sebastian Vettel.