Plus, a super-efficient bonfire and hiking boots from Danner. 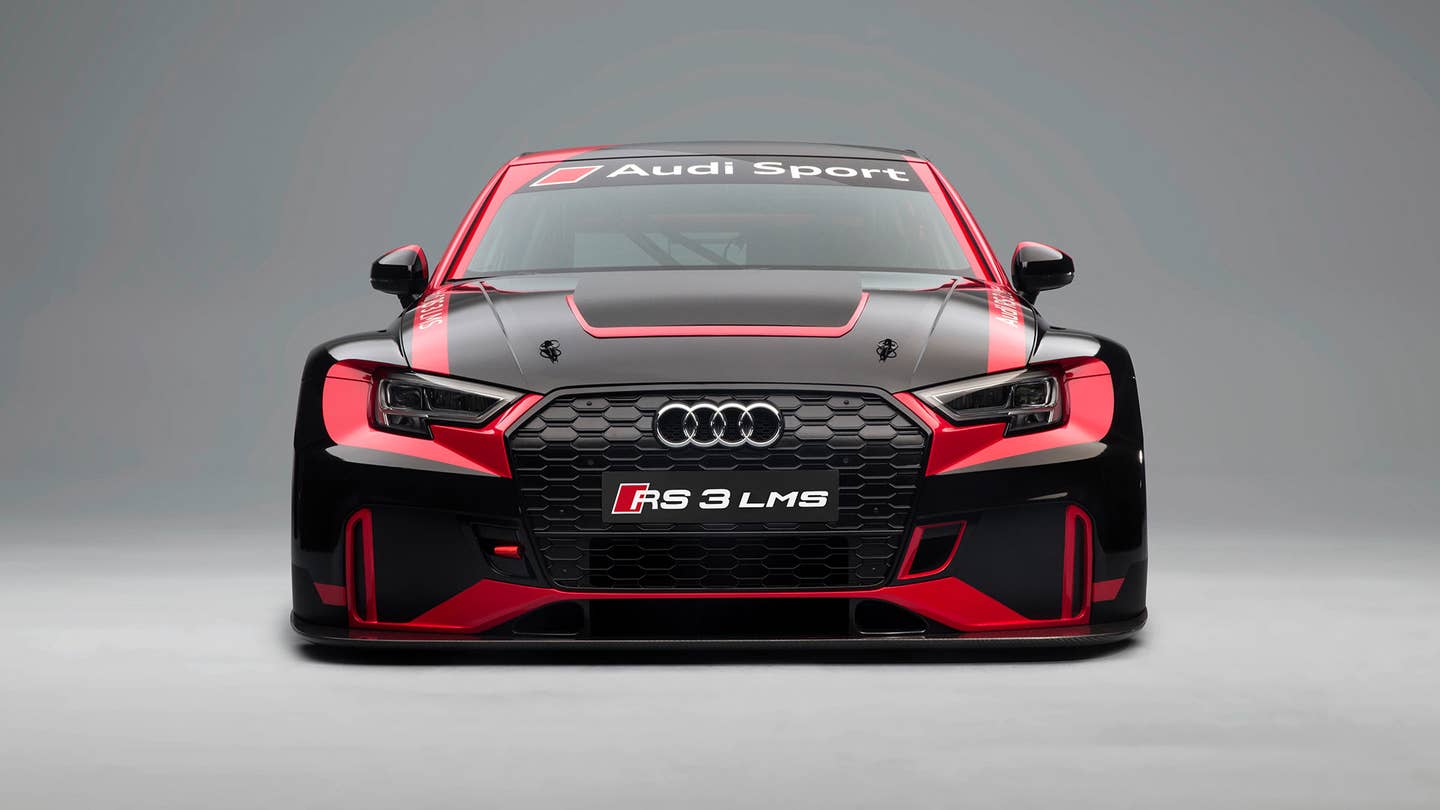 Ever driven a Hellcat? Then you know it is almost impossible to get all that power to the ground. So we're glad to see spy shots of an ACR Challenger have emerged. The photos show a Challenger with wide rear tires for improved traction, helping push Hellcat levels of power to the pavement. Although a Challenger ACR will reportedly have a widebody kit, the test vehicle shown did not have one. Expect to see the finished Challenger ACR late next year.

This past week, Audi unveiled their RS3 LMS race car at the Paris Auto Show. The heavily modified race car is powered by a 2.0-liter turbocharged inline-four making 330 horsepower. The car should be available to race teams for the 2016 season.

General Motors and the U.S. military have teamed up to design a new test vehicle. The truck, called the Colorado ZH2, is based off a Chevy Colorado—but has a hydrogen fuel-cell powertrain, a modified suspension, a widened body, Recaro seats, and plenty of other features to better equip the vehicle for military applications. Engineers plan to test the vehicle in the field next year.

Bonfires are great during cold nights, but they cruise through wood supplies, and often create a massive plume of smoke. Fortunately, the folks at Solo Stove have created a bonfire that maximizes efficiency through strategically placed oxygen holes and a two-walled encasement. No more running around the fire trying to avoid nasty vapors.

Turn your Apple Watch into a fashion statement with the Nomad leather strap. Made of Horween leather and a 316 steel buckle, it will transform your watch into a true accessory, rather than just a tiny computer constantly reminding you how lazy you are.

Bass Pro Shop just announced that they acquired Cabela’s for a whopping $5.5 billion. Most of you probably know both outdoor equipment outlets, and if you're like me, have wasted countless ours wondering their aisles. At the moment, Bass Pro Shop does not intend to rebrand Cabela’s but things may change in the coming years.

Danner has always done a fantastic job making boots for the military, law enforcement, and civilians, so even though hiking season may be fading, its wares are worth checking out. If you are looking for a leather boot with plenty of support, consider the Mountain Light Cascade Clovis.