At least, it gets The Drive's resident EMT salivating. 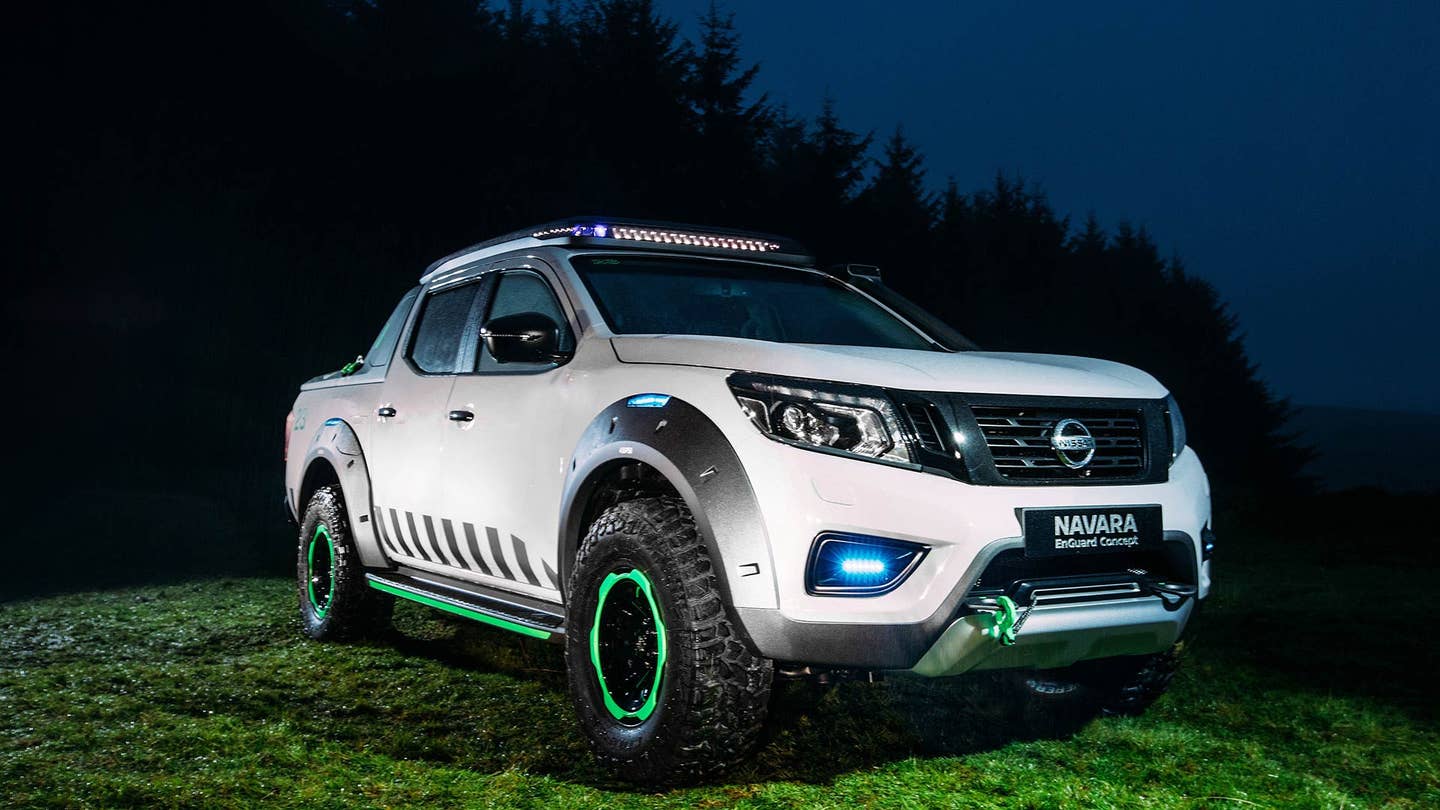 In an effort to grab the interest of emergency service provides, Nissan has whipped up the Navara Enguard Concept for the 2016 IIA Commercial Vehicle Show in Hannover, Germany. As The Drive's resident emergency services expert, I can officially say: Interest grabbed.

Roughly the size of a Toyota Tacoma or Chevy Colorado, the Enguard concept was designed to serve as a compact yet capable rescue vehicle. Lifted two inches, equipped with four-wheel-drive, and covered in fender flares, winches, tow hooks, and flood lights, the Navara Enguard seems geared more towards off-road search-and-rescue than highway crash sites.

Nissan has equipped the vehicle with two-kilowatt batteries that can easily power the Jaws of Life, search lights, computers, monitors, or whatever else you might need to charge during extended field operations. It's a handy touch for first responders, enabling them to power their gear without choking on the exhaust fumes of fossil fuel-powered generators. ​Plus, when the job's done, the vehicle’s 187-hp 2.3-liter diesel engine recharges​ the generator's batteries, thus giving EMTs one less thing to check at the start of each shift. ​

To make sure the concept is hard to miss at night, Nissan has strategically placed low-profile LED lights on the roof, in the fender flares, and facing backwards from the rear of the cab, along with enough flood lights to illuminate the hell out of a scene.

The rear of the vehicle is filled with slide-out drawers housing oxygen tanks, radios, flashlights, harnesses, medical equipment, and a flurry of other necessary gear that transforms this pickup into a rolling supply closet for emergency responders.

On top of all that, the Navara Engird comes with a DJI Phantom 4 Drone that can be operated by emergency responders as they watch HD video from a display monitor at the rear of the vehicle.

While it seems unlikely that Nissan will bring this concept to production, at the very least, it should provide emergency vehicle outfitters​ with plenty of inspiration for their future builds.