The truck will be shown off in early October. 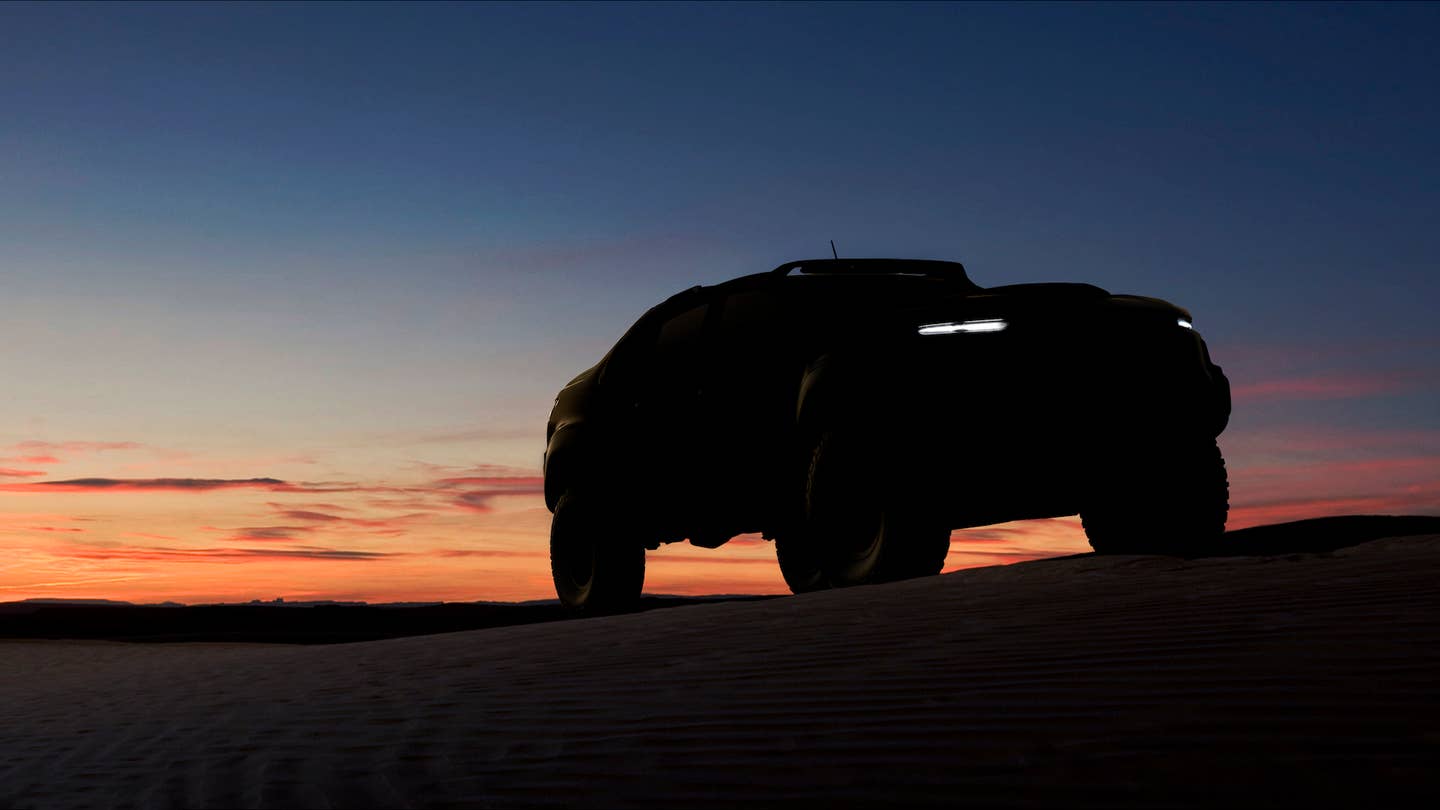 Nine months after the United States military announced it was interested in an alternative-fuel version of Chevy's entry-level pickup, the automaker confirmed that the Army's new rig is almost done. General Motors has announced its fuel cell-powered Chevy Colorado created for military use will be revealed in early October, while dropping a shadowy teaser image of the new mil-spec rig.

The hydrogen-powered pickup is a joint project of GM and the U.S. Army Tank Automotive Research, Development, and Engineering Center, also known as TARDEC, created as part of an agreement the two organization signed in 2015. Under the terms of this agreement, TARDEC can use consumer automotive tech in the military world, while GM receives the opportunity to collect feedback on its upcoming fuel cell initiatives.

“Fuel cell propulsion has low-end torque capability that is useful in an off-road environment,” TARDEC director Paul Rogers said. “It also offers additional characteristics attractive to both commercial and military off-road use.”

When the truck debuts next month, the Army will show off the truck's new powertrain and how it could be beneficial in a war zone. GM expects the vehicle to be quieter than gas-powered rigs, while the fuel cell powertrain will be capable of helping to generate power and water for troops on the go. Further testing of the new vehicle will occur in 2017.

“This project is another example of how fuel cell propulsion can play a role in non-traditional applications,” Charlie Freese, executive director of GM’s Global Fuel Cell Activities, said. “We need to continue pursuing these opportunities along with our plans for production of a commercial fuel cell system in the 2020 time frame.”

The new truck will be shown off on October 3rd to the Association of the United States Army. In the meantime, check out The Drive's Drive Wire from last year, when we originally reported on the military's interested in a fuel-cell powered Chevy Colorado.