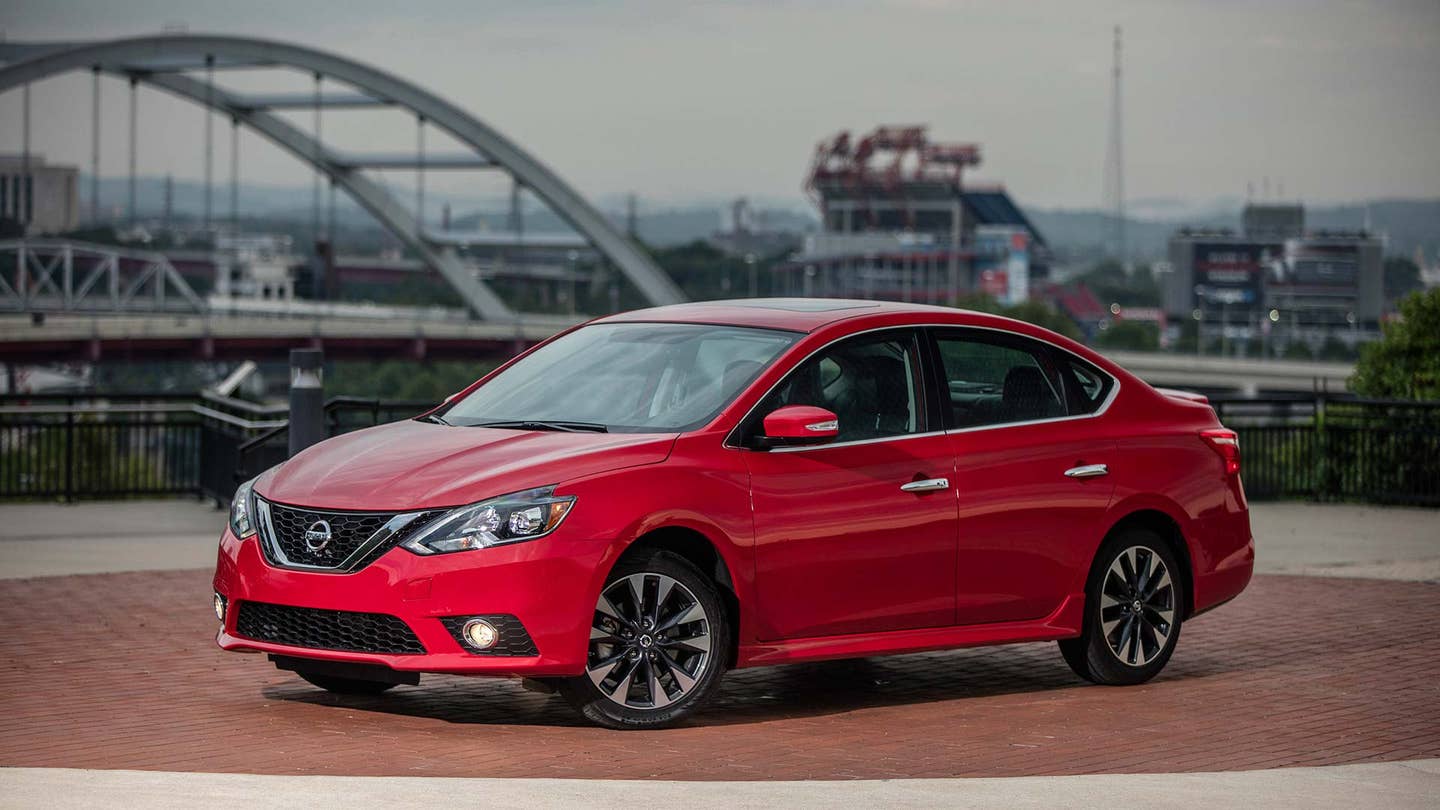 In an effort to make a notoriously boring car a little less . . . boring, Nissan has turbocharged the Sentra SR to give it a much needed kick. Originally packed with 130-hp, the new turbocharged 1.6L four-cylinder jumps to 188-hp. Although that's still a fairly tame number, coupled with a 6-speed manual transmission, the powerboost could actually be fun.

The 2017 Nissan Rogue gets a little leaf next to its name, thanks to an all-new hybrid powertrain. The 2.0L inline-four and an electric motor churn out 176-hp. Although official mpg numbers have yet to be released by Nissan, you can expect city mpg to clock in around 33 mpg and highway 35 mpg.

Tesla has nothing on the Proterra E2 Bus. The bus is capable of traveling 600 miles on a single charge thanks to a 660 killowatt-hours battery (essentially 11 Teslas). With a range like that an a capacity of 70 people we hope you have already started composing an email to your town to purchase one of these buses.

If you are looking to film your next high-octane adventure you might want to purchase a Sony FDR-X1000V/W 4K Action Cam. Equipped with a splashproof casing and 4k recording capability, the FDR is a welcomed addition to action sport filming. The updated model has been given such additional feature like SteadyShot image stabilization and facial recognition.

Today’s beer pick takes us to Central Waters Brewing Company in Amherst, Wisconsin. Having gained a lot of traction since its founding in 1996, Central Waters has expanded its distribution across the country. Still, they have maintained the ability to experiment and successfully transport volatile beers throughout the country with losing flavor or integrity. If you are able to pick up a bottle, we recommend Illumination IPA.

The summer may be ending but that doesn’t mean you have to stop surfing. Instead of draining your pockets by paying full price for wetsuits, fins, leashes, pads, etc, head over to Steep & Cheap and take advantage of their Surf Sale.

Is this the perfect bike for those who hate life?

Bonus: Some dude nearly gets run over.

The beleaguered manufacturer believes a proprietary rideshare service can help turn the brand around.