Everyone else is doing it, so why shouldn’t they? 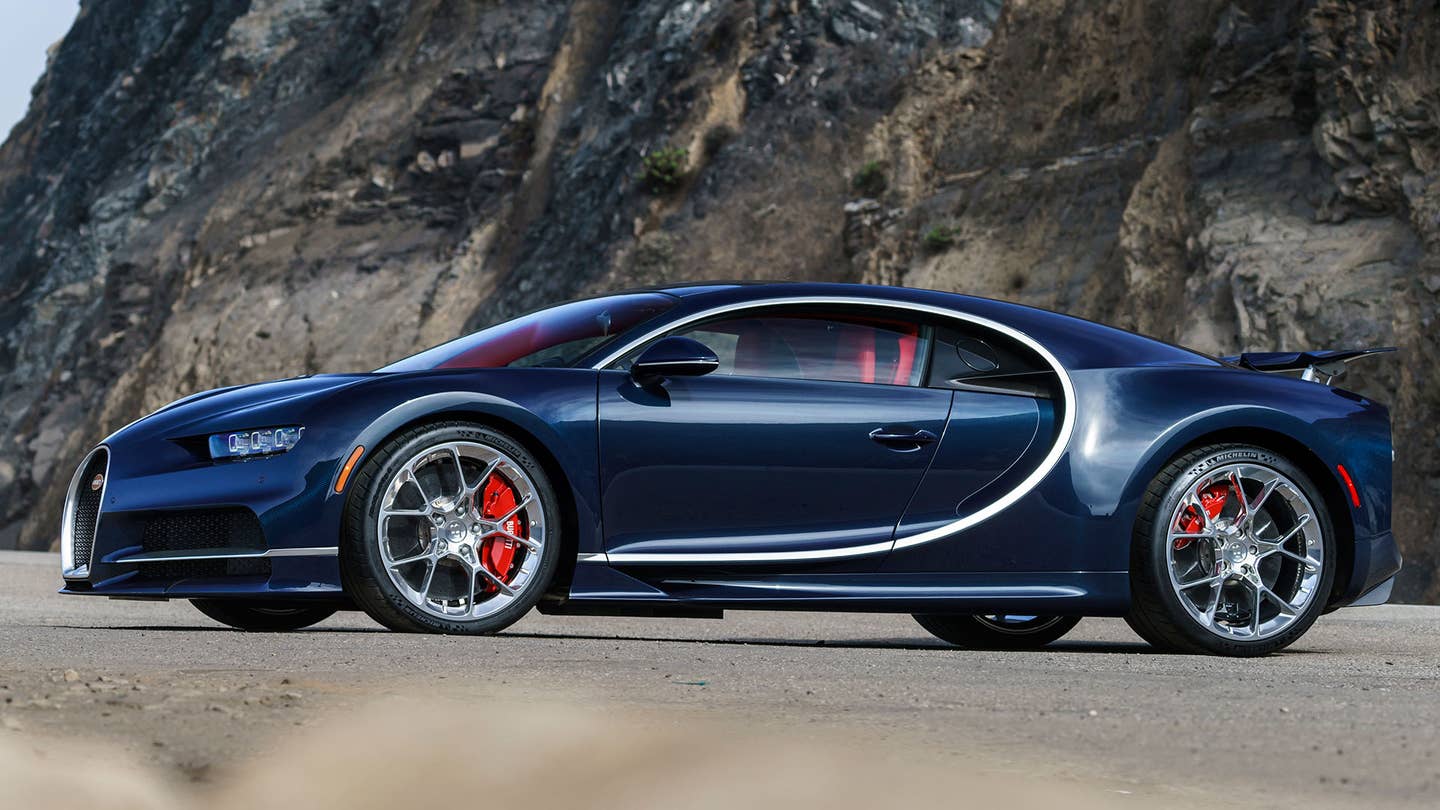 “This is something we have under consideration now,” Bugatti bossman Wolfgang Dürheimer told Autocar. “We will see what the future brings.”

According to, any electric motor assistance will be specifically for the purpose of pushing the car’s batshit-crazy performance even further into the realm of chiroptic guano.

“If we would do a hybrid component, then it would not be to drive around in the city using electric motors. It would only be to add to the performance,” Dürheimer said.

Adding electric motors isn’t a new idea for the supercar company, the CEO said. While the crew at Bugatti managed to boost the company’s W-16 engine from the 1,184 horsepower of the Veyron Super Sport to the 1,479-hp output of the Chiron without adding hybrid tech through some Franco-Germanic combination of science and sorcery, the company had debated using batteries and electric motors to boost output to desired levels if it couldn’t find another means of reaching the desired power.

Not that it would be a cinch to wedge the batteries and motors inside the Chiron’s shrink-wrapped carbon-fiber skin. Dürheimer explicitly called out packaging concerns as one of the issues that would confront the company if it chose to hybridize its cars.

Apart from the Pagani Huayra, every one of the Bugatti Chiron’s “competitors” in the hypercar arena—Ferrari LaFerrari, Porsche 918 Spyder, McLaren P1, Koenigsegg Regera—all resort to a combination of gasoline and electric power for propulsive duties. Those cars, however, all go about it in different ways; the LaFerrari is a mild hybrid that uses a small electric motor to fill in the torque curve, the 918 and P1 are capable of limited range on electric power alone, and the Regera uses the electric motors’ torque in part to replace a gearbox.

This isn’t the first time Dürheimer has broached the subject of a Bugatti powered by something other than just straight gasoline. In a chat with Bloomberg several months back, he mentioned that Bugatti could revisit electrically-powered vehicles at some point. A recent report from Australia’s Drive (no relation) claimed the carmaker is considering adding an electric supercar to its portfolio, but for now, that remains one of the many Bugatti rumors roaming the World Wide Web.