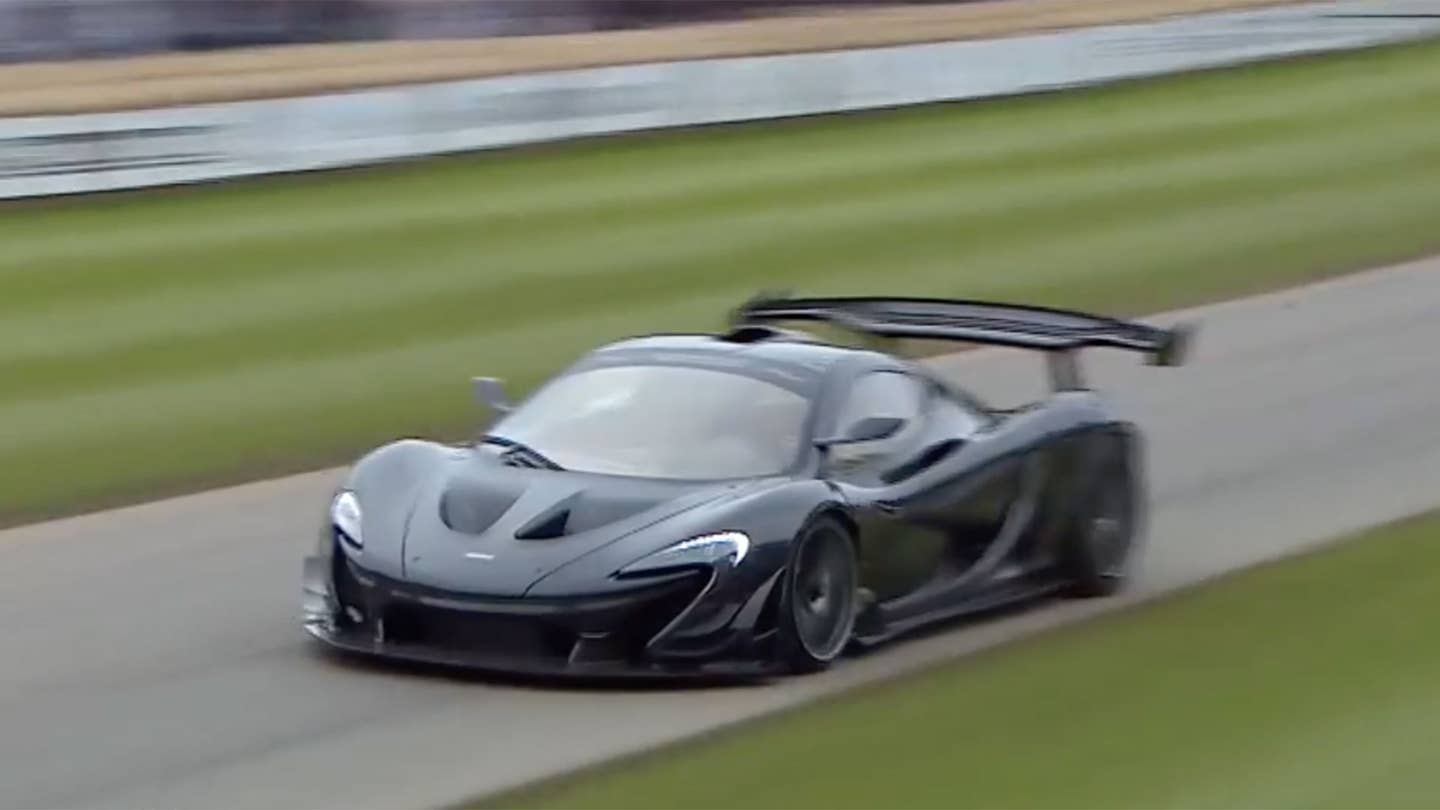 At long last, we may find out what the Big Mac can do at the 'Ring. The McLaren P1 LM may shoot for a Nurburgring lap record when it goes to the fabled German race track for development work later this year, according to the company responsible for crafting the street-legal track stars.

The head of British-based Lanzante, the automotive restoration and motorsports company tasked with developing the McLaren P1 LM from the bones of the for-track-use-only P1 GTR, says shooting for a production car lap record won't be job one when the company heads to the track, but if the stars align, the company might take a stab at breaking the Porsche 918 Spyder's 6 minute 57 second lap time.

"We’ve seen what the road car is capable of there and we’ve got simulations of what our car can do," Lanzante bossman Dean Lanzante and son of founder Paul Lanzante told Autocar.

But there's no guarantee the company will have the chance to go for a record run. As Lanzante put it, the small company lacks the time and money to dedicate itself to a record attempt on the scale of the deep-pocketed men from Zuffenhausen.

“We don’t have the finances or the time to do something like Porsche,” he said. “If it rains, the track isn’t fast enough, so we can’t do a lap."

"And we don’t want to do a Koenigsegg,” he added, referring to the recent crash of the Swedish supercar-maker's One:1 while testing at the German race track.

McLaren's latest supercar has a strangely convoluted history with the famed Nurburgring Nordschleife. While the carmaker tested the P1 extensively at the track and admitted it cracked the seven-minute barrier, it never released an official time—and was notoriously cagey when it came to declaring whether or not the car had beaten the 918 Spyder around the course. The sports car company even went so far as to release a cheeky video that almost seemed designed to taunt the lap time-crazed public. We've included it below—partly to see if it has as much 'tude as we remember, but mostly because it also features a ton of gorgeous footage of the McLaren P1 running the Green Hell.