Will this be the end of those sweet stock car smokescreens? 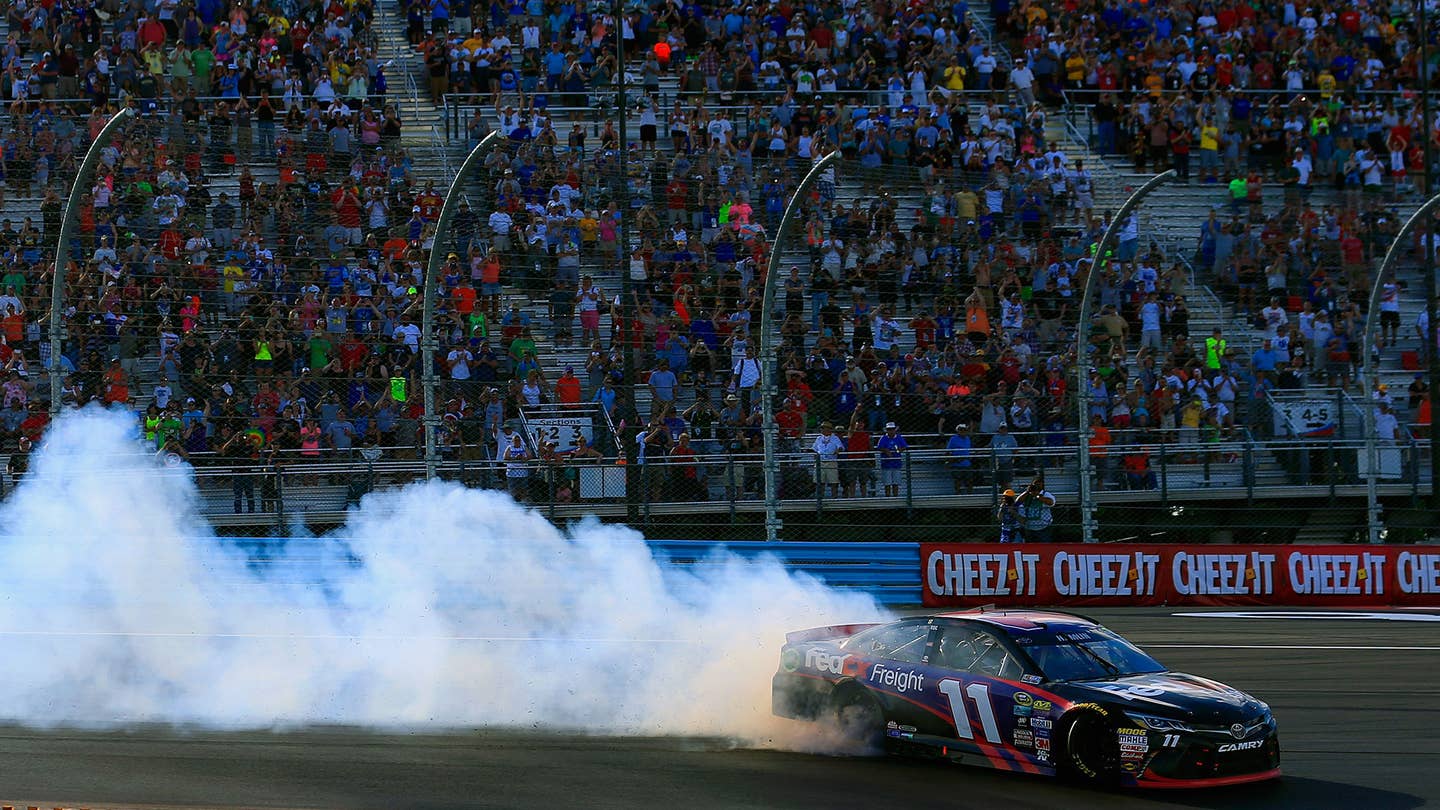 Stock car drivers and fans might be enjoying smoky tire burning a bit more than the race officials. NASCAR is considering limiting post-race burnouts because it fears drivers may be intentionally damaging their cars before they can be examined by race officials. Extreme paranoia? Maybe.

Currently, winning drivers are allowed to celebrate a win by doing a victory lap, ripping some donuts, or laying down a massive burnout before coming in to victory circle. But while slaying tires might look like harmless carcinogenic fun, it's possible drivers are also covering up duplicitous changes to their vehicles. After a stock car finishes its last lap, it is not allowed to be "altered or adjusted in any manner" until it is inspected during the impound session. By burning through tires to a point where they can no longer be driven on, like Denny Hamlin did after the Cheez-It 355 at Watkins Glen, a driver could alter his or her ride enough to make it substantively different than it was when it flew passed the checkered flag...and thus, in theory, cover up a performance-enhancing change.

Though no recent investigations conducted by NASCAR have proven that drivers were doing burnouts or similar celebratory acts with malicious intent, officials do not want to risk it. For its part, the racing league believes the drivers can still find ways to have fun and excite spectators without the possibility of damaging their race-winning cars. "We want to see a celebration and we think that drivers can celebrate without doing that," said Steve O'Donnell, NASCAR's executive vice president and chief racing development officer.

We'll take your word for it, O'Donnell. But like most of your fans, we at The Drive are very much #TeamBurnout.

GM took to Goodwood to show off the 640-hp muscle car’s showboating feature.