The future hasn’t quite arrived yet, but you can see it from here. 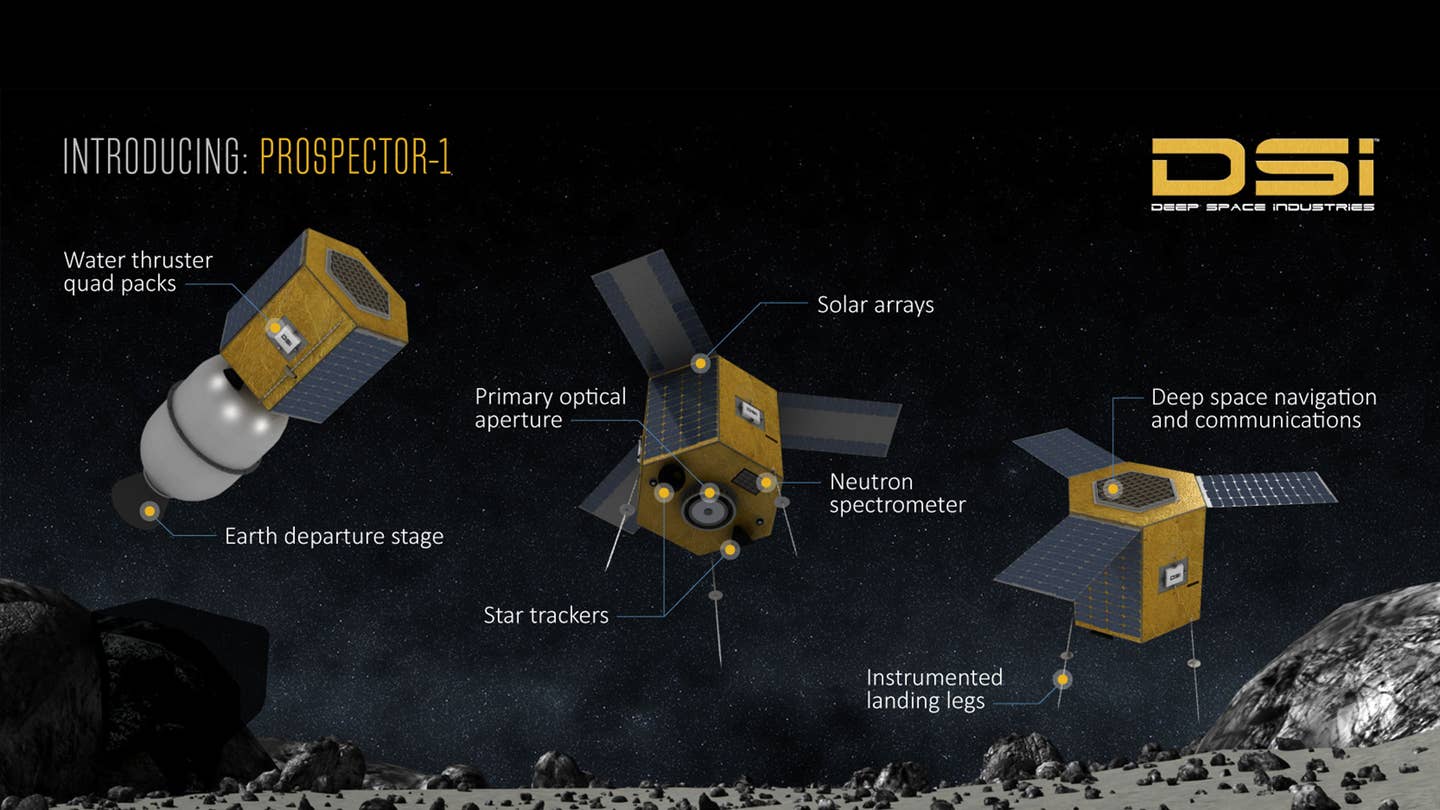 Consider the long, proud history of prospecting in the Golden State, it seems oddly appropriate that a California company plans to be among the first to place a resource-hunting probe on an asteroid. And this week, Deep Space Industries revealed its first mining space craft, which it intends to launch by the end of the decade.

If you're picturing something along the lines of the machine gun-equipped mobile drilling rig Ben Affleck drove in Armageddon, slow your roll. Prospector-1, as Deep Space Industries calls the mission, will weigh in at around 120 pounds, and won't be equipped with anything meaner than a couple gas-jet thrusters. Once lofted into orbit and lobbed into interplanetary space, Prospector-1 will be directed towards a predetermined target asteroid, then placed into orbit around the space rock, where it will survey the surface with an array of visible infrared cameras and a neutron spectrometer to determine if the asteroid has water.

If the little space probe spots a location that appears to stand a good chance of boasting H20, Prospector-1 will set down. Doing so not only allows the probe a chance to, in the words of astronaut Mark Watney, "science the shit out of [the asteroid]," it also helps Deep Space Industries set a precedent for future mining operations.

The future of space exploration depends as much on finding water in the final frontier as anything else. In addition to being vital for humans, plants, and any other life mankind want to keep happy outside of Earth's atmosphere, splitting it into hydrogen and oxygen provides the basic ingredients needed for many rocket engines. For Prospector-1, the search is particularly personal: its thrusters use superheated jets of water vapor to maneuver the craft around.

Deep Space Industries reportedly has a wide variety of different potential dates in mind for launching Prospector-1, but it could land on a chunk of floating space debris as soon as 2019. (Before that, however, the company intends to launch a test run called Prospector-X, which it is developing with the government of Luxembourg; that probe should be blasting into orbit sometime next year.) So if your lunar-dwelling great-great-grandkids ever ask why the Armstrong City 19ers have that name, well, now you know.