Each $20 card also scores you $5 in Starbucks-bucks. 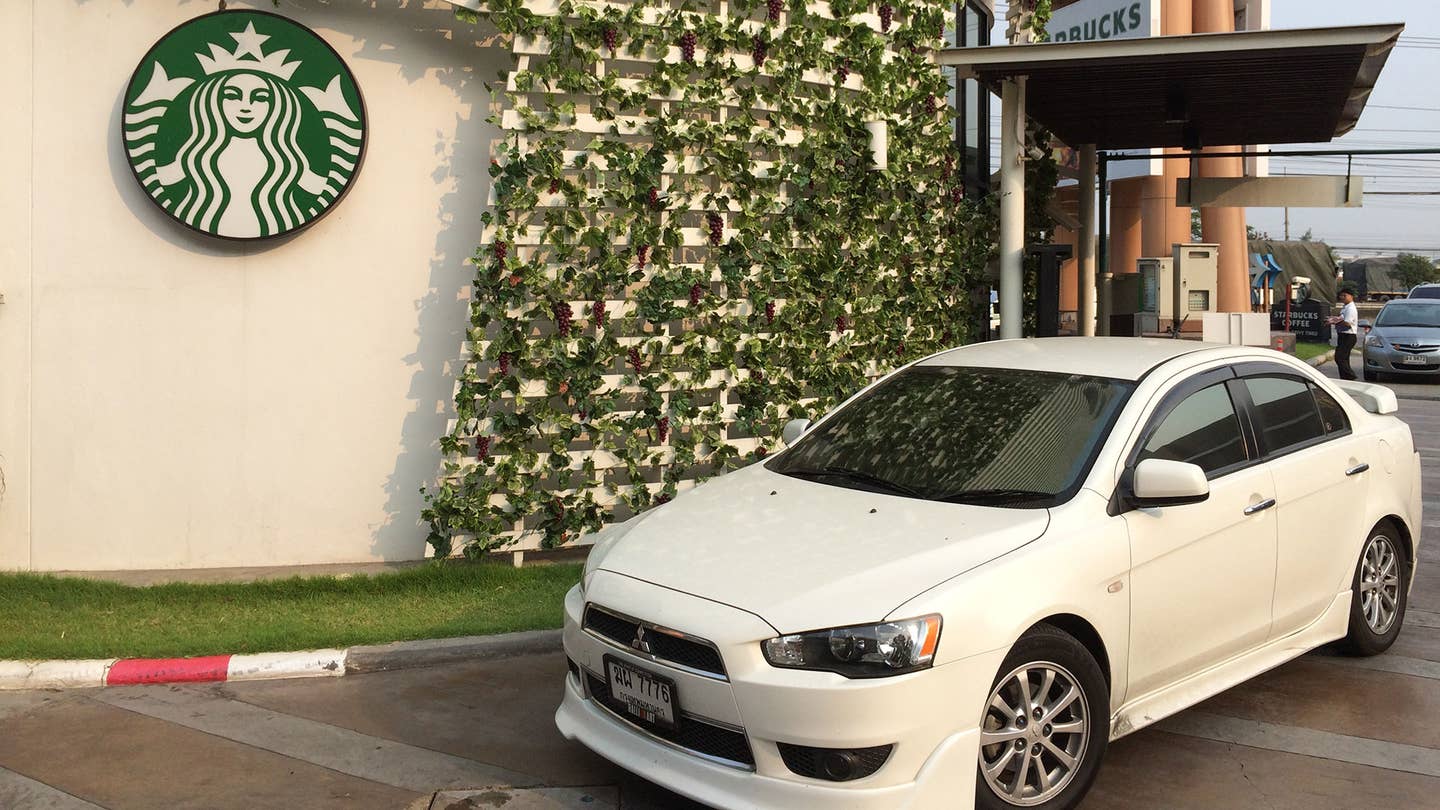 Until now, there hasn't truly been a viable 21st Century ride-hailing option for those who don't like keeping money in banks. But with its new plan to sell gift cards at Starbucks locations, Lyft intends to give those bank-phobic customers a way to avoid charging their debit cards. Or, at the very least, score free coffee for its users.

On Tuesday, Lyft announced that the app-based ride-hailing company would begin selling $20 gift cards for its services at participating Starbucks coffee shops around the United States. But as they say in the late-night infomercials, that's not all. To throw potential Lyft users over the caffeinated edge, gift-card buyers will also be handed a $5 Starbucks gift card; on top of that, if they link their Starbucks accounts to their Lyft apps, the company will grace them with 125 stars, which is about what it takes to pick up a free cup of joe. TL;DR—pay for your Lyft with the pink card, and you can double-fist with a tall Frappuccino and a coffee through your whole ride without dropping an extra dime.

Previously, Lyft had joined forces with Starbucks to offer rides to baristas, as well as to allow its drivers to capitalize off of coffee perks.Considering the long hours and late nights many taxi drivers endure, you'll probably agree with us in saying the world is better off filled with overcaffeinated hacks.

Granted, if the idea here is that riders will go to a Starbucks, buy a gift card, order a free drink, and then hail a ride, we at The Drive aren't not too sure how well this will actually go down. In our experience, for-hire drivers don't usually have the most gentle throttle or steering inputs, or cars with the most cloud-like rides. (Then again, we don't often spring for Uber Black or Lyft's Premier, so maybe it's better for the bourgeoise.) If this winds up going the way we imagine, there could well be an abundance of caramel macchiato stains on the backseat of your next Lyft.

Lyft says its gift cards can be bought starting this week in its 20 largest cities in the U.S., though it's unclear which towns exactly those are. So just to be safe, keep an eye out for those pink cards the next time you hit up your local Starbucks.

And don’t be surprised if it happens to be a Chevy Bolt.