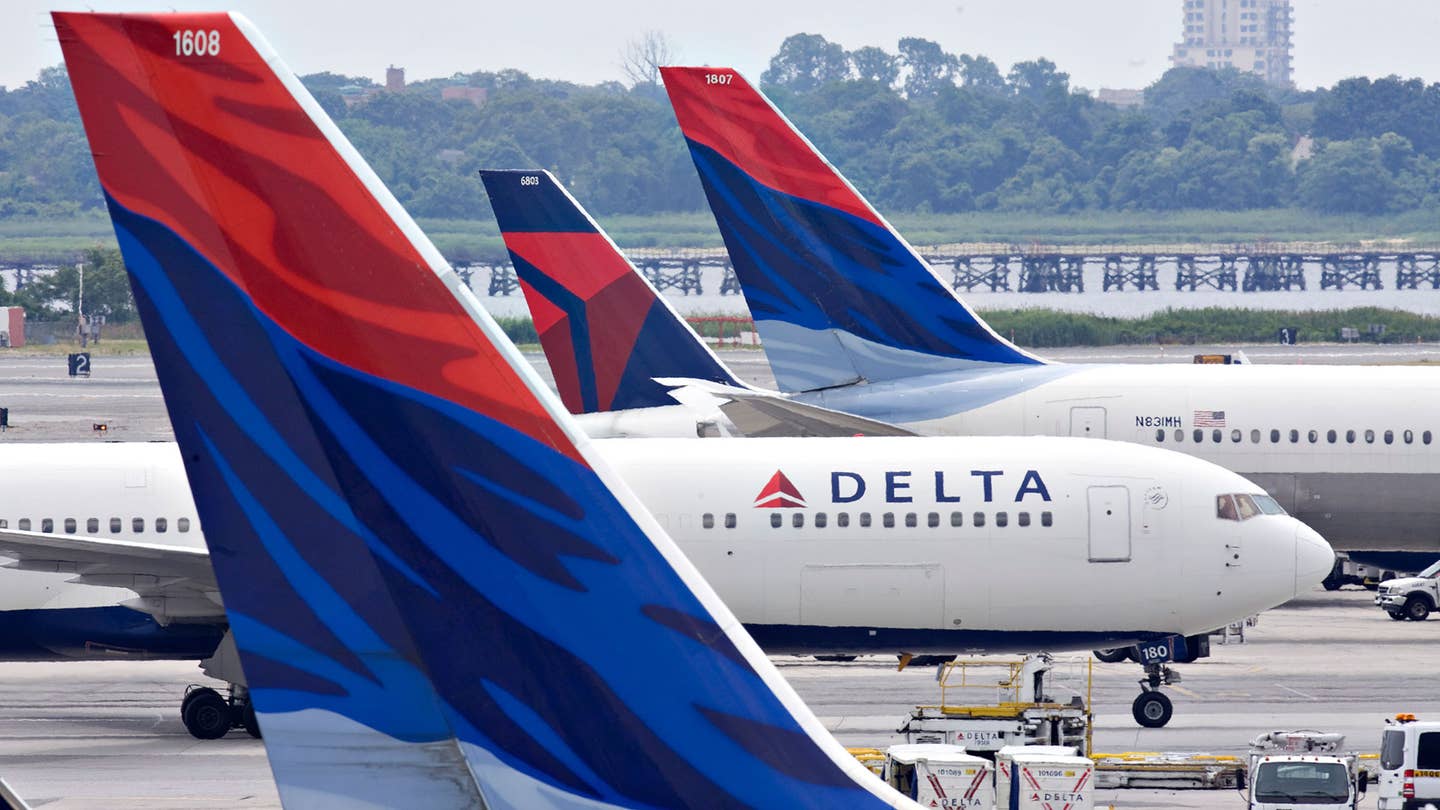 It takes an awfully large number of delayed flights to capture the attention of the global media, but this did the trick: Delta grounded all its flights worldwide earlier this morning after a power outage sent the company's computer system spiraling into chaos.

According to Delta, a loss in power at the airline's headquarters in Atlanta at around 2:30am knocked out some of the airline's computers, causing flights this morning to experience widespread delays around the glove. As a result, the company was forced to cancel all subsequent departures. Flights in the air at the time of the incident were unaffected, however.

Compounding the issue, many delayed flights continued to be listed as "on time" on both Delta's app and at airport monitors, causing widespread confusion at airports across the globe. "We are aware that flight status systems, including airport screens, are incorrectly showing flights on time," Delta wrote in a blog post. "Customers heading to the airport should expect delays and cancellations. While inquiries are high and wait times are long, our customer service agents are doing everything they can to assist."

Delta announced as of 8:40am this morning that some flights had resumed, but cancellations and delays are expected throughout the day. The company cautions that there may still be "some lag time" in the reporting of accurate flight time both online and at the airports. The company is offering affected customers a chance to rebook their flights without financial penalty for flights through August 12.

As always, The Drive suggests taking a car for all trips of less than 500 miles in order to minimize contact with the Dantean nightmare that is modern commercial air travel.