The Teal quadcopter can hit 85-mph, capture 4K video—and maybe even beat a Tesla off the line. 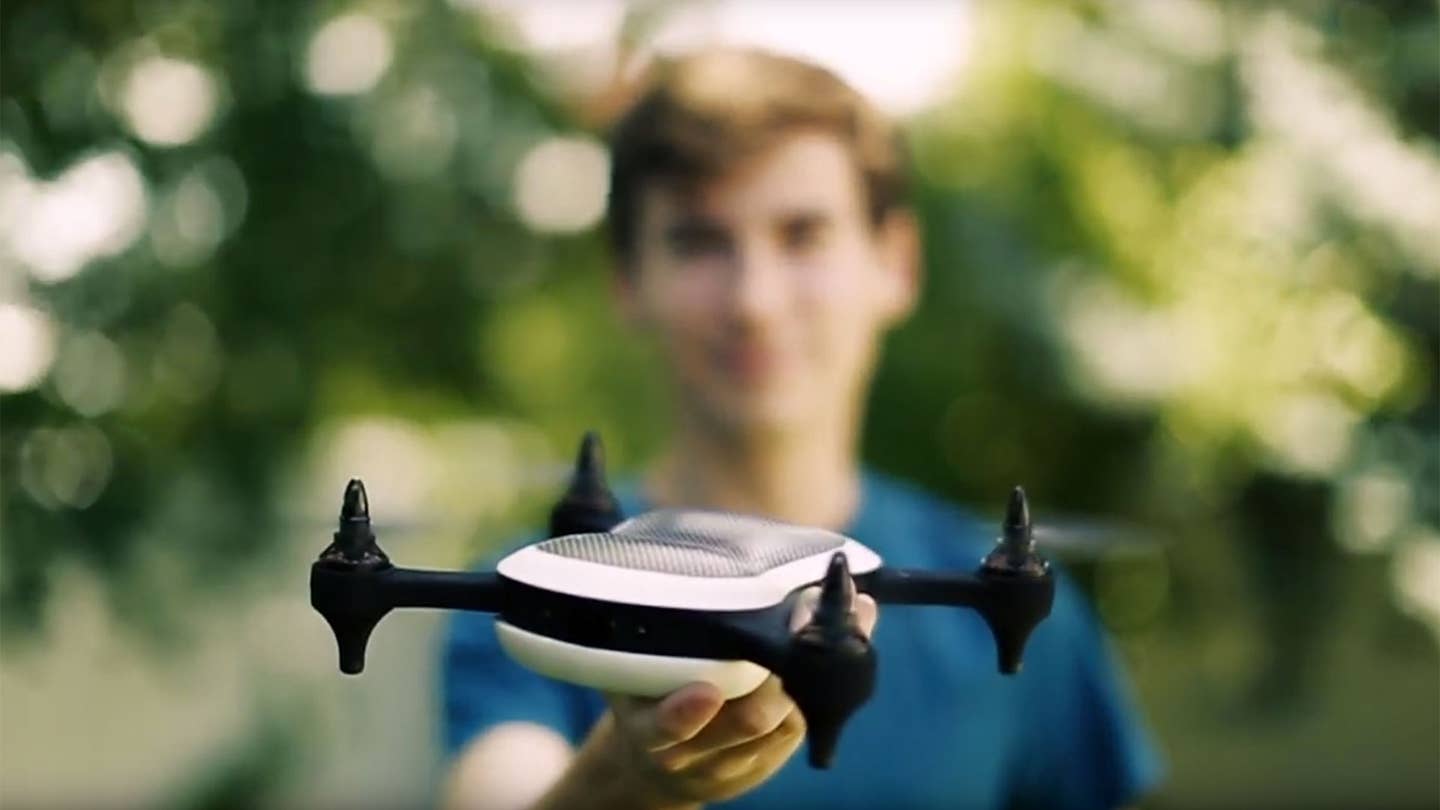 At 18 years old, most of us are too preoccupied with the usual distractions of adolescence to bother inventing anything other than a new way to eat nachos. Clearly, George Matus is not most of us. Because at an age when most Americans are trying to decide which of their bedroom posters to bring to college, this teenager has created the world's fastest production drone meant for everyday folks.

The Teal, as the drone is called, can comfortably hit speeds north of 70 mph, with the company claiming it has seen the quadcopter top out at more than 85 mph in the right conditions. It can hold itself steady in 40 mph winds, execute aerobatic maneuvers, and even blast through rain and snow without issue. The promotional video below seems to suggest the Teal drone can also beat a Tesla Model S off the line, but that's the sort of thing The Drive would need to test for ourselves before we could establish accuracy. (Hint, hint.)

The drone comes with a 13-megapixel camera that can beam live HD footage back to the ground, or record video at up to 4K resolution. With an RC transmitter, the quadcopter can zip as far as two miles from its owner; linked up via Wi-Fi and using an optional range extender, it can go roughly a quarter that distance. The drone can stay aloft for up to 10 minutes at a time, though the company says it's easy to swap out the battery for the included spare when the first one goes dead. Recharging takes about half an hour. There's also an extended range package that doubles the flight time, albeit at the expense of weight and speed.

But Teal's real ace in the hole is the computer hidden inside it. The NVIDIA TX1 processor cranks out enough power, according to Mathusis, to act as a gaming computer if you plug a monitor into the HDMI port. Thanks to it, the drone can follow its owner like a puppy, obey geofenced boundaries, and record flight telemetry that can be compared against other users in a racing league. The company plans on opening up the drone's software to anyone, enabling users to program it however they see fit.

Matus comes by his passion for drones honestly. According to The Verge, he's been flying the unmanned aerial vehicles since he was 11 years old; by 16, he was racing them professionally. Instead of heading off to college, though, he took up Silicon Valley billionaire and Gawker arch-nemesis Peter Thiel on a fellowship offer that enabled him to start Teal.

If you feel like picking one of these quick little quadcopters up for yourself, Teal has begun taking pre-orders, with plans to have them ready before Christmas. Each drone runs $1,299, plus $20 for shipping. Not bad for a weatherproof UAV that can double as a computer you can plan Doom on.