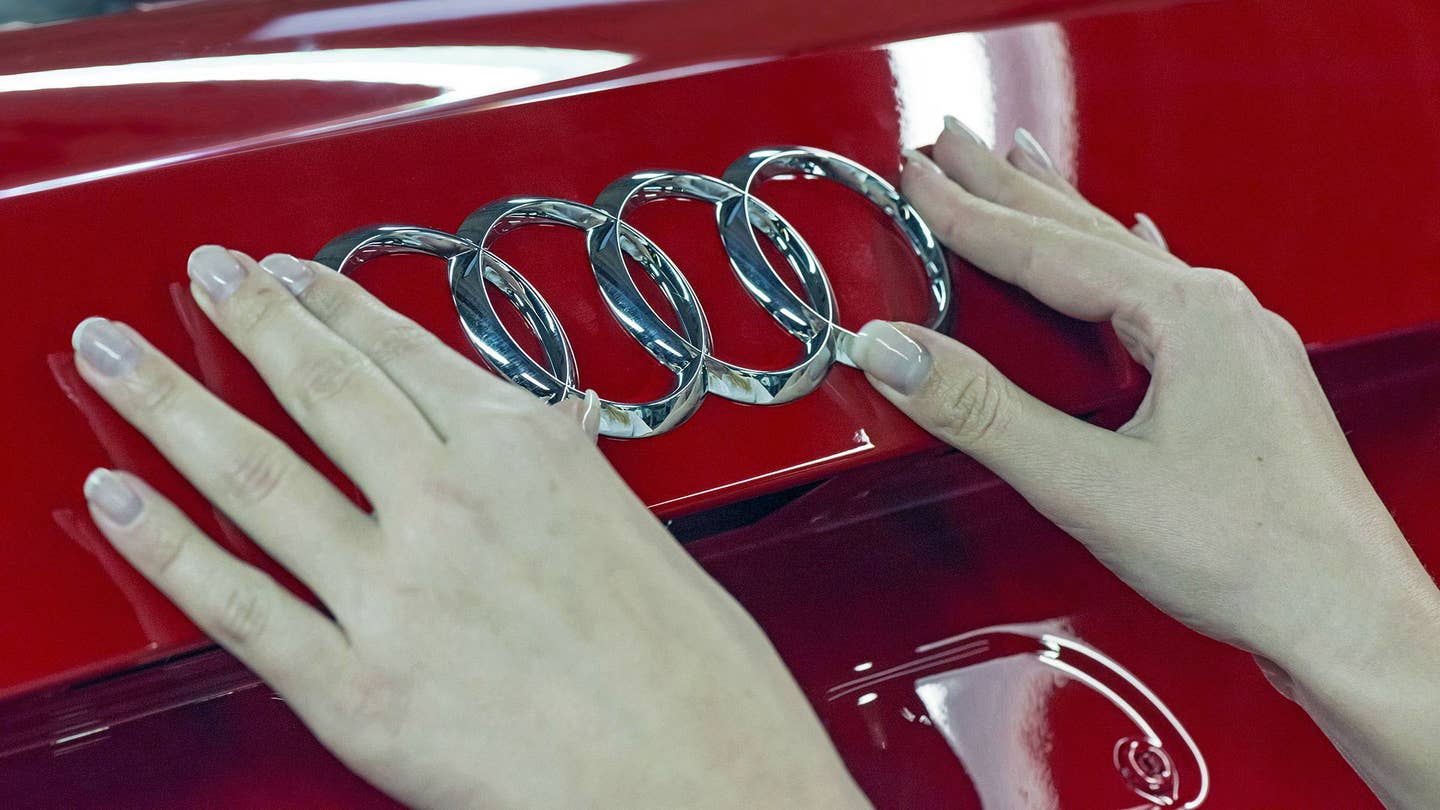 As part of Volkswagen's plan to dramatically push into the realm of futuristic mobility, Audi will divert one-third of its R&D budget to electric vehicles, self-driving cars, and digital services, in a move to battle Tesla on the front lines of the eco-friendly luxury vehicle revolution.

Reuters said two sources within company confirmed the plan, adding that Audi is aiming to have electric vehicles account for one-quarter of the brand's sales by the year 2025. As Reuters pointed out, Audi sold roughly 1.8 million vehicles last year; if sales were to stay at similar numbers, that would suggest Audi hopes to move nearly 500,000 EVs per year a decade from now. Tesla has also stated a goal of selling half a million electric cars and SUVs per year, albeit with aims of doing so by 2020.

Audi CEO Rupert Stadler is expected to sketch out the carmaker's new strategy for thousands of managers at a meeting in Munich today, according to the sources within the company.

The move is part of Volkswagen A.G.'s "TOGETHER – Strategy 2025," the company's master plan that includes a goal of selling two to three million electric vehicles a year by the middle of next decade. That move came shortly after Germany announced a bold plan to require all new cars registered in the country to be zero-emissions vehicles by 2030.

VW A.G.'s strategy is in part a move to revamp the company's image in the wake of the Dieselgate scandal, which continues to dog the carmaker. Just yesterday, the state of New York filed a civil suit against Volkswagen, claiming the automaker's executives conspired to cover up evidence of emissions cheating; prosecutors in the carmaker's home country are also seeking punitive damages against it.

The implications of Audi's move away from traditional powertrains into EVs and other have already begun to trickle down. Earlier this month, a source inside the VW Group suggested that the V8 engine found in the Audi SQ7 and Porsche Panamera Turbo will likely be the final eight-cylinder architecture to be developed by Audi. And with the carmaker pushing so hard into the EV realm, the new V8 is not likely to be the final engine left behind as Audi marches into the future.