As if BMW didn’t already have enough models. 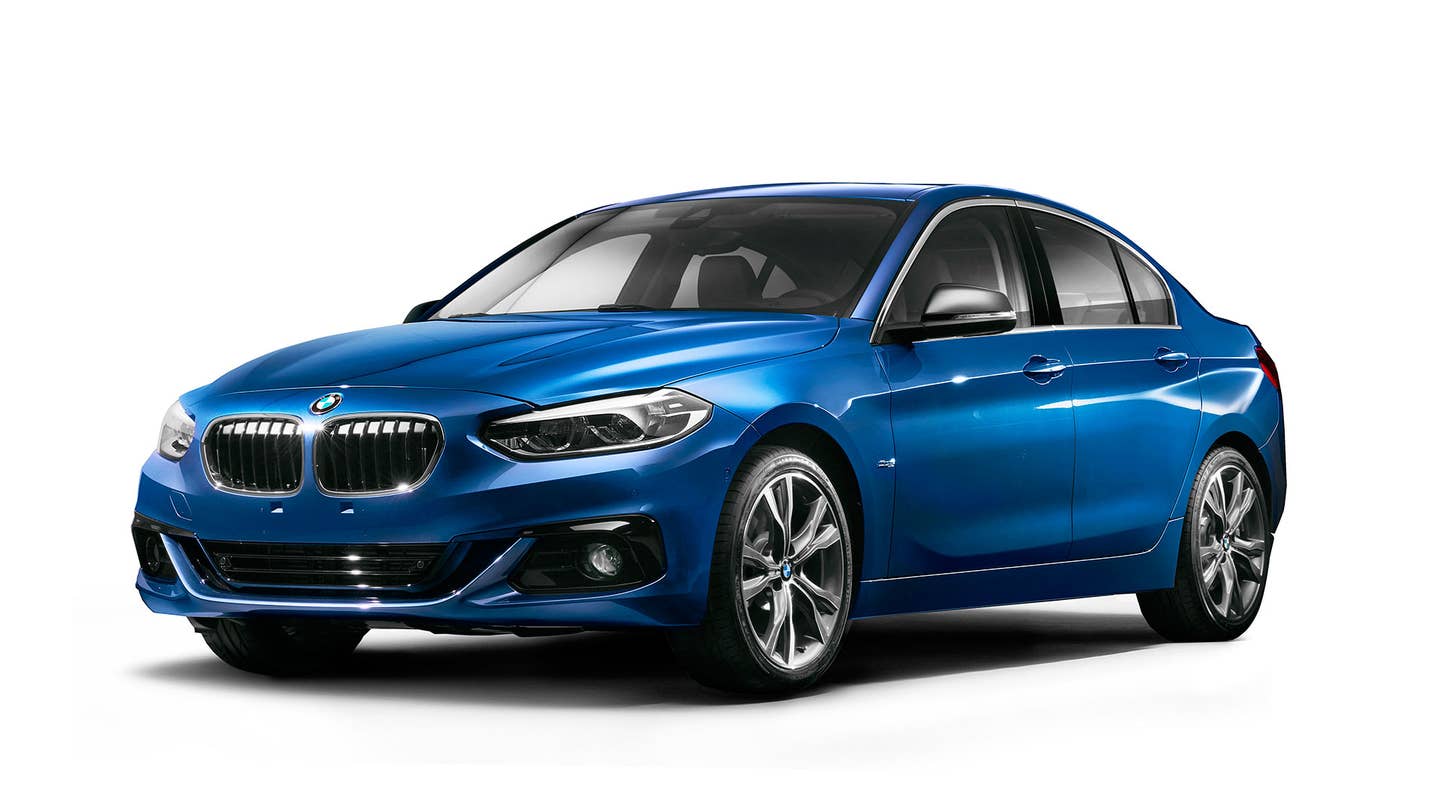 BMW's seemingly-boundless appetite for new models has led to yet another new car in the company's lineup. The new BMW 1 Series sedan is the smallest four-door the German automaker currently has on sale. Unlike many other cars in the company's portfolio, though, the new 1 Series will only be available in one country: China.

Details on the new BMW 1 Series are limited for the time being, but here's what we do know: It is small; it has four doors; and it will be built in China. In fact, the car was designed specifically for and developed in the Chinese market, with BMW going out of its way to subjected the car to rigorous testing that simulated specific Chinese driving conditions. It's unclear what engine powers the new 1 Series, but according to BMW, the Shenyang engine plant engine plant where the car's motors are made only makes three- and four-cylinder engines.

The 1 Series sedan, which is the fifth BMW model to be produced in China, first made its debut in concept form at the Guangzhou Motor Show in 2015 as the BMW Concept Compact Sedan. BMW says the production version is the first compact sports sedan ever to be built under the Bavarian automaker's name, though we wouldn't be all too surprised if the car was actually the same length as an E30 or E46 3 Series sedan.

If you're really vibing with the 1 Series sedan but live in one of the hundreds of countries that aren't China, don't lose hope. There is a slim chance the car could come to other markets in the future. For funsies, The Drive contacted BMW of North America to confirm the new compact sedan wouldn't be heading Stateside; a spokesperson told us, "At present this vehicle will only be offered in China." Considering the success Audi and Mercedes-Benz have had with the A3 and CLA-Class, respectively, we wouldn't be shocked to see the new BMW 1 Series make its way over to our shores.