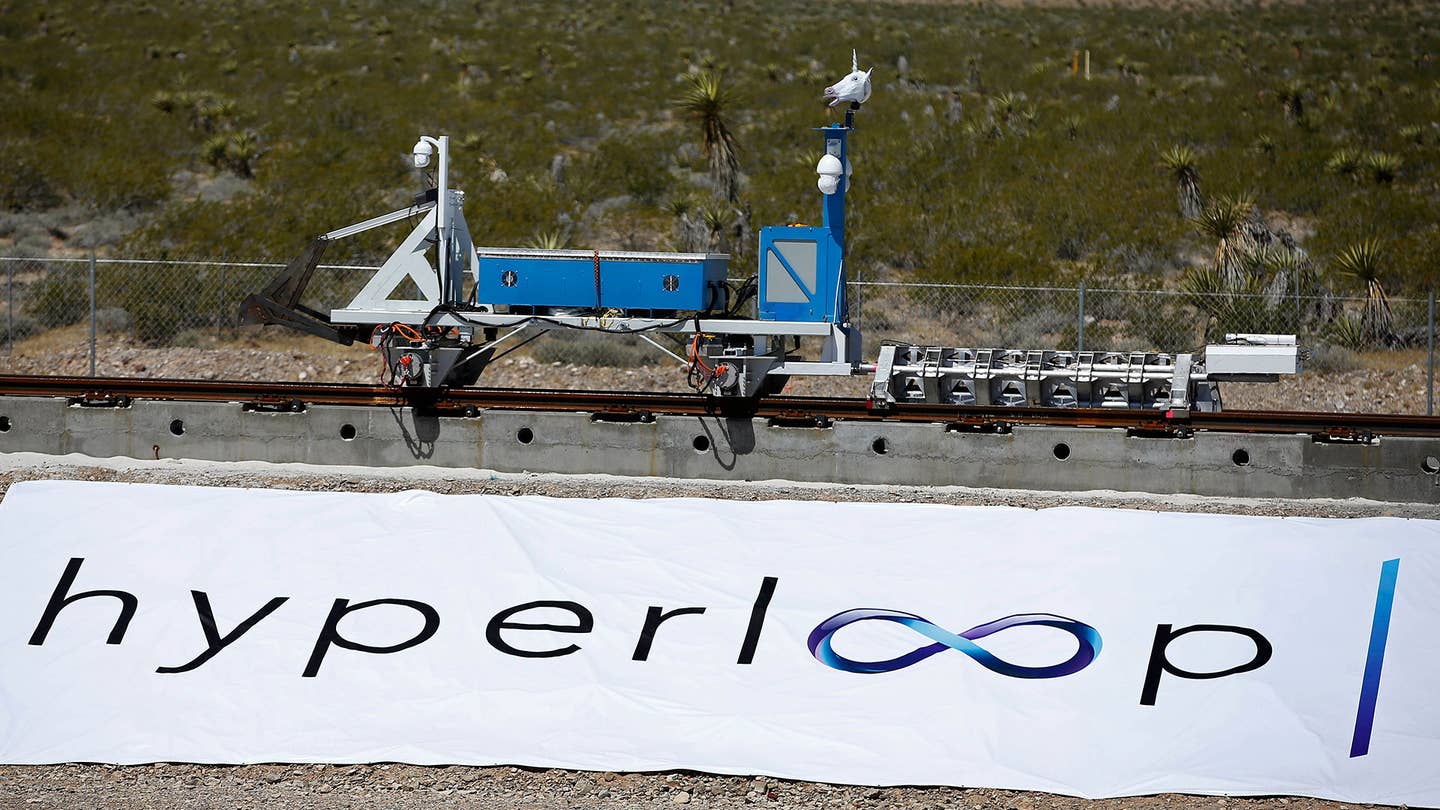 Hyperloop One has a new challenge on its hands—one bigger than finagling its supersonic pod-in-a-pipe travel concept into operation. Brogan BamBrogan, the company's co-founder and former chief technology officer, filed a lawsuit this week in Los Angeles Superior Court claiming he and other senior Hyperloop One employees were forced out of the company.

BamBrogan’s suit paints HyperLoop One as being led by out-of-touch money-men who turned the company into “a marketing-driven exercise” and using the startup to “augment their personal brands, enhance their romantic lives, and line their pockets (and those of their family members).” In full, the suit alleges the following buffet of malfeasance: wrongful termination, retaliation, breach of contract and fiduciary duty, defamation, intentional infliction of emotional distress, and assault.

The troubles apparently began not long after venture capitalist Shervin Peshavar teamed up with former SpaceX rocket engineer BamBrogan two years ago to kick off their Hyperloop adventure: The lawsuit alleges that Peshavar took 90 percent of the company and gave BamBrogan 6 percent. From there, according to the plaintiff’s filing, things went downhill at supersonic speeds

The lawsuit is rife with allegations of nefarious actions. The suit suggests Hyperloop One suffered from an “autocratic governance culture.” There was Shervin Peshavar dating and proposing to the company’s PR rep, upping her salary from $15,000 a month to $40,000, then canceling the contract after the engagement ended. Peshavar hired his brother Afshin Peshavar, a personal injury and criminal defense attorney with no corporate experience, as general counsel. And board member Joseph Lonsdale allegedly insisted on hiring his brother’s two-man investment bank instead of other, superior options.

When 11 employees—among them the heads of engineering finance, operations, bizdev, and legal—wrote a letter to management this June asking for changes, the situation went nuclear, according to the complaint. Leadership threatened the 11 with retaliation that would “pursue them to the ends of the earth” if they didn’t get in line. After that meeting, and a kerfuffle involving BamBrogan and Russian investors, Afshin Peshavar left what BamBrogan described as “a hangman’s noose” on the unusually-named co-founder's desk. (A company source said it wasn’t a noose, it was a lasso, and that Afshin Peshavar was fired afterwards.)

The suit names both Peshavars, board member Lonsdale, and CEO Rob Lloyd as defendants. The plaintiffs are seeking reinstatement, lost wages, stock options, a public apology, punitive damages, and return of “all direct and indirect benefits obtained by defendants.”

Hyperloop One lawyer Orin Snyder said the lawsuit is both “unfortunate and delusional.” A countersuit is expected shortly. As for the actual Hyperloop—well, we're guessing this might delay it a bit.